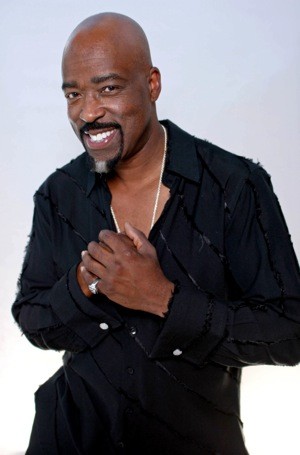 Atlanta based author J.L. King made a national name for himself when he was on the Oprah Winfrey Show telling about the “down low” or the D.L.

It’s a phenomenon mostly associated with black men, but King says men of all colors and nationalities are on the D.L. -- men who sleep with other men secretly while publicly dating women. King’s first book, On The Down Low, made him a controversial star. His second book, Coming Up From The Down Low, showed growth and a different side of King. But his third book is a first -- completely made up. It’s his first novel and it’s fiction.

King will be in Charlotte signing copies of Love On A Two-Way Street this Saturday at 2 p.m. at Borders Books at Northlake Mall.

These days, King is honest about his sexuality. He says that he’s bisexual and has a girlfriend who understands who he is and what he does and he has a male friend who also knows what he’s getting by being with King. When he comes to Charlotte, he’s not just selling books, he will also bring his DVD Saving Our Daughters, which King says teaches young women how to love themselves and that it’s OK not to have a man in your life.

CL: Talk about writing a novel as opposed to your first two books?

King: A lot of people don’t know that I did On the Down Low and Coming Up from the D.L. then I did a book called C.P. Time. It was published by Simon and Schuster through Zane’s imprint. It was a nice book, a fun book. I always wanted to write a fiction book. I always thought I would just be a fiction writer, but life has a way making things different than you hoped they would be.

CL: Why do you think there is so much interest in the “D.L.” lifestyle?

King: That’s so funny you say that. Last night, I did a radio show, and even though the down low thing has been out, it’s been a subject of many conversations around the world. But for some reason it’s a love/hate relationship. I told my publicist the other day, I need to write another book, J.L. King, is he the most loved, hated or misunderstood. [Laughs] People see me and they show me a lot of respect or love and then I get people that say, I hate you, and they spend their entire life tying to discredit me. People love things that they don’t understand, especially when it deals with sex. There are people out there who are so trapped because they can’t explore their sexuality.

For more on the DVD Saving Our Daughters log on to www.jlking.net.