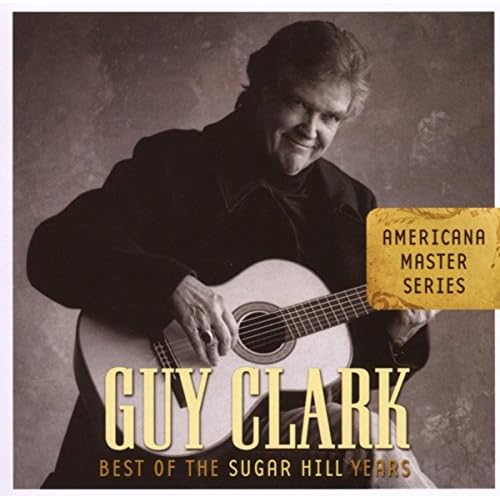 The Good: “Ain’t no money in poetry,” Guy Clark sang on his 1999 release Cold Dog Soup. But set to music, Clarke‘s words have made him one of the most beloved and respected songwriters in the world. Clark’s carefully crafted songs have given a generation of writers the wish- I’d-said-that blues. It’s hard to top word portraits like Townes Van Zandt in “Cold Dog Soup,” standing at the bar “full of angst and hillbilly haiku.” Clark also revels in simple pleasures on “Mud,” getting it on his shirt and between his toes before reverting back to it. “Let the crawfish have their way, its mud to mud and that’s okay.”

The Bad: Sugar Hill only had four albums to draw from and didn’t include anything from 1989’s Old Friends. The list was compiled with input from fans based on downloads and mail as well as requests shouted out live, and it’ll do. Still, you wonder why his magnificent love song, “Coat From the Cold” and “Desperadoes Waiting for a Train” from the live 1997 album Keeper weren’t included instead of the Marty Robbins soundalike “South Coast Of Texas” that made it onto the compilation.

The Verdict: It’s hard to bitch much about any Guy Clark song. “There’s a lot that I don’t do (in concert) that didn’t pan out,” he said recently from his Nashville home. But none he wishes he hadn’t written.” “'Cause I learned something,” he chuckles. “Don’t do that again.” There are no mistakes here — you can do this one over and over.