Front Row Charlotte is a charity fashion event in which every attendee has a front row seat. For those of us who've ever been stuck behind a particularly tall person or someone who just can't stop fidgeting, the setup was awesome at [email protected] The models who walked during the March 5 event - Front Row's third edition, which sold out within six days of launching ticket sales - offered looks from five local boutiques: Coral, Our Place, Coplon's, Social Dress Shop and Poole Shop.

I say Front Row Charlotte was a fashion event rather than a show (although many people in attendance had dressed as though they'd be sauntering down the catwalk) because the focus of the evening centered on local businesses. Video interviews featuring the shop owners served as introductions before each store's showcase; two jewelry lines, Erin McDermott and Melvin, were additionally spotlighted; and attendees could purchase the outfits in a small shopping area after the show.

While the chosen looks circling the walkway were impressive - I've got my eye on you, Social Dress Shop - what was more fantastic was how much money Front Row Charlotte raised for Baby Bundles, a local charity working to help new mothers in financial need with baby supplies. No matter where you're sitting in an audience during an event, $10,000 for a good cause is pretty damn cool. 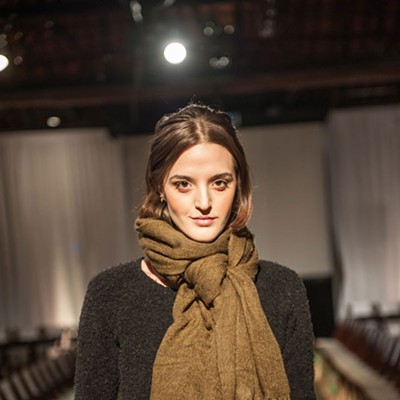