TEDx is coming to town

TED (www.TED.com), which stands for Technology, Entertainment and Design, brings together the brightest, the most creative and the most original minds from around the world, to share a stage, to spread their ideas and to "cross-pollinate". Founded in 1982 as a sort of a Silicon Valley think tank of industry leaders, TED grew in scope and reach to become a truly global phenomenon. For example, to take only names that start with the letter G, Peter Gabriel, Bill Gates, Malcolm Gladwell, Jane Goodall, Al Gore and Billy Graham are few of the thought leaders to speak at recent TED conferences (see the full list here). 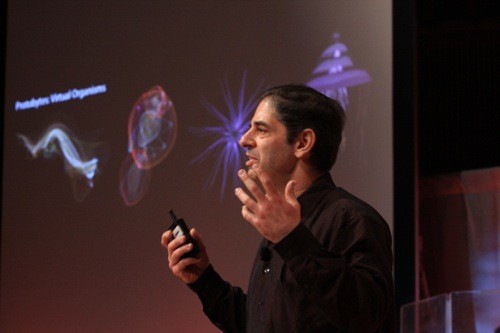 In 2007, TED started a program called TEDx, which allows cities, schools and other organizations to hold their own independently organized, licensed events under the guidance of TED. Since then every major city across the globe has held a TEDx event. And finally TEDx comes to Charlotte this year on September 24.

The common refrain I've heard since I began this process is "it's about time." At first, I thought it just meant Charlotte should have had its TEDx by now. But now I understand the nuance implied in that statement is that we're a city yearning for leadership and it's high time to do something about it.

The theme for the inaugural TEDxCharlotte is "Big Ideas." Like all TED conferences, it's by invitation only or through an application process. Unlike TED conferences, it's not a commercial venture and guests don't pay to attend. (Attending TED 2010 would have cost you $6,000). Our goal is to bring together creative minds and those who seek to be engaged in order to inspire and connect.

The whole-day program involves speakers who are thought leaders and original creative thinkers and artists from Charlotte and the region who are actively applying their innovative ideas to make our lives better. A lofty endeavor, but more important now than ever before. With the vacuum created by the gradual exit of the "fathers" of modern Charlotte, it's crucial we take a close look at who we are, think about how we should and will evolve, and begin the process of determining who will get us there.

The event aims to be thought-provoking, moving, entertaining, challenging and inspiring. The goal is not to create even more task forces or to undertake studies. The simple beauty of TED is that it's meant to seed thought and discussion, create connections and spark debate. Beyond that, people will take from it and do with it what they will.