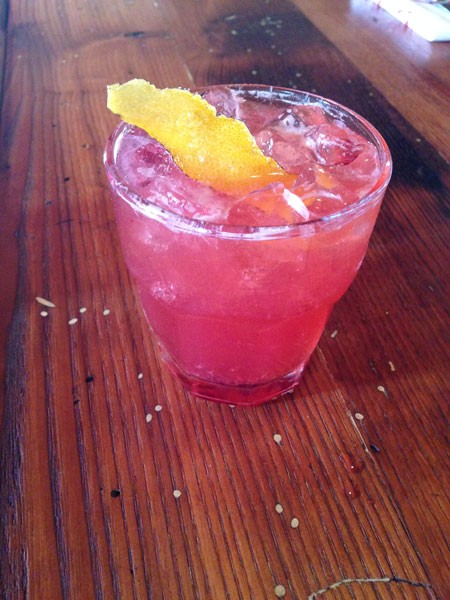 The Tuscan-style revival home that now houses Stagioni was originally the residence of North Carolina native and socialite Blanche Reynolds. Her gorgeous villa served as an outpost for lavish parties and intimate gatherings, in which she went to great lengths to ensure good spirits were had all around. Rumor has it that the mansion’s swimming pool sometimes doubled as a champagne trough.

Though Stagioni aims to pay homage to the home’s original glory with its warm, inviting interior and exquisite Italian food, the restaurant sticks to glasses when it comes to serving libations. The seemingly innocent 715, one of a handful of Stagioni’s “sweet” cocktails from a list of both bitter and sweet, can be a bit deceiving: it’s concocted with two liquors, one liqueur and little else. “It uses very obscure flavors that nobody really likes individually, but put together, it’s an amazing drink,” says bartender Patrick Bader. The outcome of joining these obscure flavors is a slightly herbal, mostly sweet cocktail with a refreshing hint of citrus via fresh lemon juice and grapefruit bitters. Muddled cherries, which will soon be switched out with kumquats in honor of the season change, give it a succulent finish. The cocktail, named after its iconic Charlotte address, is a boozy pairing that’s fitting for a house whose walls have seen more than enough toasts of bubbly and highballs over the years.