We all know that Feb. 2 is going to be crazy. It's the one night a year when public hysteria is socially acceptable - Super Bowl Sunday. Football fans nationwide will be tuning in to watch, cheer, shout and curse as the Seattle Seahawks take on the Denver Broncos for this season's championship. Even if you don't care about the game itself, Super Bowl Sunday is a day of electric atmosphere and contagious excitement. So where are you planning to spend this day of days? Charlotte has sports bars aplenty - so many that it may be challenging to choose. Here are some suggestions that might help you decide on a venue worthy of this oh-so-American occasion. 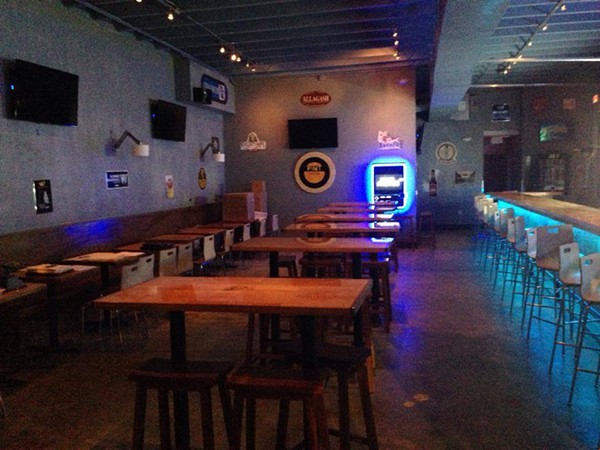 Pint Central
This brand-spanking-new spot in Plaza Midwood is squeaky clean and ready to be corrupted - after all, what makes a bar interesting is its dirt. Pint Central offers 28 beers on tap and cuisine promised to satisfy any foodie. So go, and leave your mark on virgin turf. (Editor's note: per the Pint Central Facebook page, their opening has been delayed, but we look forward to it anyway!) 1226 Central Ave.

Hickory Tavern
Voted by our readers as Charlotte's Best Sports Bar in 2013, Hickory Tavern serves Charlotte from six different locations on top of 10 other spots across the Carolinas. The chain's success is no mystery, as it appeals to a wide audience with everything from build-your-own salads to wings, steaks and more. (Also, the HT at Metropolitan has Jack Daniels Honey on special for $4.75.)

All-American Pub
This venue in South End has room for everyone. Formerly a nightclub location, the All-American Pub has more than 30 gigantic TVs throughout three different rooms. On Sunday, the bar will have $2 Bud Light on special, and the adjoining Oak Room will be open to accommodate the masses. Known for its killer wings, All-American offers eight different flavors in servings ranging from 10 to 50 pieces. I've never even heard of a 50-piece order of wings, but it sounds glorious. Go ahead, gorge yourself - I know I would. 200 E Bland St.

Picasso's Sports Café
Featuring award-winning pizza and wings, Picasso's Sports Café is Uptown's go-to place to enjoy a game. Picasso's takes sports viewing to the next level with not only dozens of HDTVs, but the University location also features a huge projection screen displaying the action. Maybe you're near-sighted, or maybe you just want to catch a better glimpse of that sexy player's jock strap (me!); either way, Picasso's the place to go. 222 S. Church St.

Steamer's Sports Pub
This classic pub on the Charlotte's east side offers more than 100 TVs for your viewing pleasure, including several in the outdoor patio so we smokers don't have to miss out on the action. Specials this night include a Denver Orange Crush (Vodka, Triple Sec, OJ) and a Seattle Washington Apple (Vodka, Sour Apple, Cranberry), both for $3.48, as well as deals on soft pretzels, bratwurst and, of course, wings. There's also pool, darts and foosball for those of you like me who would rather do something than stare and shout at the image of people far away doing something. Whatever your preference, Steamer's has it covered. 1513 Pierson Drive.