If you have driven on North Graham Street in Uptown, it is likely you have gone by Fourth Ward Bread Co. and wondered, "Is that place ever going to open?" The hand-painted letters reading "Cafe" and "Bakery" on the large facade and the logo, airbrushed to the brick on the building's side, invites passersby to stop regularly. I've been by a grand total of five times, like a creeper.

Each time, Ken Schneider, owner of the Fourth Ward Bread Co. welcomes me in and chats me up amidst the chaos and commotion of opening a food business - foot traffic, phones ringing, city delays and inevitable equipment failure. 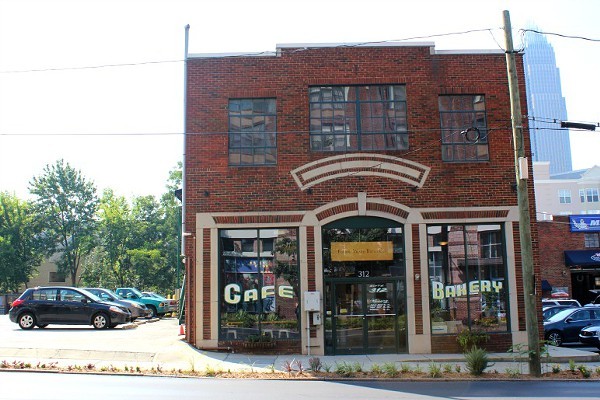 As nice as ever, he tells me that this place is something that he and his son, Jonathan Schneider, a graduate of Le Cordon Bleu in London, decided upon while Jonathan was in culinary school. Ken, a type-A consumer product designer by trade (you should see his hand-lettered chalkboards) and not one to be called a schlep, did his due diligence and went to culinary school, too. You know, to get a feel for the business side of things. Ken's other son, Christopher Schneider, devised and built much of the interior, which is a mix of charming vintage and industrial pieces.

Inspired by European style bakeries, the Schneiders plan on bringing meticulously made baked goods, particularly artisan breads, sandwiches, pastries and pizzas, to Charlotte. When I say meticulous, I mean that Ken and his son Jonathan carefully sought out the best methods for each food item on their menu. They learned how to make pizza bianca dough from an Italian pizza maker in Italy and bagels from a well-connected friend in New York. Each dough is specific to its end result and the results, by the way, are phenomenal.

Upon my last visit, I was able to sample a few things, including this egg sandwich - a shatteringly flaky croissant with an egg nested into its center with mozzarella cheese. 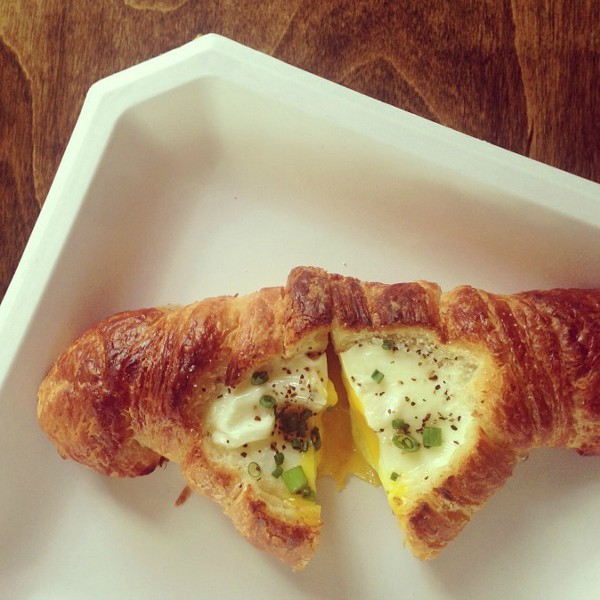 In addition, the Fourth Ward Bread Co. is into sourcing locally. They have partnered with Pryor Farm in Thomasville, N.C., to raise the heritage pork they use in their sandwiches, and they recently paired up with North End Opportunity Farm, just up the street, for a good portion of their produce.

The Fourth Ward Bread Co. will be open for breakfast, lunch and dinner once they are in full swing but will celebrate its grand opening this Friday, Sept. 13 from 8 a.m. until 7 p.m.

Charlotte's very first kronut offering will be on hand for the big day, including a kronut bar from 6-6:30 p.m.. Get there early! Kronuts wait for no one. The Fourth Ward Bread Co. is located at 312 N. Graham St.

Editor's Note: This story has been updated.