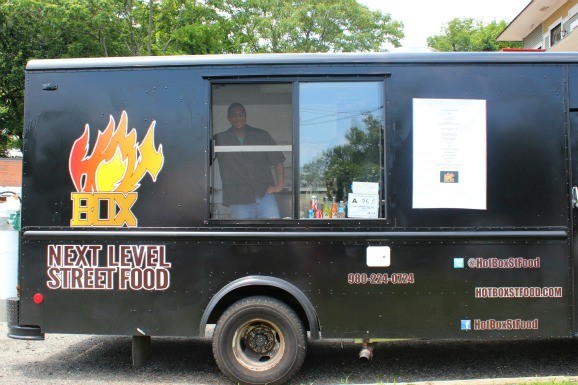 Another food truck hit the streets last week, which brings the count to "holy crap that's alot of food trucks!"

On its inaugural menu is a mish mash of selections from a pulled pork platter to a ramen stir-fry and corned beef hash. When I asked Chef Bowling what type of food he serves, he said, "Whatever I want." I was tipped off to try the Reuben, a meaty, melty monster of a sandwich served on rye bread made by the Local Loaf with piles of corned beef, aged swiss cheese and kraut served with homemade potato chips. 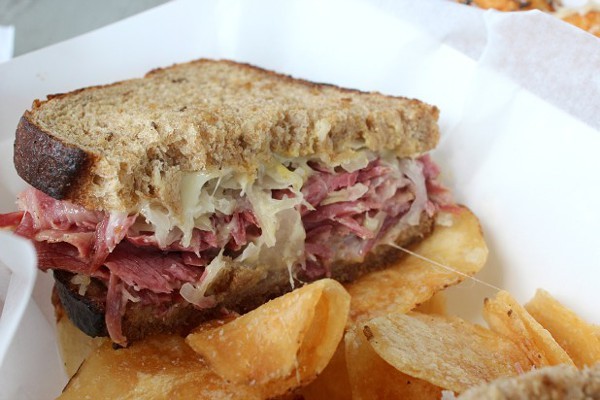 I also ordered a side of Cheese and Herb Rissotto balls or, arancini, as they were called in my Italian household. An order gets you three golf ball sized bites of risotto and cheese fried until golden, topped with shredded cheese and a sprinkling of herbs. I was hoping for a little more gooey cheese action in the center and a bit more sharpness from the cheese, but I'm biased. My dad made the best arancini. 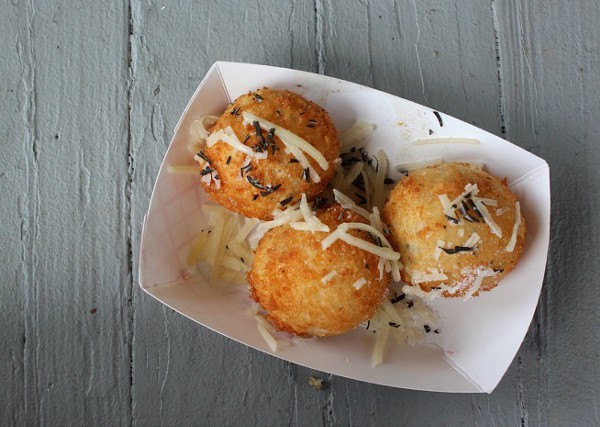 Chef Bowling has plans to expand the menu and offer more house-made selections like a BLT with his own cured bacon, and he wants to start making his own corned beef. Hot Box is less than a week old, but Chef Bowling is excited for his new venture and is coming out of the gate with guns blazing.

Find them at World of Beer in the South End on Wednesdays and Fridays and at NoDa Brewing every Tuesday.
You can keep up with their locations on Facebook and Twitter @HotBoxStFood