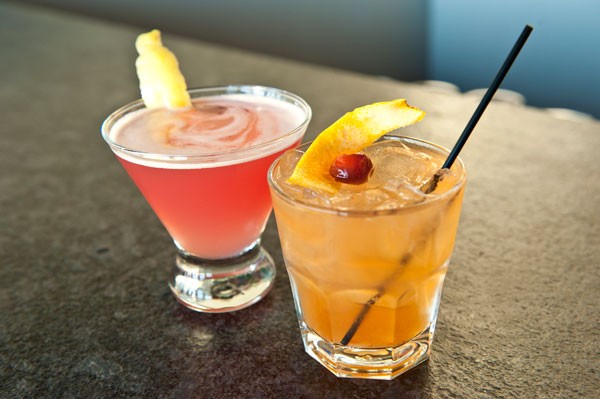 Most breweries focus on one thing, and they do that well. But in addition to its obvious craft beer selection, Heist is a hidden gem for handcrafted cocktails. Everything from Bloody Mary mix to sour mix and fresh lime juice is made from scratch. One of its specialties is the Heist old fashioned, a twist on the traditional whiskey classic. Whiskey is the not-so-secret ingredient in much of the drink menu at Heist, which has more than 40 different variations. "We're a pretty whiskey-driven joint," says cocktail sensei Stefan Huebner. "Whiskey is an American spirit. Just about everything else comes from somewhere else, but whiskey is American. All those guys on that shelf up there, that's American money. In a bad economy, you want to keep the money here, right?"

Heist is the official location for the Yelp Drinks 2013 kick-off party, a week-long happy hour held across metro-wide locations. From Feb. 18 to the 24, patrons will enjoy up to 50 percent off beers, wines and cocktails. Yelp Charlotte community manager Benjamin Getz says the goal is to highlight the different drink menus of bars and restaurants across town. "A lot of people might not know what a good old fashioned is, or that they can get a really great craft cocktail at Heist, for example. And you know that's what Yelp is all about: connecting people with great local businesses."

For a list of the 16 participating locations in Charlotte, visit bit.ly/YelpDrinksCLT.