WTF are you eating? Think about that for a second.

These days, most Americans can’t tell you where their food came from any more than they can tell you where Dubstep came from. It just appears on store shelves ready for consumption.

Unless you are a farmer or on a diet of whole organic foods, many of the ingredients in what you’re eating come out of a biotech lab. In this lab, they did historically unprecedented stuff like splice the DNA of fish with corn so that the corn wouldn’t die when sprayed with harsh pesticides.

“Cool, it’s science. Delicious science,” you say. The problem is, there have been no long-term independent studies of its effects on humans. Are you cool with being the test subject? Or making your children the guinea pigs?

Many countries are not. Foods derived from genetically modified organisms (GMOS ) have been banned in countries throughout the world. Those not willing to ban them have required they be labeled so consumers can choose whether or not they consent to eating them. Except for here in North America, where we take our freedom so seriously. Despite a 2007 campaign promise from President Obama to require labeling of GMO foods, they are sticking these experiments into everything from soda to tofu, and most of us are none the wiser. 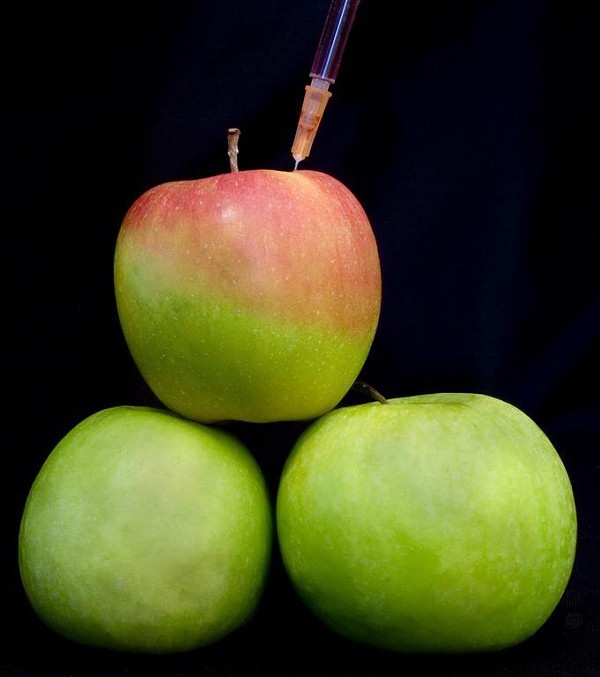 California has introduced a bill requiring GMOs to be labeled, and the biotech industry is currently spending billions to make sure it doesn’t pass. As one of the most powerful lobbies in Washington, they also spend upwards of $150 million a year funding campaigns and manipulating legislation through Congress.

During the DNC, I happened to end up at a bar one night sitting beside a lobbyist for the biotech industry. We had a friendly chat about music, then I asked him as politely as possible what it felt like to have a hand in potentially killing children and contaminating the world’s food supply.

Underestimating the vast amount of Netflix documentaries I have watched on the subject of GMOs, he gave me every deceptive line in his message points, even telling me at one point that cows came from buffalo. When faced with an educated rebuttal for each, and no doubt feeling a strong urge to just finish his beer in peace, he cut to the chase — “Look, we have to make money somehow. People are not going to buy foods with GMO labels because they are silly and they believe bullshit propaganda. So we can’t tell them what they’re buying.” I toasted to what I assumed was a rare moment of honesty.

Last week, this study hit the Internet, showing rats fed a diet of GMO corn over two years developed tennis ball-sized tumors and died prematurely. Perhaps you believe this is “bullshit propaganda” or maybe corn chips sprinkled with powdered cheese are all you have to live for, so you’re not disturbed by this. I definitely am disturbed, and until its mandatory for food labels to disclose GMO ingredients, every item in my household will be USDA certified organic. Its expensive and tedious to be sure, but my family’s health is worth it.