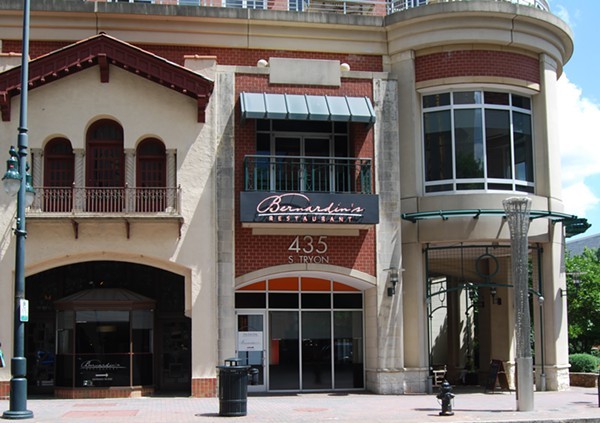 Last October, Bernardin's Restaurant opened in the historic location of what once was the Ratcliffe Florist at 425 S. Tryon St. Since 1992, owner and executive chef Freddy Lee had wanted to relocate from New York and open a restaurant in Charlotte. When the location he wanted to purchase did not work out, he landed in Winston Salem instead. Twenty years later, after much success with Bernardin's Restaurant in Winston Salem and two additional restaurants, he finally embarked on his newest restaurant venture in downtown Charlotte.

On Friday, June 22, Bernardin's Restaurant celebrated its half-year anniversary and invited some special friends to be a part of the celebration by dining at a chef's table. 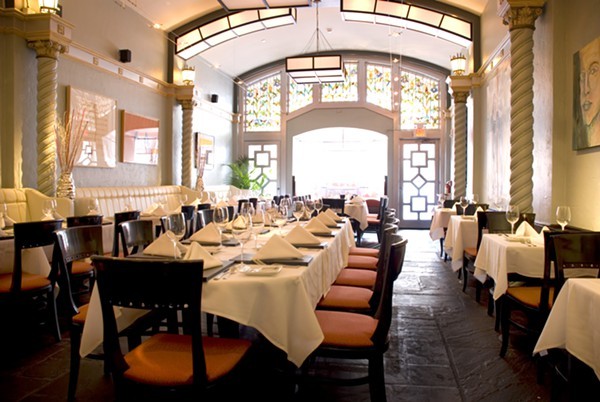 About 20 guests met in the bar area to sip La Marca Prosecco before being escorted to the elegant dining room. The elegance of the interior can be attributed to Lee's desire to maintain the character of the building, which included some renovations that took some aspects of the restaurant back to its original aesthetics when it was a floral shop. 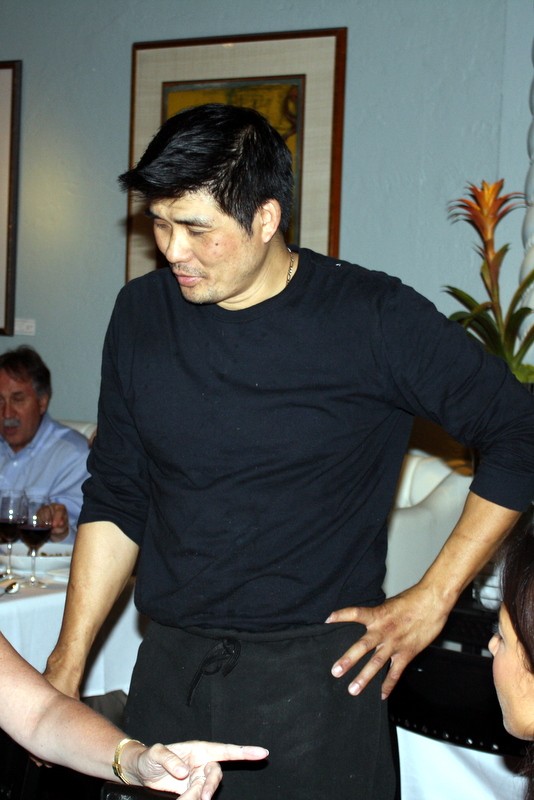 Lee warmly greeted guests and welcomed questions about his menu and restaurant. 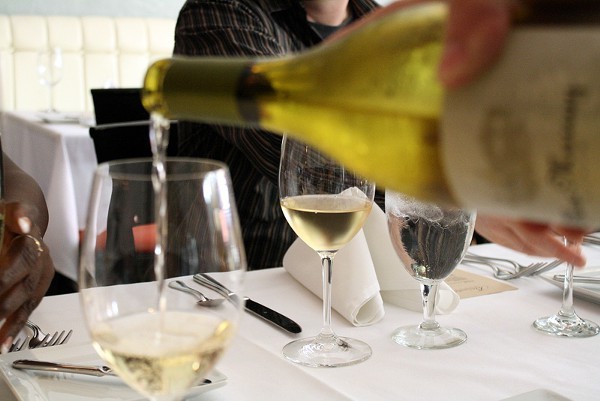 Wine pairings were provided by Johnson Brothers Liquor Company, who also provides many of the wines featured on their extensive wine list. 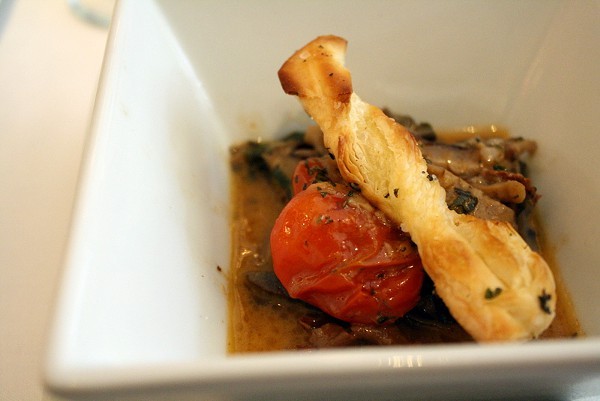 What the description of this small appetizer leaves out is that the delightfully rich flavors of the mushrooms and escargot are perfectly complimented by a crusty delicate twist of puff pastry. 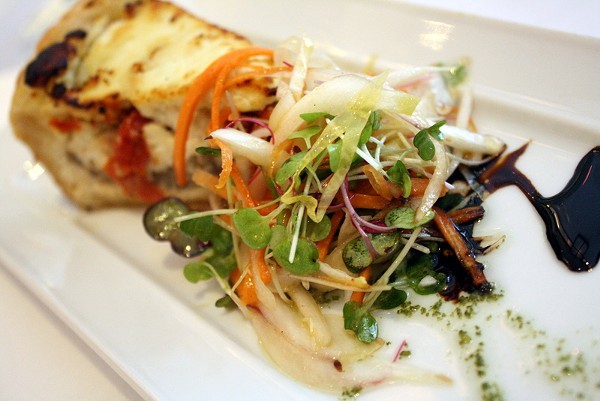 The creamy richness of the goat cheese was a lovely compliment to the fresh micro greens accompanying this course. 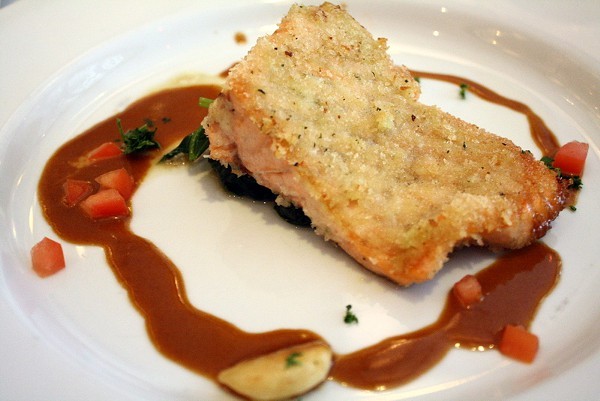 Roasting this velvety salmon brought out the fish's natural butteriness. 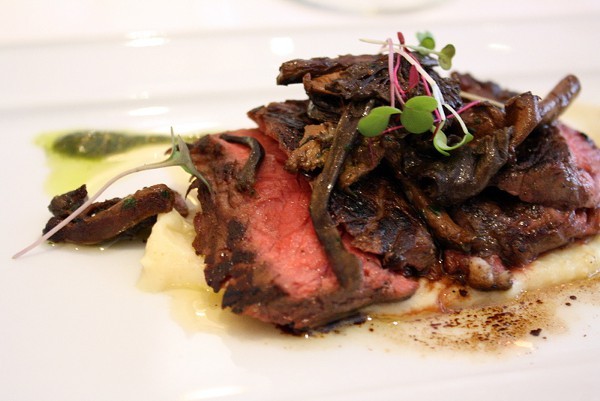 The bison was cooked just perfectly until it was melt-in-your mouth tender. 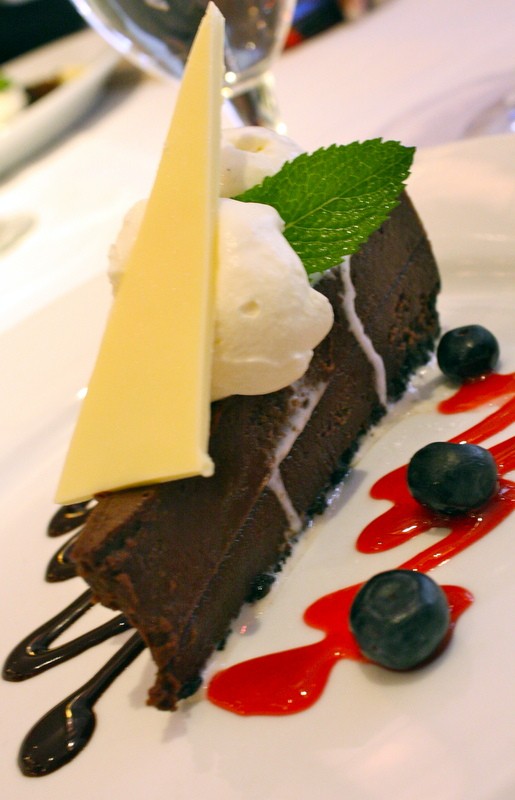 Even though there were murmurings of "Oh no, I shouldn't after such a big meal," most of the diners at the chef's table polished off nearly every bite of this decadent happy ending to the meal. Rather than serving a typical dessert wine, Johnson Brothers went in another direction and paired this sinfully dark chocolate torte with a velvety smooth cabernet to highlight both the bittersweet richness of the dessert. 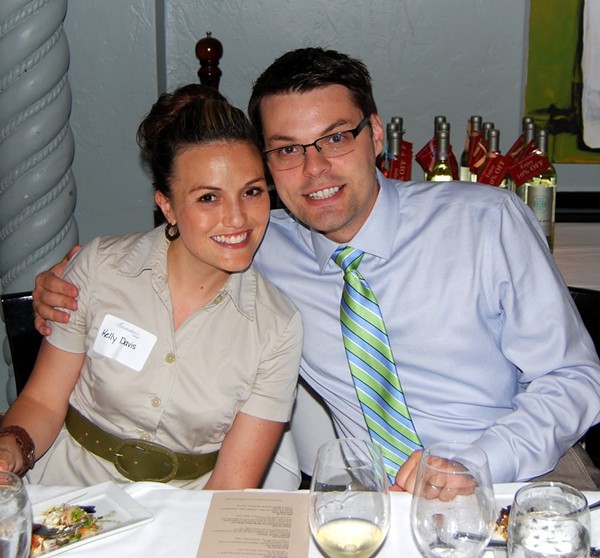 To participate in one of Charlotte's newest upscale dining experiences for lunch or dinner, call 704-332-3188 for reservations. Bernardin's Restaurant also features a private room for events and hopes to expand to include a second private dining room in the future.