On May 5, hundreds of Jane Jacobs Walks happened all over the world, including one here in Charlotte. These walks are held to celebrate the life and work of Jane Jacobs. Here in the Queen City, a group of people, myself included, set out to learn more about the diversity, the culture, and the food of a very small area on Central Avenue - via a munching tour.

Jane Jacobs Walks attempt to engage communities in a reflective sidewalk ballet - one that encourages learning and reflection, not merely participation.

The tour began at Ben Thanh, an authentic Vietnamese restaurant. Here, walk participants greeted one another and enjoyed salad spring rolls stuffed with either shrimp or tofu. Before beginning, tour leader Dr. Tom Hanchett of the Levine Musuem of the New South and Mary Newsom, associate director of the tour sponsor PlanCharlotte, introduced participants to the work of Jane Jacobs. Neighborhood residents and participants of the walk also provided some insight about the local culture and population.

After introductions and spring rolls at Ben Thanh, the group embarked on the next leg of their very short journey, but not without first taking in the surroundings. In the parking lot of a small strip mall, Dr. Hanchett asked the group, "How many countries do you see represented in this small area?"

These were only a few of the participants' observations. It's clear that the area is a crossroad of cultures. Dr. Hanchett described the difference between a melting pot and a salad bowl - while some aspects of culture tend to influence others and be influenced (a melting pot), other aspects exist without much change simultaneously with different cultures (a salad bowl). 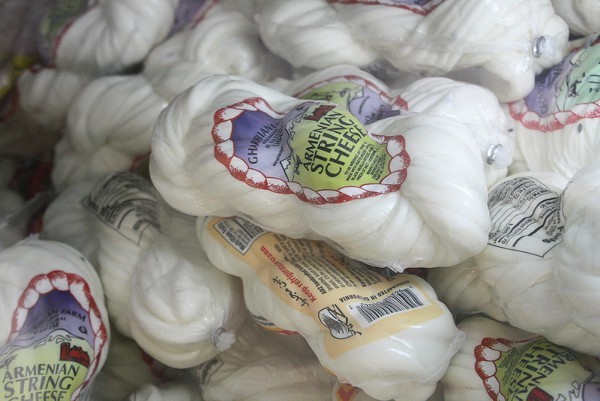 The Middle East is the home to many different countries and cultures, which results in quite an assortment of goods available in the grocery. Cedarland also has a restaurant where customers can order food for dine-in or carry-out.

Next, the group reconvened to visit Jamile's International Grocery and Restaurant, which specializes in Somali goods and food. After poking around the various items in the grocery, both familiar and foreign, it was time for lunch. 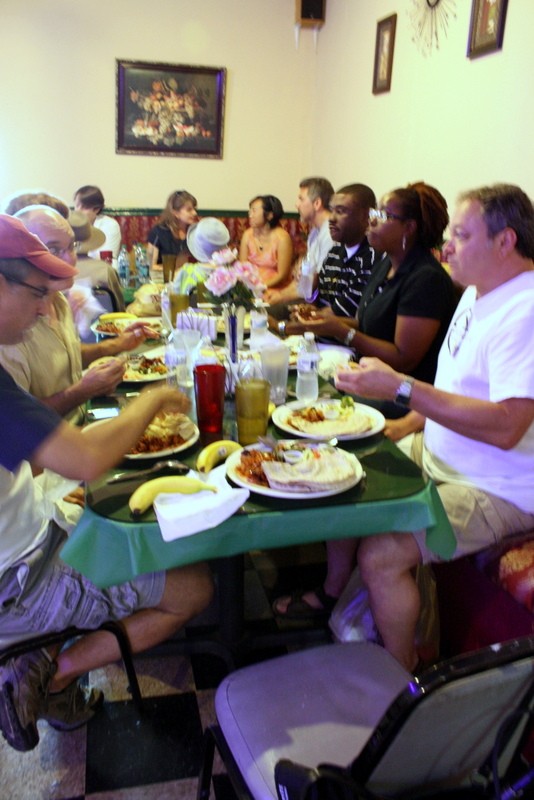 Chicken Suquaar is a delicious chicken summer stew seasoned with fragrant herbs and spices. The stew is served with vegetables, injera (a pancake-like bread), and a green spicy jalapeno sauce. 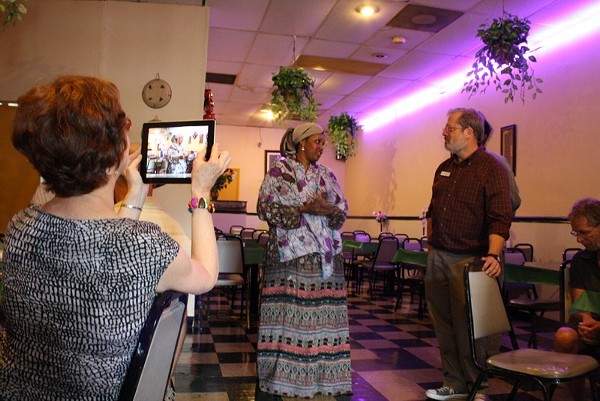 After a Somali feast, Jamile herself came out to greet the tour group, where she told the story of how she met her business partner in a camp in Somalia before becoming a refugee, and escaping to America where she realized her dream to own her own restaurant.

She proudly posed with members of her family who also work in the grocery and restaurant. 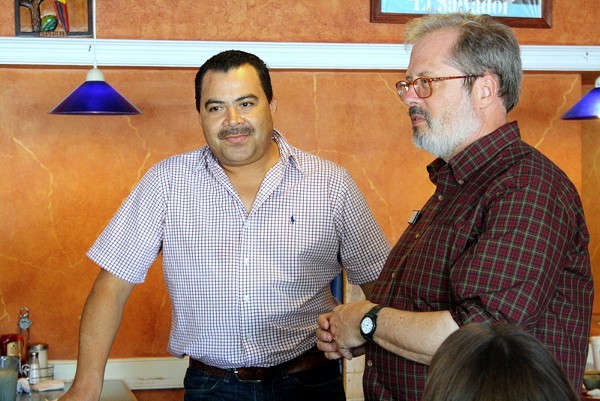 After leaving Jamile's, the group took a short turn to the Salvadorean restaurant El Pulgarcito de America, which means "the little finger of America." Owner Henry Chirinos includes some elements of his native land, Honduras, on his menu, but predominately features Salvadorian food (his wife is from El Salvador), as well as some Mexican food staples.

At El Pulgarcito de America, the group ended the tour on a sweet note, sharing between them several orders of traditional Flan and Tres Leche Cake. The latter is traditionally made with evaporated milk, sweetened condensed milk, and heavy cream, hence the name "three milk cake."

The Jane's Walk participants left the tour with smiling faces, full bellies and an appreciation of a lesser-known area of Charlotte. If you are interested in participating next year, be on the lookout for future opportunities. Newsom hopes to organize a second Jane Jacobs Walk in Charlotte next year, and possibly more than one walk will be held.