The spotlight on Southern fare doesn't seem to be dimming anytime soon - Charlotte can now count another ode to comfort food on its restaurant roster. 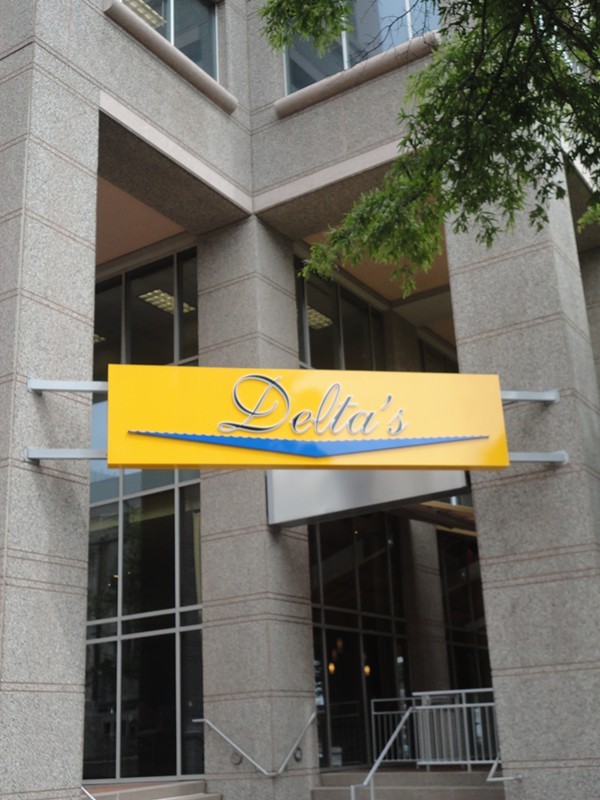 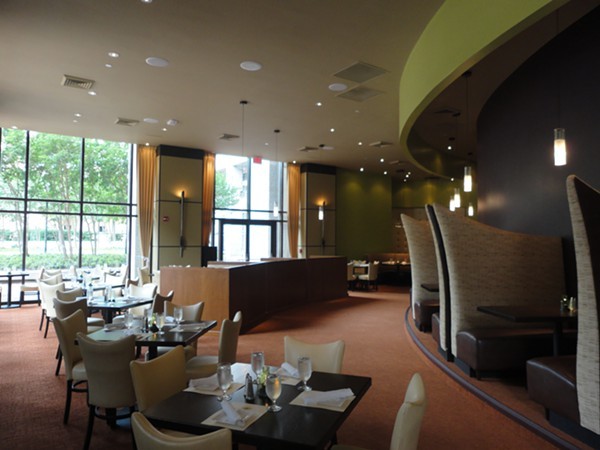 Describing its cuisine as "upscale soul food,"Delta's Charlotte (525 N. Tryon, former home of GW Fins) will feature lunch, brunch, dinner and live jazz and R&B throughout the week. The location is the second of what owners Coretta King and Joshua Suggs hope to be many. The duo are already planning on opening Delta restaurants in Houston, Atlanta, and Washington, D.C. over the next five years.

To celebrate the new eatery, Delta's hosted a ribbon cutting ceremony for the media, public officials and other prominent individuals: 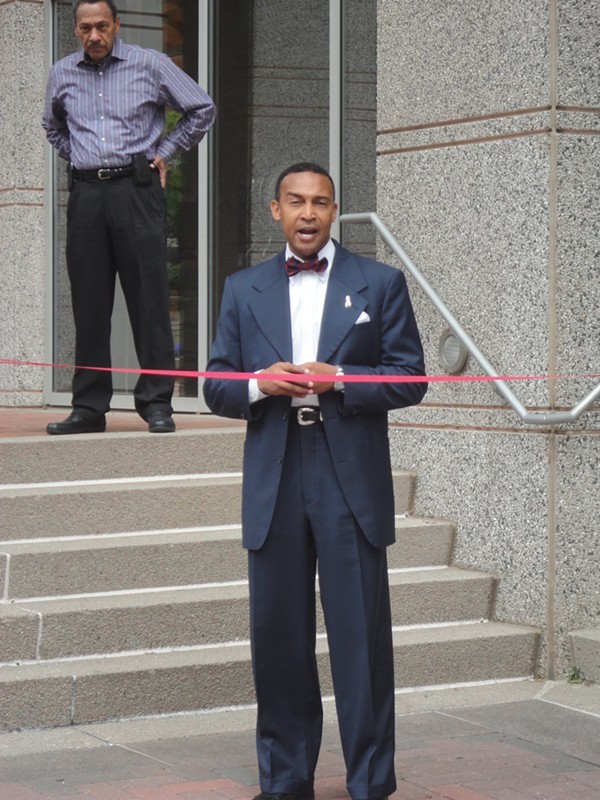 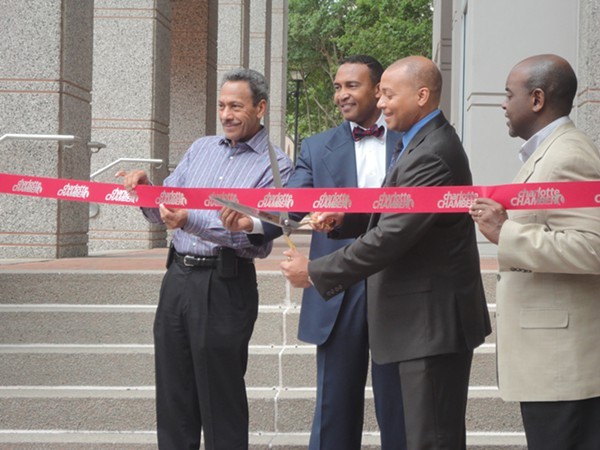 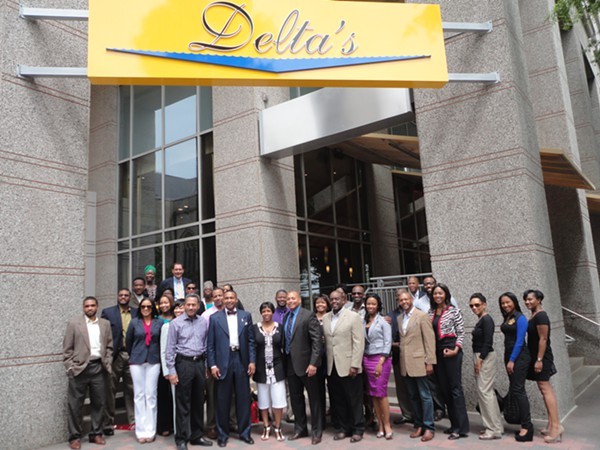 Guests were treated to a complimentary lunch where they could sample a taste of Delta's menu: 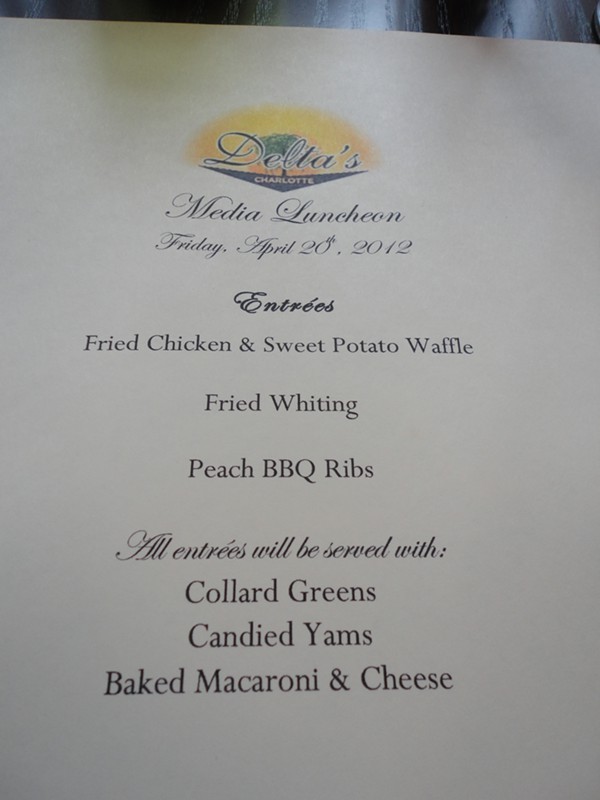 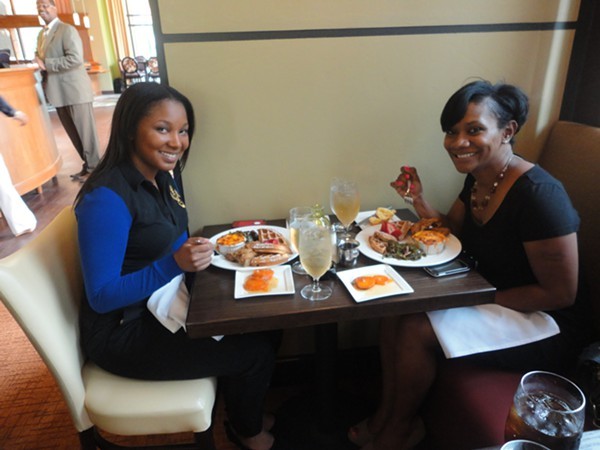 A quick peek at the plates being brought out to the tables proved the Fried Chicken & Sweet Potato Waffle to be the most popular entree. Up to that point, I was a certified chicken and waffles virgin, and I have to say I didn't regret my first time one bit: 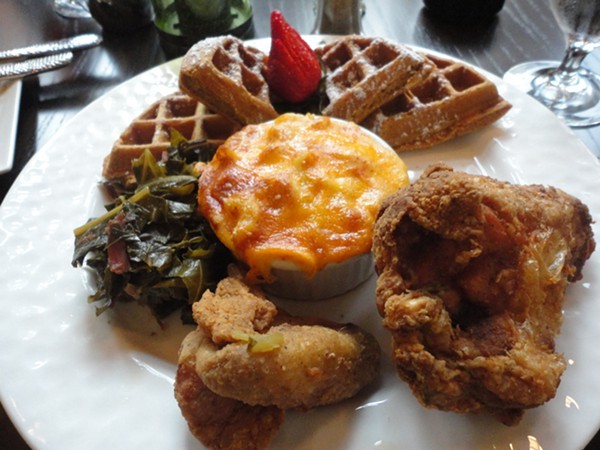 Stuffed from the deviled eggs and cornbread rolls, I'd already snacked on, I had to leave most of my meal intact. But I'll most likely be back for seconds when they're open to the public - sometime in May, if all goes smoothly.