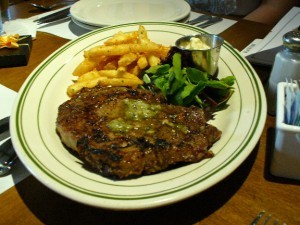 Sandwiches and fries may be the traditional fare for football and draft beer, but BlackFinn Saloon's revamping brings an eclectic and hip cuisine to game day. In addition to the menu, the EpiCentre restaurant also has a redesigned saloon and patio. 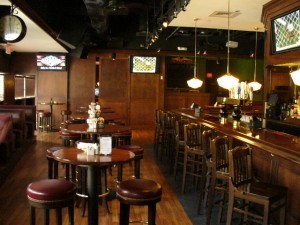 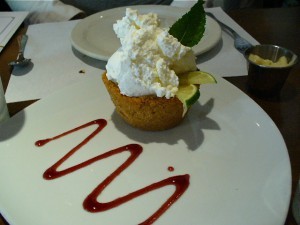 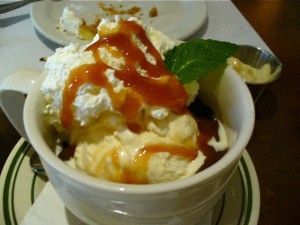 The upstairs saloon now features a "secret compartment" called the Pearl Room, which makes for an attempt at a speakeasy. This closet sized space houses its own bar and can hold up to thirty people. Downstairs, portraits of Charlotte's landmarks (the light rail, the Levine Museum) border the walls of the renovated dining room.

Architecture aside, the food has gone through the most radical change. For a place in the middle of the EpiCentre, the food of course has an edge. Though the menu still has stand-bys like fish n' chips and grits, there are some more exotic selections that fit its hip location.

Entrees are a protein powerhouses, but have some class. The steak frites comes with broiled blue cheese Roma tomatoes and truffle oil french fries. The Oolong-marinated sea bass tops a coconut curry rice cake that peels apart. Comfortable options like bacon-wrapped meatloaf with sweet potatoes (in case steak isn't heavy enough) keep Charlotte in the background, just like the photos on the wall.

If there's room for the stomach expansion with dessert, the menu has a sweet tooth fit for the Queen City.

They've got their classics covered with an EpiCentre twist, like Key Lime Pie with a cloud of whipped cream and a streak of raspberry coulis sauce. The BlackFinn Hot Chocolate, sure to be a best-seller, is an abundance of crumbled brownie, liquified peanut butter, caramel syrup, and ice cream. You'll need a drill to get to the bottom layer of their take on a hot fudge brownie.

Culinary director Mark Szymanski left Morton's Steakhouse to pursue the changes that the overhauled pub now offers for lunch and dinner. They're open for group gatherings and have been enjoying the traffic that sports seasons bring in.