Dinner: Gorgonzola Penne with Shrimp ... and a salad

This Gorgonzola Penne with Chicken dish won $25,000 in a recipe contest through Taste of Home. $25K? Dang. 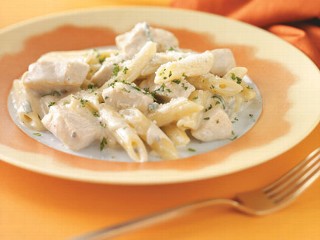 Since it was deemed worthy of the hefty monetary prize, I had to try it.

I'm not a big fan of chunks of chicken in my pasta, so I subbed in shrimp instead. The prep was simple and the cooking was easy. I'd say it turned out pretty freakin' tasty. Even my lactose-intolerant friend scarfed it down, knowing full well what the consequences would be.

Penne pasta and shrimp are tossed with in pungent Gorgonzola cream sauce, made of cream, white wine, sage, and garlic. Thanks to the addition of the light orange shrimp, the dish wasn't completely a monochromatic and bland white. 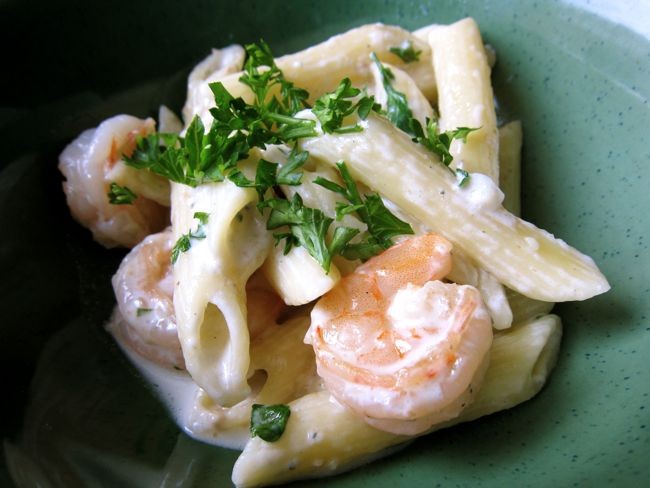 Lacking greens, the rich and creamy pasta pairs well with a fresh salad with tart flavors. I made an Spinach Apple Salad to go with it. You can do it too. It's easy! Just a cup of diced apple, a few raisins, chopped red onion, and spinach. Toss it with a simple dressing, and voila: 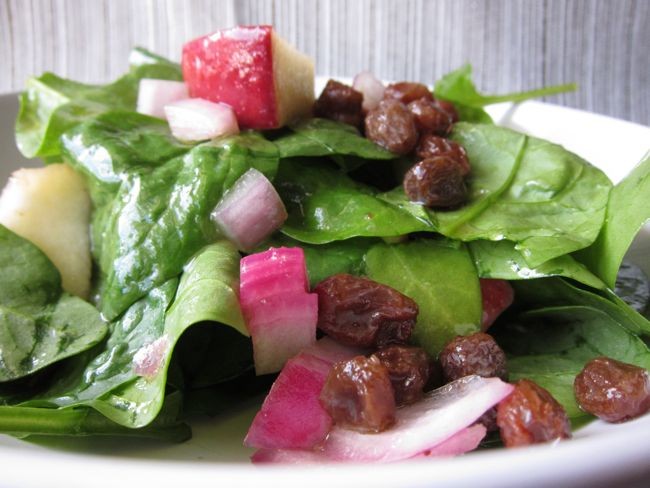 Read on to get the recipes...

Salt and pepper to taste

Cook pasta according to package directions.

Add cream and broth; cook until sauce is slightly thickened. Stir in the Gorgonzola cheese, sage, salt and pepper; cook just until cheese is melted.

Drain pasta. Add shrimp and pasta into sauce in pan. Heat and stir for a minute or two. Sprinkle with Parmigiano-Reggiano cheese and parsley.