King's Kitchen, a not-for-profit restaurant, recently opened up where ARPA used to be at the corner of Church and Trade Streets Uptown. The restaurant is the newest Charlotte venture for Chef Jim Noble, of Noble's Restaurant and Rooster's Wood-Fired Kitchen in SouthPark.

The King's Kitchen menu features Southern classics such as deviled eggs, wings, fried vegetable of the day, fried chicken, pork chops, shrimp and grits, and a variety of Southern sides.

Because sister restaurant Rooster's serves up excellent food, I expected similarly amazing food at the new restaurant. I can't say my expectations were fully met...

Bread: Their cornbread is moist and very corny, and their biscuits are flakey, bordering on crumbly.

Appetizers: The deviled eggs were tasty, but only for those who like mayonnaise (they were very mayo-heavy), the wings served with blue cheese dressing were just okay, and the fried vegetable of the day happened to be mushrooms, where were pretty good. The mushrooms were served with a tomato sauce and also homemade ranch (which was a bit too thin and watery for my liking).

Entree: My shrimp and grits entree was extremely flavorful, but I fear it was due to a large amount of butter in the grits. Though I didn't try the fried chicken myself, I heard from fellow diners that it's good, but not as good as other fried chicken places around town (ahem... Price's and Bojangles (!)).

Desserts: For dessert I ordered the banana pudding, which came out served in a beverage glass, parfait style. They made a good effort to fancy it up by toasting the meringue topping, but the meringue seemed to have separated over time and ended up as a curdled wet mess on top of the pudding. The brown sugar pound cake wasn't any better either – it was very dry. Bad dessert always leaves me feeling sad. It was a sad ending to a decent meal. 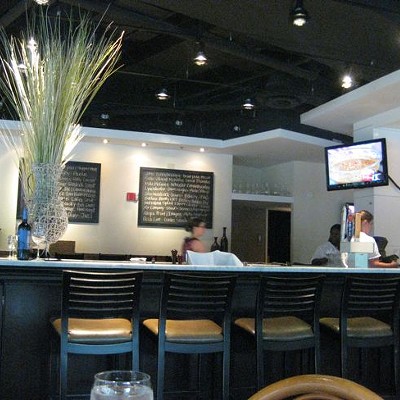 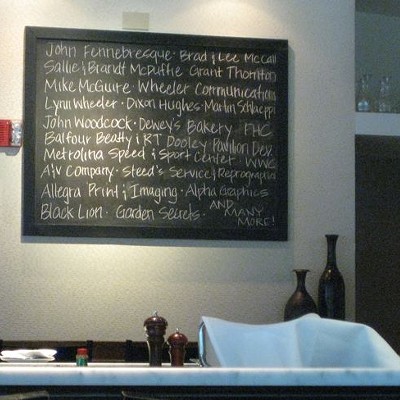