If you are faint of heart when it comes to cooking with heavy whipping cream and lots of eggs (or wary of high cholesterol), you might want to stay away from this recipe. This Bread Pudding with Spiced Rum Sauce recipe asks for eight, yes EIGHT, eggs and 2 cups of whipping cream. I'd say it's darn worth it though. Drizzled with the rum sauce, this bread pudding is a fantastic fall dessert. It's incredibly easy to make and impressive to serve -- this recipe is restaurant quality because it actually comes from a restaurant in Mississippi.

I halved the recipe and used a 9x9 pan. A tip: It's best to assemble the bread pudding and let it sit overnight in the fridge before you bake it in order to let the bread really soak up the creamy mixture. And, if you use cinnamon raisin bread, you can skip a step and omit adding more raisins. 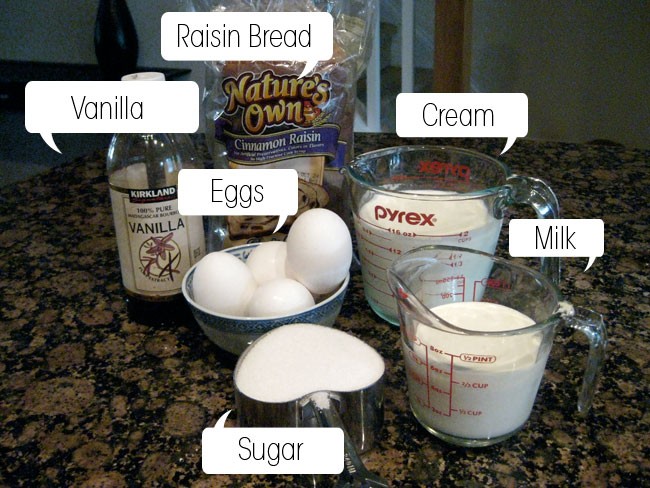 Stir brown sugar and butter in heavy medium saucepan over medium heat until melted and smooth, about 2 minutes. Add cream, rum, and cinnamon and bring to simmer. Simmer until sauce thickens and is reduced to 1 1/2 cups, about 5 minutes. Serve warm. (Can be prepared 2 days ahead. Cover and refrigerate. Bring to simmer before serving.)