I found an interesting article on the LA Times site about a company that mass-produces kimchi, the delicious staple dish in Korean cuisine. The first sentence of the article reads, "David Kim [the owner] insists it tastes like his mom's."

But will it taste like MY mom's? I think not. Everyone's kimchi tastes differently. I'd like to think it's the amount of soul a person puts into making their kimchi, but who knows, since I can't get my mom to show me how to make it.

The article states, "Kimchi-making was once a family affair in which grandmothers, mothers, daughters and aunts would gather for the arduous task of grinding together a peppery paste to be stuffed by hand between each layer in a head of cabbage. Centuries-old recipes have been proudly passed down through the generations."

The sad truth is that many young Korean Americans today will readily buy factory-made kimchi because we're just too busy (or too lazy) to learn how to make it. I personally depend on my mom to make me up a jar whenever I go home to visit. (I currently have a jar of turnip kimchi in my fridge.) It's no wonder Cosmos Food Co. — the largest kimchi factory in the United States — bottles 8,000 pounds of the stuff every day.

I'm still wary of purchasing a jar of the stuff from an American grocery store. Delicious, spicy kimchi from a Wal-Mart? It's hard to fathom. 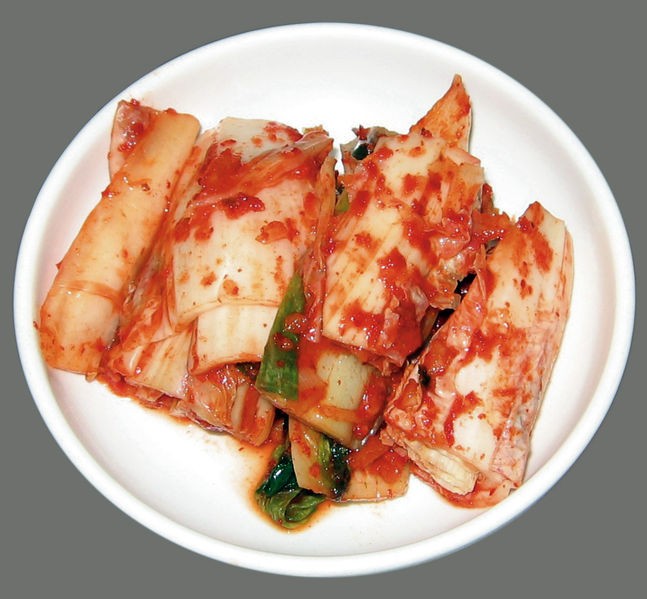