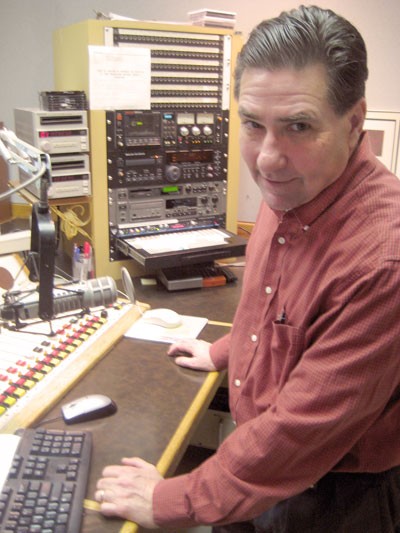 Not only is Charles Jenkin a producer for WBT’s Charlotte Morning News segment, he hosts his own radio show, This Show is Cookin’. In addition to talking about food, he writes about it for local publications like Charlotte Living, Charlotte Weekly, Union County Weekly and the Mint Hill Matthews Weekly. Jenkins also makes time to MC dinners and wine soirees for charitable causes like the HeartBright Foundation.

Creative Loafing: Tell us about how you began your culinary career.

Charles Jenkin: I missed days of high school to cook at a local burger and ice cream shop where I was a bus boy. After college, I worked in many different restaurants. I had my own in Rhode Island, I’ve worked at the Fountainebleu in Miami, and I have also worked in New Orleans — which is where I met my wife.

How was the transition from restaurant to radio?

I had worked in the restaurant business for 15 years, but then I switched careers and worked at what had originally been American Express Financial Services. After I was laid off, I went back to school at Carolina School of Broadcast to study something I thought I would really enjoy. Not that I had ever done it, but I had been a theater major at Temple University. I decided to make that leap. While I attended Carolina School of Broadcast I did an internship here at WBT and have been here ever since.

What do you enjoy most about your radio show?

It’s fun to talk to chefs and restaurant owners and share their stories with our listeners. We’ve had on authors of cookbooks and we’ve done giveaways to restaurants. I never talk badly about a place on the show, though. It is all very positive. I also have an opportunity to promote different food venue charity events.  I’ve really had a great response.

This Show is Cookin’ airs Sundays from 12-1 p.m