Your Own Personal Jesus: The Chosen TV Series is Remaking “Christian Media” 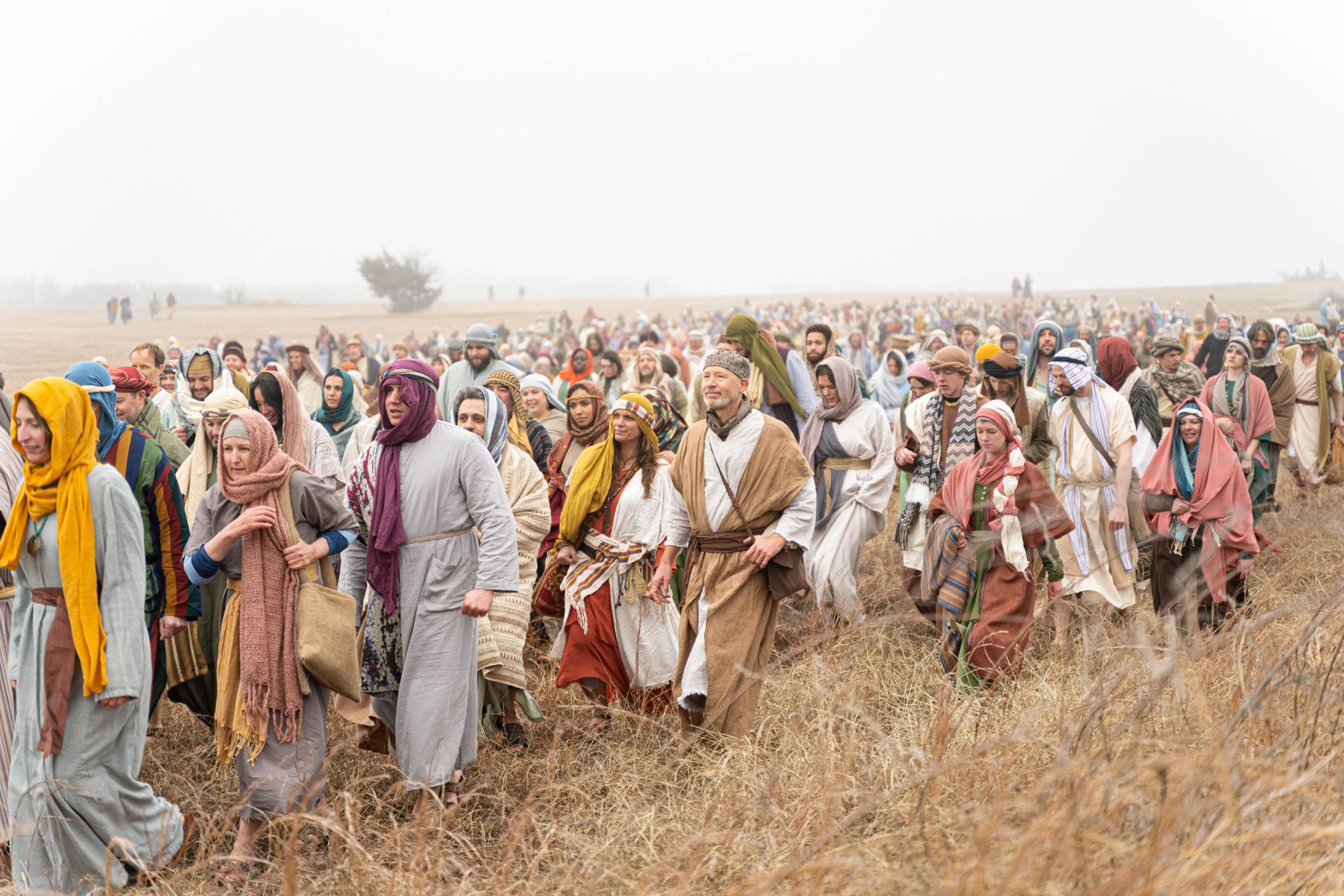 “Hey! This life of Jesus show is pretty cool!” –No, we’re not quoting Ned Flanders. Words to this effect are genuinely being said by people all across America – and the world – as they discover The Chosen, a TV series that’s also a free app. The show is soon to enter its third season. We confess. We had more doubts than ‘Doubting Thomas’ when news sites and even film and TV critics started talking up the show. Surely, we and many others assumed, they like it cuz they’re believers. And yeah, it might feature more professional camerawork or special effects, but it’s still “Christian media.” Then, however, we watched the Bible TV Show.

Despite the many doctrinal differences that exist between Catholics, Evangelicals, Mormons, or other offshoots of Christianity, there is one near-consensus: Jesus Christ was born on Earth to a human mother. Setting aside issues of divinity, Jesus had a physical, human existence. This logically means, for example, that living as a human, Jesus needed to eat, drink, and use the bathroom. Taking a step away from the merely physical aspects, if Christ lived as a human, he must have had a personality – because that’s part of the human condition. So, why is it that so few Jesus films or dramas show us what his humanity might have looked like?

Here’s one example of how The Chosen tackles this in a unique way: In the Gospel of Luke, the story of Jesus healing his disciple Simon Peter’s mother-in-law is told in only a few sentences: “Jesus left the synagogue and went to the home of Simon Peter. Now Simon Peter’s mother-in-law was suffering from a high fever, and they asked Jesus to help her. So He bent over her and rebuked the fever, and it left her. She got up at once and began to wait on them.” (Luke 4:38-41) The Chosen takes these few sentences and turns them into a ‘backstory’ that depicts something no other Bible drama has even considered: What was it like for the wives and families of the disciples? In the episode, Jesus first speaks with Simon Peter’s wife, telling her she is important and that her sacrifice – letting Simon Peter be away from home as he travels with him – is noble and noticed. “I see you,” Jesus tells her. They share a small joke and then Jesus enters the mother-in-law’s room and performs the healing miracle. 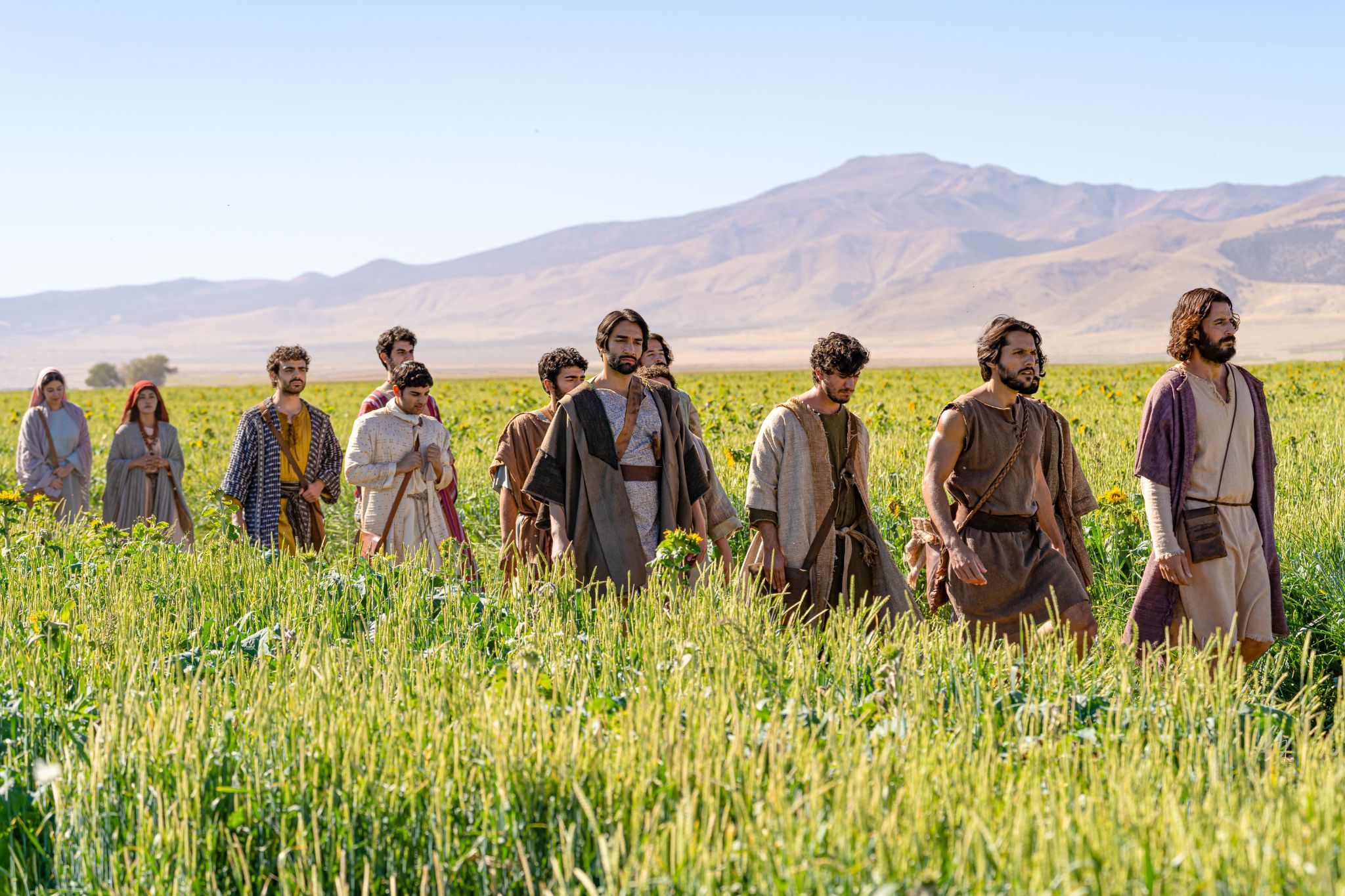 Here’s another: The finale of Season two features the famous “Sermon on the Mount,” but not in the way we’ve seen it so many times before (a serene Jesus waits for the multitudes to settle down, and then with a poised and refined grace, begins to utter… “Blessed are the…). In The Chosen, everyone is well aware that a big speech is planned and they all – Jesus included – busily prepare for it. Jesus goes over the sermon with Matthew the night before, and Matthew offers a critique! The next morning, as the crowds are arriving for the big day, we see Jesus somewhat nervously pacing as he “rehearses” his sermon. Interrupting him, a group of four female followers – one of whom is a black person with an origin story as coming from Ethiopia/Egypt – inform Jesus that he needs to spruce up his wardrobe. “That beige tunic will just blend into the rocks!” “You need some color!” Jesus listens and agrees.

None of this is in any gospel but is far from implausible. It’s these “little” things that make The Chosen stand out: humanity, humility, and authenticity. Naturally, it helps that the sets and costumes are magnificent and the camerawork is top-notch. Season one was mostly filmed in the Texan desert; a perfect choice. The harsh but beautiful landscape and intense sunlight work well as a stand-in for first-century Judaea. In an example of some inter-Christian cooperation, a very realistic set of Jerusalem as it would have appeared in the time of Christ is the backdrop for much of Season two. The set belongs to the Church of Jesus Christ of Latter-day Saints, better known as the Mormons, and The Chosen became the first non-Mormon production allowed to use the sprawling re-creation.

Jonathan Roumie, the actor who delivers a powerfully intense and yet wonderfully subdued performance as Jesus, is a Catholic, while the director, Dallas Jenkins, is an Evangelical Christian. Mormons, Catholics, and Evangelicals working in harmony… who says miracles can’t happen? Jests aside, perhaps the greatest “miracle” is how The Chosen came to be. This TV series/app is the largest crowd-funded film or TV project in history. Tens of thousands of people have invested many millions of dollars and when we say “invested,” we mean it in a literal business sense. Director Dallas Jenkins and his team first showed parts of a pilot to groups and offered them a unique opportunity: buy shares in the project that are owned for life. When the series begins to make money – which it inevitably will – these investors will reap financial rewards before Jenkins and his team, as per the agreement. It’s easy to say the show will make money now – after it’s become a hit – but the initial funders obviously had no way of knowing if the idea would fly or flop. They took a “leap of faith,” and it’s paying off.

Clearly, the people filming and financing The Chosen have an agenda: they want you to see the story of Jesus portrayed differently. But among the reasons the show works is a distinct lack of preaching. Jesus is, of course, shown as the Son of God, but – as noted above – he’s also clearly a human being. The people around him are also deeply “human,” for lack of a better term. The diverse cast, excellent cinematography, and engaging storyline all complement the main attraction – a “holy” story told without the pretentiousness that has too often blighted other attempts to portray Jesus on film. It’s a show so different that it merits a look, even if you happen to be firmly anti-religious.