You Can Do Whatever You Want to Do

My mom proffered a simple, eight-word mantra when I was growing up: "You can do whatever you want to do."

She said it to my dad back when he wore a tool belt and fixed machinery on a dusty factory floor in my hometown of Asheboro. He wanted to be in management. When he retired some 40 years later, he was in top management at that same factory.

She said it to me when I was a teenager reading Hunter S. Thompson's crazy stories of presidential campaigns and Lester Bangs' long-winded rants about rock stars. I wanted to work at Rolling Stone magazine. Within 20 years I was Rolling Stone's senior music editor.

When I suffered a nasty addiction during my time in the music business, Mom once stood by my hospital bed and gently reminded me, "You can do whatever you want to do." I wanted to be clean and sober. Today I'm clean and sober.

Early Sunday morning, February 18, I held my mother's hand as she lay in her hospital bed at Moses Cone in Greensboro, taking her last breaths. I whispered in her ear, "You can do whatever you want to do."

At just after 5 a.m., my mother, Charlotte Joan Carlton Kemp, died after a grueling, 11-day fight for her life. She'd contracted this winter's deadly flu, which progressed to pneumonia. She was 85. Only a month earlier, my mom was doing what she wanted to do — laughing, cracking wry jokes with her friends and sweating it out in a Zumba class at the Randolph-Asheboro YMCA alongside women half her age. Mom was in great shape — slender, strong, sharp as a tack. But pneumonia doesn't play. Especially when you're 85. It took a toll on her kidneys and lungs. Had she lived, her quality of life would have been greatly diminished.

My mother wasn't supposed to die right now. If you'd asked her last month, she would have said she was invulnerable. She never got sick, she'd often say. Her less healthy sisters, Carolyn and Evelyn, were well into their 90s and biding their time in assisted living facilities when they died.

When I reflect on the past two weeks, it occurs to me that my mother never would have wanted to be in an assisted living facility in her 90s. So she did what she wanted to do. She died. And though I mourn her death, I'm OK with her decision to let go.

I'd like to dedicate this issue of Creative Loafing to my mother and her simple, optimistic mantra. In the following pages, you'll read stories about other people who believe they can do whatever they want to do. 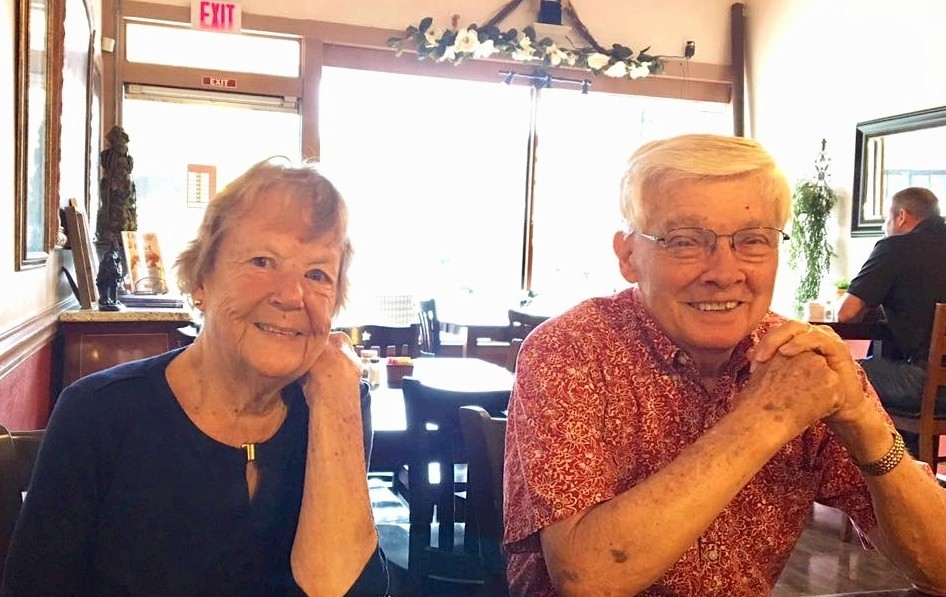 In last week's cover story, we ran Part 1 of our collaborative report with the Indy Week in Raleigh on Charlotte-born Ronnie Long, who has spent the past four decades in prison for a crime he and others say he did not commit. This week, in Part 2 of Long's story, reporter Erica Hellerstein tells the tale of how a determined young criminal justice student, Ashleigh Ward, became convinced of Long's innocence, began helping him mount a defense, fell in love with him and eventually married him.

Ward believed in Long's innocence from the moment she met him. "That's all it's ever been. The guy didn't do it," she tells Hellerstein. "Even when he drives me nuts, it's like, 'Free Ronnie Long.'"

Ward is determined to get her husband out of prison, and I believe she can do whatever she wants to do.

Another story in this week's issue is a profile I wrote on the band Chócala, led by Charlotte siblings Claudio and Liza Ortiz. A little over a year ago, the siblings were in a band called Patabamba, which mixed rock with cumbia and other Latin music styles. Patabamba was excellent, but the Ortiz siblings wanted to free themselves of genre restrictions and do whatever they wanted to do.

So Patabamba evolved into Chócala, which makes hypnotic mixes of Latin percussion, free-jazz saxophone and electronics that defy musical conventions. "We wanted to be 100-percent open to wherever we decided to go musically. No rules," Claudio Ortiz tells me.

And that's what they've done.

Four days before my mom died, another mass shooting resulted in the deaths of multiple people. As a society — in Charlotte, in North Carolina, in America — we need to do something about gun violence. Some believe that means arming teachers. My mother was a teacher. She hated guns. She would not want them in the hands of her fellow educators, who are trained to teach, not to shoot.

We as Americans will do whatever we want to do about guns. I hope it isnt what the NRA wants us to do.

I'm not as naïve as I once was. I don't really believe we can do whatever we want to do. But we can try. And when it doesn't happen, maybe it wasn't supposed to be.

I wanted to make my mom well again. That didn't happen.