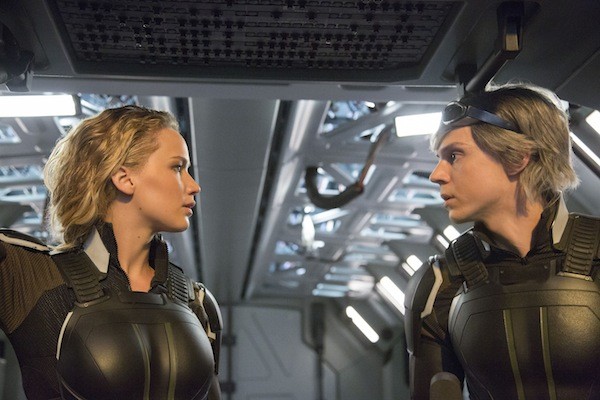 The third time's certainly not the charm when it comes to the X-Men film franchise. After the giddy heights of 2000's X-Men and 2003's X2, 2006's X-Men: The Last Stand registered as a major disappointment. And after the brainy thrills of the quasi-reboot, 2011's X-Men: First Class, and 2014's X-Men: Days of Future Past, the same sort of letdown can be experienced with X-Men: Apocalypse.

If anything, X-Men: Apocalypse reminded me of those loooong-ago teen years when I not only read comic books but subscribed to a trio of team titles (to be specific, The Uncanny X-Men, The Avengers and Justice League of America). The best issues were always the ones which found the superheroes showcasing their distinct personalities and working through their personal problems; the weakest were the ones where the good guys spent the entire story pummeling some generic megalomaniac-of-the-month (The Avengers was the most guilty of this). More than any other picture in the X-series, Apocalypse skews toward the latter sort of tale, with too much emphasis spent on the dullest villain yet seen in this mutant-populated universe. That's not to say there isn't still plenty to enjoy in this outing, but the overriding sense is one of missed opportunities.

The evildoer in this case is En Sabah Nur (Oscar Isaac), a mutant who made his presence known in Ancient Egypt but who has since been laying dormant over the millennia. Awakened in the 1980s, he watches some TV, realizes humankind is a lost cause (presumably, he caught episodes of The Dukes of Hazzard and Joanie Loves Chachi to help him come to this conclusion), and decides to destroy the world in order to rebuild it. Aiding him in his global cleansing are Magneto (Michael Fassbender), who just suffered a personal tragedy at the hands of yahoos, and various teenage mutants; standing against him are Professor Xavier (James McAvoy), Mystique (Jennifer Lawrence), Beast (Nicholas Hoult) and more teenage mutants.

As always, individual scenes offer some familiar faces (you-know-who turns up as a Weapon X of mass destruction) as well as some unexpected ones (The Breakfast Club represented!). And as in Days of Future Past, there's some scene-stealing being perpetrated by Evan Peters as Quicksilver — director Bryan Singer returns to the same slo-mo well, but it still yields multiple chuckles. Singer and his three co-scripters also do a fine job of introducing Teen Beat versions of iconic X-characters like Cyclops (Tye Sheridan), Storm (Alexandra Shipp) and Nightcrawler (Kodi Smit-McPhee, who co-starred opposite Fassbender in last year's quirky Slow West).

But all engaging activity comes to an abrupt halt whenever En Sabah Nur (aka Apocalypse) takes center stage. Isaac is an excellent actor, but he can do little with a part as parched as this one. Glowering under buckets of gloppy blue makeup, he doesn't seem to be playing a godlike figure capable of destroying the world as much as the sort of grumpy uncle who always complains at barbecues that there's not enough mayonnaise in the cole slaw. Even more surprising than Isaac's impotence in this role is Singer's inability to make the action set-pieces as kinetic and kicky as the ones he orchestrated in past installments. Like much else in this overreaching underachiever, these scenes deliver the goods only in fits and starts, resulting in a movie where the excitement doesn't build as much as it ebbs and flows.