This "lifer" is a musician, DJ, booker, scene advocate, promoter and more 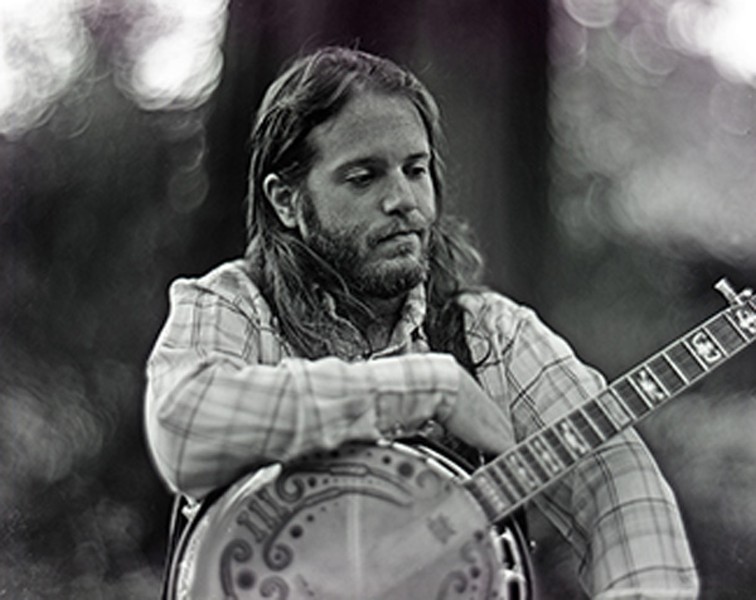 I'm not sure if Wyley Buck Boswell ever sleeps. When he's not booking shows for the Milestone, he's probably on stage performing with Appalucia, or Andy the Doorbum, the Kyle Perkins Band, or the Luciferian Agenda, or International Scar Lovers ... or maybe he's hosting a show at his residence, known as Hamortown. Then again, he could be working the door at the Milestone, DJing at Snug Harbor, out posting flyers for local shows as a one-man street team, or distributing copies of the local music zine Crowd Surfer. Or maybe he's booking his friends' bands at a variety of other venues around town. You know, in his free time.

"Once [musician/music scene fixture] Chris Peigler passed away, I came to the realization that, like him, I'm a lifer here," Boswell, 29, says. "I've been going to shows since I was 13 or 14 and will continue going even if I have a family or settle down in the future."

It's Boswell's enthusiasm for music and the local scene that earned him the booking job at the Milestone four years ago. When owner Jonathan Hughes saw him putting up posters outside of his regular job because of his passion for it, he offered Boswell the gig.

"I hadn't done any real booking outside of my own bands since I was in high school," Boswell says. "I booked for places like Tremont, and SKNet Cafe which became Crown Station. There was re-acclimating to the job, for sure."

As for music, Boswell has enjoyed being the sideman in all of the previously mentioned bands since his own project, the instrumental quartet Hectagons, disbanded last New Year's Eve. He's spent the time learning more styles of music and "rudimentary skills" that he had forgotten over the years since he first picked up a guitar in fifth grade.

"I've missed [being the driving force of a band] a great deal, and I'd like something to fill that void as quickly as possible, but I'm having such a good time being a sideman," he says. "I have a lot of people asking me to play in their band, but it has to be something I'm really passionate about. If I can't see myself staying for more than a year, it's not fair to the band that asks."

A lot of these offers come because of his multi-instrumental talents. He plays a wide variety, including guitar, banjo, mandolin, bass and melodica. He grew up playing drums, which segued to the alto saxophone and then guitar. In 2005, he got his first banjo and self-taught how to play. "I play it more like a guitar," he says. "I've been told I 'scrub' the banjo."

While it takes a lot of work to play in a band, it also takes countless hours to put together shows for the Milestone. Boswell, who also hosts a number of touring bands at his house, equates it to putting a puzzle together — figuring out which bands would go well on a bill. If the Milestone is closed or booked, he'll help friends out by trying to book them in another venue around town, such as Tommy's Pub, Common Market and Thomas Street Tavern. "It's horrible to be out on tour and not be able to play a show," he says. "That's how you put gas in the tank."

And he likes that the Milestone is a place where bands can "cut their teeth" and start building an audience. "No one expects to sell the place out, raise ticket prices and keep coming back," Boswell says. "We want people to go to bigger places."