Wild: The nature of things 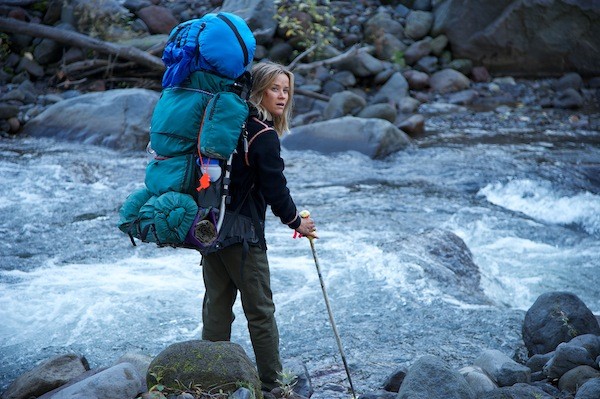 Ever since its August debut at the Telluride Film Festival — and through its tireless relay race over the course of two dozen more fests — Wild has been positioned first and foremost as a showcase for star Reese Witherspoon, creating the impression that the rest of the movie is no more worthy of awards recognition than a bottom-feeding Adam Sandler comedy. Yet Wild is far more than just Oscar bait for an A-list star — based on Cheryl Strayed's memoir Wild: From Lost to Found on the Pacific Crest Trail (with no less than Nick Hornby handling the adaptation), it's a galvanizing human-interest story of the highest order, centering on a woman who immediately emerges as one of the cinematic year's most complex individuals.

Witherspoon is superb as Cheryl, who undergoes a strenuous 1,100-mile hike in an attempt to find herself after suffering through a series of personal crises. An adulteress and heroin addict, Cheryl's grown-up existence has been most informed by the cancer-related death of her mother Bobbi (Laura Dern), a single mom who had been attempting to improve her own lot in life when the disease hit hard. Absolutely devastated by her loss, Cheryl flounders until she stumbles upon the idea of embarking on this hike, an arduous odyssey that poses many risks but also allows time for plenty of soul-searching.

Director Jean-Marc Vallée, coming off last year's excellent Dallas Buyers Club, has fashioned an invigorating picture which, through its uncanny use of both flashbacks and songs, successfully provides a stream-of-consciousness flow that beautifully suits the piece's themes of reflection and introspection. As for Witherspoon, she's having a banner year, producing Gone Girl, lending her marquee value to the sleeper pick The Good Lie (out on DVD Dec. 23) and appearing as part of the impressive ensemble in Paul Thomas Anderson's upcoming Inherent Vice. Wild, however, represents the crown jewel of her 2014 accomplishments — it's a dizzying high-wire act, and she's performing without a net.