The Queen City is filled with dead air 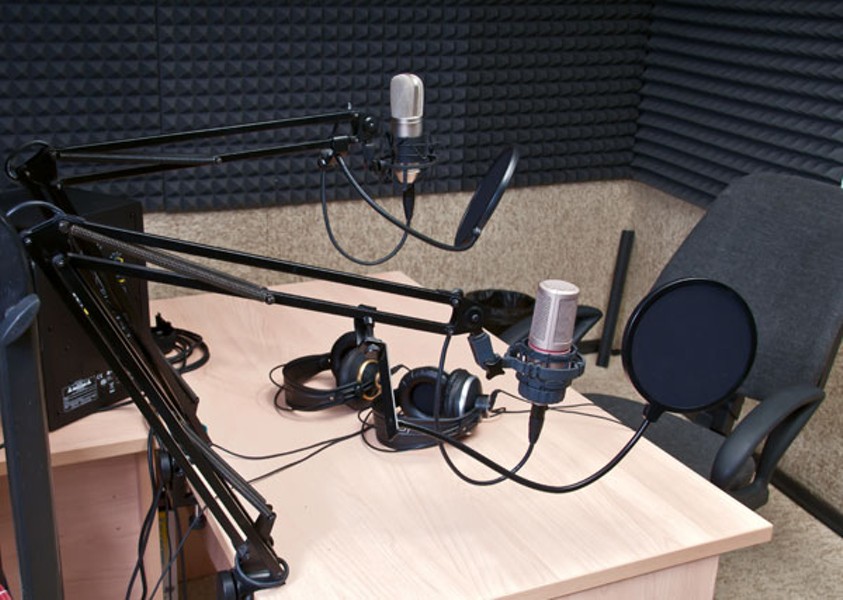 Back in the '90s, when college radio was king and Brian Cullinan was working in marketing and promotion for major labels like Columbia and Sony, he could rattle off minute details about every college radio station in the Southeast from memory, from call letters to tower heights to broadcast ranges. For the life of him, though, he cannot remember there ever being a college radio station on Charlotte's FM dial.

"We should have a much more progressive music scene [in Charlotte]," says Cullinan, now publisher of the regional music magazine Shuffle. "And that has many parents, but one of them is not having college radio."

Without college radio, Charlotte lacks both a stepping stone for the city's musicians and a prosperous, music-industry working class. Sure, Bandcamp and Soundcloud can get music out to fans, but a college radio station lends legitimacy that self-promotion can't. Call it the tastemaker effect.

The closest the Queen City gets is through UNC Charlotte which operates a radio station, but you won't find it on the FM dial. It's only streamed on the Internet, at wwww.radiofreecharlotte.uncc.edu. (Winthrop University, just south of the border in Rock Hill, also offers a similar student-run Internet radio station, WINR-FM.)

There are others, but just because a station is owned by a college doesn't make it a college radio station. Davidson College owns the NPR-affiliated WDAV-FM; once an entirely student-run operation, the station now exclusively provides around-the-clock classical music and cultural arts programming. Gaston College, in Dallas, operates WSGE-FM, a station staffed primarily by volunteers. It, too, is a noncommercial public radio station; a large portion of its programming leans toward eclectic adult album alternative pop, though occasionally mixes a few locals into its offerings.

College radio is "just not part of the conversation in Charlotte," says Josh Robbins, who along with wife Sarah Blumenthal Robbins runs local punk imprint Self-Aware Records. It's not that Robbins doesn't find college radio valuable to Self-Aware, but because it doesn't exist in Charlotte, "there's no reason for me to [think about it].

As labels like Self-Aware affirm, not having a college radio station hasn't prevented Charlotte from having a vibrant, eclectic, independent music scene. But limited band access to the airwaves has certainly been stifling. Indeed, Charlotte doesn't currently have much radio that offers local musicians opportunities to get their music heard. Divakar Shukla spins a 120-minute show dedicated to local music on Sunday nights on the Clear Channel-affiliated WEND-FM. Plaza-Midwood Community Radio, a local Internet station that sometimes feels like a classic college radio station, also dedicates airtime to local bands.

In an age when satellite radio eats up drive-time hours and algorithm-based Internet depots Spotify and Pandora can be bespoke to individual tastes, college radio enjoys less influence than it once had. Yet it still provides boons to local music scenes. This is especially true in the Carolinas, where stations like WXYC-FM and WUSC-FM have helped foster vibrant scenes in Chapel Hill and Columbia, South Carolina, respectively. Disk jockeys typically grew their love of local music by becoming scene caretakers — becoming managers, promoters, club owners, alt-weekly writers. College radio breeds that professional music class, Cullinan says, one that doesn't exist in the Queen City.

The station's still finding its sea legs. This fall, the station will split its formatting — rock-oriented music in the daylight hours and uptempo dance music in the nighttime.

Radio Free Charlotte was founded in 2009, after several attempts at securing a radio frequency — most recently, it tried to secure a low-power FM license but missed the application window — petered out. Avila, 20, had no previous college radio experience when he was named station manager last year. When he took over, he says, the station hadn't been broadcasting for four months. He spent much of the past year steering the station toward professionalism: securing digital rights licenses, recruiting and training student disk jockeys, building the music library, reaching out to local venues and promoters for ticket giveaways to drum up listeners.

"We're starting from the bottom," he says. "We're trying to build this station up to where it needs to be." Avila hopes Radio Free Charlotte will be a galvanizing force in Charlotte's local music scene, like Columbia's WUSC or Durham's WXDU-FM, in time. "But it's one of those things you can't do until you're ready," he says.

The challenge facing Radio Free Charlotte, though, is developing its reach beyond University City without beach-front property on the FM dial. Terrestrial college radio stations have seen their listener bases follow them online — mostly because of their long-standing ties to the local — and local music — communities. They've already built it, and the people have come.

That community-building effect is what's missing here, Robbins assents. "It'd be awesome to have something like that in Charlotte. But you can't miss something you don't know exists."