Where to find Paczki

A traditional Polish doughnut does exist in Charlotte 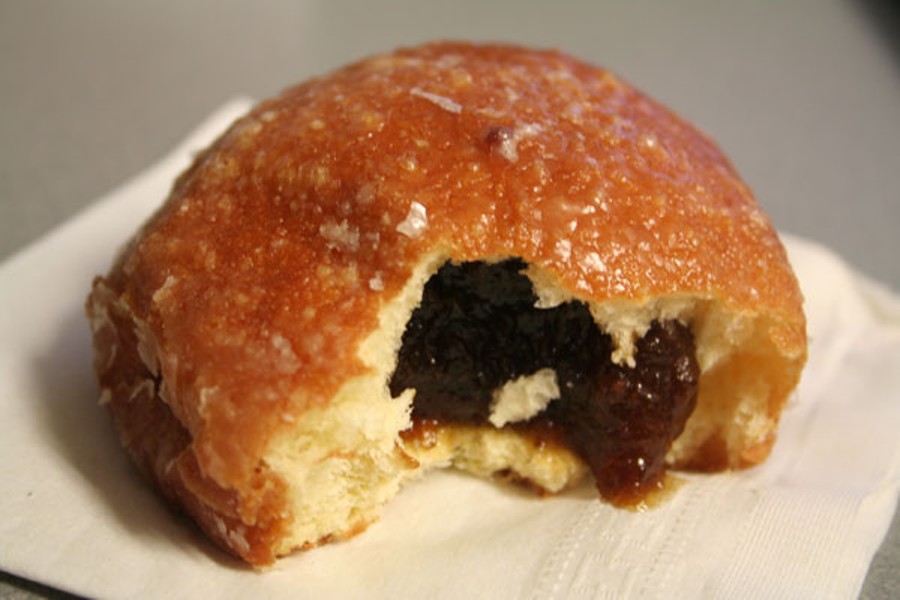 Good doughnuts are easy to find in Charlotte. The quintessential Carolina doughnut is Krispy Kreme, celebrating 75 years. When the "Hot Now" light shines at the newly opened store in Cotswold, KK devotees form an automobile line around the block. Krispy Kreme's simple, sugary, yeast confection, best when hot, is the city's standard fund-raising doughnut. Currently, the seasonal Pumpkin Spice cake doughnut is on KK's roster. On the other hand, there are many locations around Charlotte for the Northern-styled Dunkin' Donuts, which are particularly popular with folks who grew up on the heftier cake and frosted yeast doughnuts. But some people go just for the coffee.

Charlotte also has a spot for Polish doughnuts known as paczki (pronounced poonch-key), a filled cake doughnut. Zygma European Groceries and Deli (212 N. Polk St., Pineville; 704-889-9946) carries a variety of treats from a Polish bakery in New York. Polish cake doughnuts, not as sweet as American doughnuts, are glazed or dusted with powdered sugar and filled with sweet goodness. Zygma has the two most popular fillings: stewed plum jam and wild rose hip jam. Floral flavors are not widely used in the U.S. Lavender, however, has made headway, and both rose and hibiscus (popular in the Asian and Caribbean flavor spectrum) are gaining ground here. Zygma carries these doughnuts on occasion. A few other items Zygma features daily: apple Charlotte cake, Polish poppy seed cheesecake and other Polish cakes by the slice.

Looking for a food you can't find? Or do you know of other food items unique to the Q.C.? Whether a regional or international food, write to me: [email protected].