Ethnic eateries are often the unsung heroes in a city's culinary chorus. Some are cheap, fast and good; others are predictably wonderful, while a third category takes an ethnic cuisine to a modern level. The last category is not cheap, but then you do get what you pay for. Quality costs and imported premium food items may be especially costly.

Charlotte has hundreds of ethnic restaurants. Selecting 10 was a daunting task, but the following group represents the ends of the spectrum: from innovative and expensive, to well-crafted perfunctory and cheap. 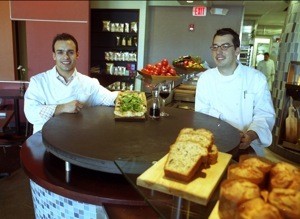 1. Ilios Noches: One ethnic restaurant taking its cuisine to a higher level is Ilios Noches, a creative, well-executed take on upscale Greek cuisine. Greek restaurateurs have played an important part of Charlotte's ethnic restaurant history. But rather than opening Greek restaurants, most of these entrepreneurs who arrived in the 1950s and 1960s opened Italian restaurants, meat-and-threes, fish camps and even barbecue outposts. One of the chef/owners of Ilios is Angelo Kaltsounis, whose father Tommy owns the Landmark Diner on Central Avenue. Co-owner and chef Stratos Lambos also grew up in his father's Greek restaurant in New York, while pastry chef and partner Frank Kaltsounis (Angelo's brother) is one of the most talented pastry chefs in the Southeast -- much less at an ethnic restaurant. Lunch at Ilios Noche includes a marvelous mix of spreads including the smoked eggplant with walnuts and a tzatziki made with Greek yogurt; marinated white anchovies; homemade sausage; a superlative grilled chicken sandwich with roasted red pepper and feta; roasted lamb pie; and their meli mangio pizza with thin slices of tart granny smith apples and flecks of goat cheese. Then there's dinner ... 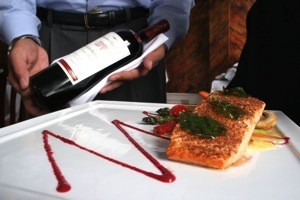 2. Copper, Modern Cuisine of India: Two years ago Copper, Modern Cuisine of India breathed life into the historic Mays house in Dilworth that had seen many a restaurant come and go. Owner Pannu Singh, a native of the Punjab, opened his second restaurant after finding unqualified success in Roanoke, in a section of Charlotte close to banking centers and hospitals -- in other words where many well-heeled Indian expatriates work and live. With this base of expats available, Singh gambled that exploring Indian cuisine -- dishes beyond chicken tikka -- would work. And he was right. Although some still complain that Copper is "expensive," quality ingredients cost. The menu is divided into three categories: "Traditional," "Modern," and "For the Gourmands." The traditional section offers the better-known Indian dishes: tandoori, vindaloo, and tikka. But dishes carry just the right note: Curries are savory, not sweet. The items in the gourmand section are delicate and subtle, yet aromatic. Portions sizes are not huge -- there's plenty of plate showing. The focus is on taste and presentation, two aspects often lacking in tikka emporiums. Copper offers a well-chosen wine list and wines are served in Reidel glasses. Indian beers such as Flying Horse are also popular here. Copper may not be for everyone, especially those who assume ethnic food is cheap. But the quality here shines on the plate.

3. Waldhorn Restaurant: Gitta Maier is another second-generation restaurateur, growing up in her parents' restaurant in Germany. There she decided to continue the family enterprise by going to culinary school, but emigrated to the United States to open the Waldhorn Restaurant (named for her parents' restaurant in Germany) in Pineville with her husband and chef Thomas Maier, a graduate of the Culinary Institute of America in Hyde Park and a second generation German American. Waldhorn is one of those happy dining experiences you want to repeat. If you like beer and food, you won't find a better combo than here. In addition to items that have umlauts, there's pasta pillows with meat and spinach and a selection of gilled sausages. But the best deal is Sunday brunch with dozens of items including homemade breads, omelettes, sauerbraten and spätzle, pork roast and red cabbage, house-made desserts and cheese grits -- we are in the South, after all. Brunch is $16 per person. The tent is up for Oktoberfest activities on the weekends Sept. 28 and 29, Oct. 5 and 6, and Oct. 12 and 13.

4. Cuisine Malaya: A while back, Cuisine Malaya added sushi and Japanese offerings to their list, but my favorite dish is still the Roti Canai appetizer: a hand-stretched, paper-thin, grilled bread dough served with a bowl of coconut milk curry and filled with chunks of potato and thin strips of chicken. Malaysian dishes are a melt-in-the-pot blend of Asian cuisines: southern Indian, Cantonese Chinese, Thai, and Malaysian with a dash of Arabia and Portugal. Cuisine Malaya's main dining room is a nod to tropical Asia highlighted by fans and palms. The owners have set the back space for mainly Japanese offerings. But the Malaysian dishes with married flavors and bold sauces are still what distinguishes this restaurant.