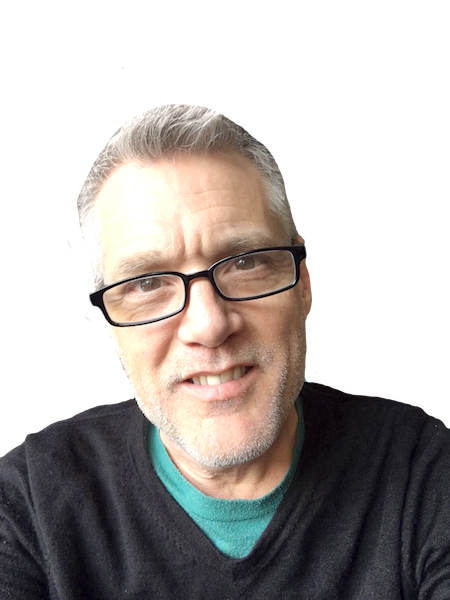 While editing freelance contributor Emiene Wright's terrific cover story on Charlotte artist Sloane Siobhan this week, I ran across a quote that moved me: "Little kids don't color like this."

Siobhan was quoting an unnamed early art instructor who had seen something special in the budding painter at an early age. I felt the piece needed this teacher's voice, or at least the voice of some early instructor. So I looked on the artist's website and saw that she'd given a shout-out to Jillian Goldberg, who had taught Siobhan when she was a preschooler.

It took maybe five minutes for me to find Goldberg's contact info. I wrote to her, asking if she remembered teaching a child named Sloane Siobhan.

"I am not sure if the Sloane you mention is the person I remember. It would be nearly 20 years ago," Goldberg wrote back. "So if you could just fill me in a bit more or send a picture, that would help. If this is the Sloane I remember, I met her when she was about 4 and still have her drawing because, even then, she was exceptional."

It was the perfect quote. That Goldberg had held on to Siobhan's early drawing for so many years said everything that needed to be said. I thanked Goldberg and continued editing.

But Goldberg's email kept nagging at me, and I realized this wasn't enough. Goldberg had also written: "I have not heard from her in perhaps 15 years, so do let me know. Her grandmother's name was Queen, but I imagine she is no longer alive. I also remember that Sloane's last name was Whaley ... I would love to help and [would] love to be in contact with her, so do let me know."

I wrote back to Goldberg: "Jillian, I'm going to just connect the two of you here. I'm sure Sloane would love to hear from you, too. I've copied her. All best, and thanks again."

A few minutes later, another email came through: "Yes, it's me, Mrs. Jillian. Grandma is alive and well, but my mom passed last year. It would be great to catch up if you're in Charlotte."

Ever get those tingly, giddy sensations that make you feel as though you're walking on air? That's the feeling I had when I saw Siobhan's email. And it's one of those things that could only happen in a post-internet world.

Years ago, I would've had to make several calls and maybe — but just maybe — find a contact for Goldberg hours, or even days, later. Then I'd call Goldberg and maybe reach her and get a quote. I'd then have to call Siobhan and give Goldberg's number to her, and hope they reconnected. In truth, all that probably would never happen due to deadlines.

The story would have been great without Goldberg's direct quote; Goldberg and Siobhan would have gone on living their lives, doing their work, maybe eventually reconnecting. But a connection between the two wouldn't have happened in the course of maybe an hour, which is about the time it took for me to get in touch with Goldberg, copy Siobhan on the email, and watch this magical reconnection transpire right before my eyes.

This is the internet at its most powerful and positive: Two women, first connnected when one was an adult teacher and the other a preschool prodigy, now reconnected two decades later. And I had the privilege of watching it unfold online.

I would like to continue being able to watch connections like this be made, but powers much greater than any of us are currently working to roll back gains we've made on net neutrality. In May, President Trump's FCC chairman, Ajit Pai, came up with a plan to destroy the rules that keep the internet free for average people like us and give over power to big corporations like AT&T and Verizon. The FCC will vote on Pai's proposal December 14, the day after this issue hits, well, the internet.

The purpose of net neutrality is to preserve our right to freely and easily communicate and do research online. It requires internet service providers to give us open networks and not block us from getting to content they don't want us to get to, for any reason whatsoever. Without net neutrality, big companies could carve out fast and slow lanes on the internet, giving fast lanes to those with more resources. It took me less than an hour to connect Sloane Siobhan with her childhood teacher; without net neutrality, that process could've taken a prohibitively long time.

Making connections is something I've written about often at CL. It's perhaps the single most important role of a local alternative newsmedia outlet. We make connections, introduce you to fellow Charlotteans doing interesting work in the arts, culture and local government, and you take it from there. We've seen positive connections made countless times, and those connections strengthen our community. Without net neutrality, all of that could come to a grinding halt.