What Other Cannabinoids Should You Know About? 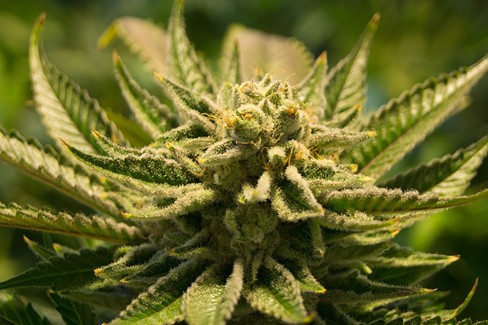 The cannabis craze is in full swing, and if you are getting curious about the benefits of using weed, you aren’t alone. More likely than not, you have some familiarity with cannabis terms — you know that you can buy cannabis bud from your local dispensary, or you can invest in extracts and concentrations that take the form of oils and tinctures. You might also know the benefits of CBD vs. THC, but unless you have delved deep into cannabis research, you might not know about the other compounds unique to cannabis.

Cannabinoids, or compounds only found within cannabis plants, are gaining popularity as cannabis becomes more accessible and its health benefits better known. THC and CBD are the most abundant and most studied cannabinoids — but they are far from the only ones. Read on to learn more about a few more cannabinoids that are promising in their health effects, and how you can maximize your use of them in your cannabis practice.

Cannabinol (CBN) is the only other major cannabinoid besides THC that produces psychoactive effects — and even then, its psychoactive power is much, much lower than that of THC. In fact, CBN is a product of THC decay; over time, and if THC is subjected to improper storage conditions like warmth, light and oxygen, THC compounds transform into CBN. This is why older bud tends to have lower potency than the fresh stuff. Though research on CBN is in its early stages, there are some promising applications for CBN in medical treatment. CBN seems to be:

Cannabigerol (CBG) isn’t a particularly common cannabinoid; in fact, it tends to be present only in very small levels in only some strains of cannabis. This is because cannabis plants typically convert CBG into other compounds — like THCA and CBDA, the precursors to THC and CBD. Some breeders have worked to increase CBG content within their strains, but even so, CBG levels tend to hover around 1 percent or less.

Like CBD, CBG is non-psychoactive, and like CBD, CBG could be a promising tool in medicine. In particular, CBG might be developed into a treatment for:

Cannabichromene (CBC) is one of the oldest known cannabinoids, discovered roughly around the same time as CBD and THC. Even so, relatively little is known about this cannabis compound. Once inside the body, CBC doesn’t bind with endocannabinoid receptors the same way other cannabinoids seem to; instead, it gravitates toward other types of neuroreceptors. As a result, CBC could likely become a useful cannabinoid for:

Though tetrahydrocannabivarin (THCV) might look like THC in its molecular structure, its effects on the human body are vastly different. Like CBG, THCV is present only in trace amounts in a few cannabis strains, particularly landrace sativa strains from Africa, like Durban Poison or Cherry Pie. Because THCV isn’t a common cannabinoid, you might need to look out for breeders that extensively test their products, so you can use test results to identify genetics and THCV content.

THCV has some minor psychoactive effects, but it is of interest to researchers thanks to its potential applications as:

Currently, the best way to get more of these cannabinoids in your weed is to ask budtenders at your dispensary about strains that might have higher concentrations of these compounds. You should also be sure to purchase full-spectrum cannabis products, which include the full suite of cannabinoids and terpenes without the fibrous plant material.