What are the Top 4 Highest Grossing Film Genres?

Movie lovers know that all films are classified into different categories based on their subject matter. These categories, or ‘genres’ are what give prospective viewers insight into what a motion picture may be about. Movie advertisements highlight the genre of a film to make it easier for audiences to choose which flick they most want to see. For example, a thriller will probably not display a couple laughing carefree in the film’s trailer. Here we outline those genres that are most popular, and highlight some must-see movies that are in each category.

Get your popcorn ready - these movies are meant to be explored!

These days when people go to the cinema, there’s a high likelihood that they are going to check out an action/adventure picture. These movies have been around since the very beginnings of the film industry and often excite viewers with incredulous stunts, daring missions, frantic car chases, and inventive plots. Inside this genre there are sub-genres such as military, sci-fi action, and spy films. A great example of this is the long-lasting, box-office smash hit movie series James Bond. In one of, if not the most popular Bond installments, Casino Royale, viewers are left hanging on the edge of their seats thanks to a nail-biting poker game that sees the British spy head-to-head with his arch nemesis Le Chiffre. For this reason, it is also categorized as a great poker movie, as the game is stylishly choreographed in a glitzy venue that perfectly captures viewer’s attention. This genre is famous for containing multiple installments, so just like Bond, there are a variety of different movie series in the action/adventure category. Some of these include The Bourne Supremacy, Fast and Furious, Indiana Jones, and many more.

There’s a fine line between drama and action as both categories overlap at times, with drama films containing hints of action and the other way around. This is because a huge element of the drama genre is a plot that is largely character-driven. Sub-genres of dramas include historical drama, romantic drama and docu-dramas. Winner of the 2020 Oscar for Best Picture, the film Parasite is a great example of one of the best dramas that has been released in recent years, as it communicates a highly dramatic storyline that reveals itself step by step and with an entire host of deeper meanings and themes. Other worthwhile films in this category that have been released in the last ten years are Gone Girl, Interstellar, and Joker.

Moving slightly away from the more ‘serious’ movie genres into the laughing zone of comedy films, this category has produced some of the most memorable productions in the industry. Often categorized by a plot that is centered around amusement, this genre aims to make audiences chuckle before anything else. Whether it’s slapstick comedy, romantic comedy, satirical comedy, or all of the above, these films have a way of attracting all types of movie lovers. Professional comedians themselves often enjoy movies in this genre, as sometimes inspiration for new writing material can be garnered from them. If you are a stand-up comic yourself, lessons like these are important especially when starting out. If you aren’t a comic but happen to be due for a good laugh session anyways, check out this list of 5-star 21st century comedies that are sure to put a smile on your face. 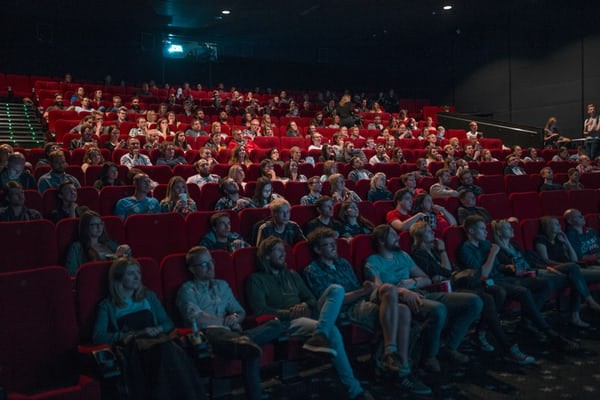 A genre that is often a hit or miss amongst movie goers, the thriller/suspense category is either very praised or highly rejected. This is because many viewers don’t enjoy feeling scared when they go to the cinema or are worried that they will see something in a thriller that may keep them up at night. These movies feature elements of heightened suspense and dramatized tension. Although not exactly the same as the horror genre, thrillers can still be full of ‘scary’ scenes and moments as well.