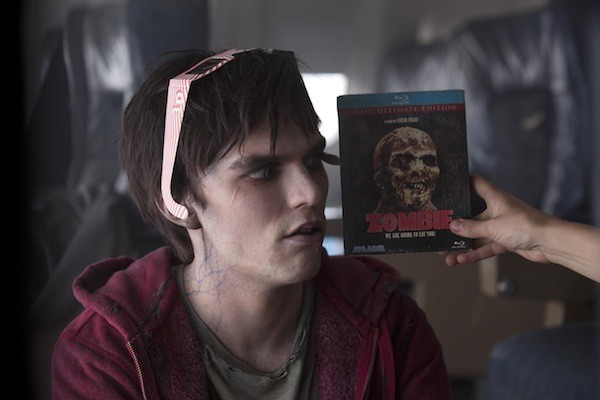 Another zombie movie? As the kids would type on Twitter, "FFS." Yet even after we thought the genre was exhausted with 28 Days Later ... and then Shaun of the Dead ... and then Zombieland ... and then some ... here we find fresh blood pumped into the format with Warm Bodies, an adaptation of Isaac Marion's novel that began life as a short story floating around the Internet. Nicholas Hoult narrates the movie from his vantage point of playing one of the undead: He's "R," a zombie who becomes smitten with the human Julie (Teresa Palmer), more so after he eats the brains of her boyfriend (Dave Franco) and acquires all his memories. Initially afraid of R (understandably so!), Julie comes to realize that he's not a threat, and together they wonder if his progression back to normalcy means that it's no longer necessary for her militaristic dad (John Malkovich) and his troops to annihilate all zombies. The laughs are modest and the scares are nonexistent, but the romance is awfully charming — and Hoult and Palmer make an irresistible couple.