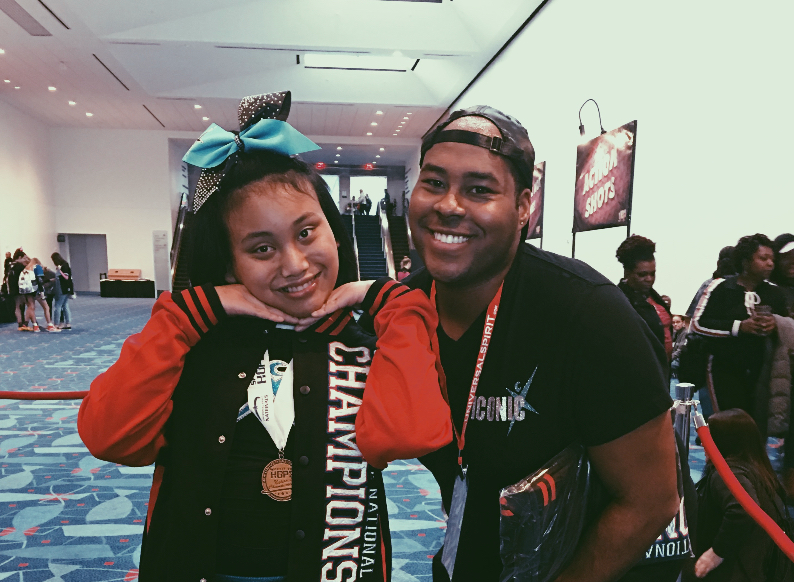 Twenty-five-year-old, Trey Watts, has made serving others a way of life. This Statesville, NC native is known for his bubbly personality, heart of gold, and leadership among the cheer world. He finds great joy in filling a room with laughter and making new friends.

Trey entered the cheer world at 14-years-old and never turned back. Early on, he cheered for West Iredell High, earning three consecutive state cheerleading titles. He also cheered competitively for Cheer Extreme, traveling with Co-ed Elite to competitions all over the country. He quickly raked in several medals, trophies, and awards, including a National and World Championship. He has extended his influence beyond the cheer community. He has booked gigs with the ‘Final Five’ gymnasts, and has been published in the book Keep Holding On, featuring Olympic Gold Medalists, Simone Biles, and Shawn Johnson East.

Upon graduation, Trey was scouted to join the coaching staff. He is highly regarded for his creative choreography skills and is contracted by teams to create unique routines, many of which have led to titles and awards. Continuing his passion for cheer, and combining it with his studies in Special Education, Trey coached the first ever competitive special needs team at Cheer Extreme Winston-Salem . The squad of 17 cheerleaders has been a huge success, winning National titles for three years straight.

Trey is bringing his talents to Charlotte! Last month, he accepted a position at Cheer Extreme Charlotte where he will coach several teams including Tiny Tots, a Youth 4, and a Senior 4. He is also working to implement a special needs program for athletes here in Charlotte.

“There’s nothing more satisfying than watching an athlete accomplish their goals,” Trey says.