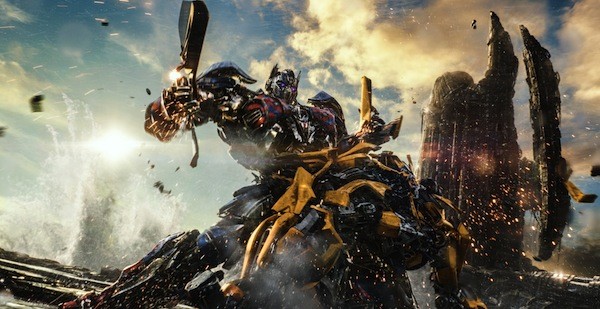 As a filmmaker, Michael Bay has never seemed particularly interested in coherency or linear thinking or anything else that carries an idea from Point A to Point B. With that in mind, here’s my own stream-of-consciousness look at Bay’s latest bray, Transformers: The Last Knight.

At 7 hours 15 minutes, the fifth film in the robotic series surpasses the 4-hour-8-minute Gettysburg as the longest theatrical feature ever made. Keep in mind that I did not have a watch or cell phone on me during the screening, so my estimate of the running time might be slightly off, with a margin of error of plus or minus 5 hours. But it certainly felt that long.

Mark Wahlberg returns for his second appearance as Cade Yeager, the Transformers’ BFF. Here, Cade’s the one who best embodies the spirit of King Arthur and thus is chosen to save all of humanity. Back in 2012, Wahlberg stated that 9/11 wouldn’t have happened had he been on one of the hijacked airplanes. “If I was on that plane with my kids, it wouldn’t have went down like it did,” he told Men’s Journal. “There would have been a lot of blood in that first-class cabin and then me saying, ‘OK, we’re going to land somewhere safely, don’t worry.’” While most Americans were offended by Wahlberg’s imbecilic statement, Bay apparently gurgled and cooed over such a shining display of machismo – hence, we now have Dirk Diggler as The Chosen One. 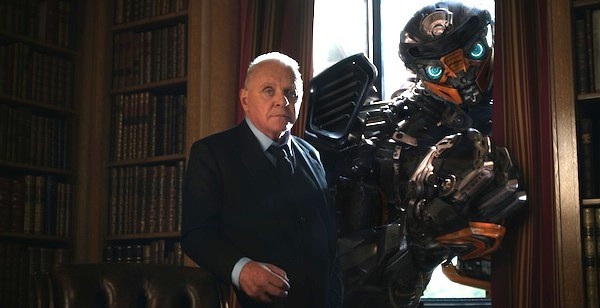 The latest distinguished actor to opt to slum in this series for the sake of a gargantuan payday is Anthony Hopkins. Unlike, say, past players Frances McDormand and John Malkovich, he does not seem embarrassed by his appearance. Then again, Hopkins already has a long tradition of swooping down on paychecks like a hawk targeting a bunny rabbit – see, for instance, Alexander, Bad Company and that daft werewolf movie with Benicio Del Toro.

One scene features a pair of bickering Transformers voiced by John Goodman and Steve Buscemi. With John Turturro also appearing in the film, it’s safe to say this is the reunion movie that The Big Lebowski devotees were eagerly awaiting. Fans of Walter and Donny, be sure to thank Michael Bay in your prayers tonight.

Speaking of Turturro, he gets off one amusing quip wherein he states than an ancient book was probably made out of “goat scrotum or something.” This made me realize that every major Hollywood movie should work the term “goat scrotum” into its script. In fact, I believe that if La La Land had showcased a song called “City of Goat Scrotums,” it would not have lost the Best Picture Oscar to Moonlight.

There’s a Decepticon in this movie called Mohawk and he sports an actual metallic Mohawk. Nuff said.