Inside the wicked web of a Charlotte pimp

Before it all came crashing down, Howard would become one of the east side's most formidable drug dealers and he, his brother David Howard, and his mother, Ila Howard, would build a small sex and drug empire on the backs of under-aged, mentally unstable, and drug-addicted girls who often walked around with blackened eyes and broken noses.

No official estimates of the Howards' profits exist, but according to papers confiscated from Ila Howard's corporate office on North Tryon Street, she'd planned to report earnings of nearly $400,000 between September 2003 and September 2004 to the IRS. Investigators believe the real total is much higher.

Even now, two years later, Charlotte-Mecklenburg Police Department officials admit to a certain amount of naivete. The police just hadn't seen a racket in Charlotte quite like this one, though they have now begun to see signs of others like it more recently.

Somewhere between the missing persons division, the violent crimes unit, and the county's department of youth and family services, young women were falling between the cracks.

The success the police department had previously had with prostitution exclusion zones, vice stings and drug busts hadn't prepared them for this. Detectives with 25 years experience had never run into anything quite like it and had to learn as they went. Officers in missing persons struggled with organizational charts they still don't think they got quite right. 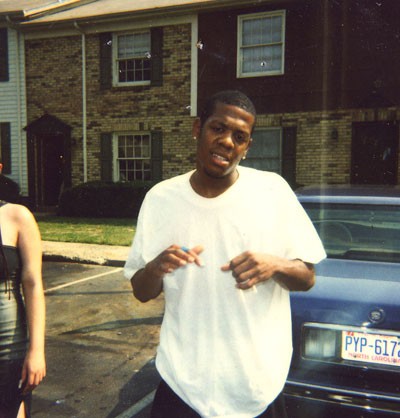 To Iceberg Slim, it all would have made perfect sense. The Howards' organization was textbook, from the "bottom bitch" all the way up to the "macks" and their pimp.

In the weeks before the event, legendary American Pimp Don Magic Juan and his pals get together to pick the pimp of the year. The criterion, loosely defined, is flashiness. How many homes a pimp owns, the cars he drives, the jewelry he wears, the size and quality of his "stable" of women.

"It's like the Academy Awards: If you win, you get more girls, your light be able to shine," Juan explained to Salon.com. "The Players Ball brings people together to recognize that pimpin' is hard work, despite what the public thinks. The ball appreciates the blood, sweat and tears it takes for a guy with a third-grade education to be driving a Rolls and wearing diamonds."

Even the hookers look happy, hanging proudly on their pimps or bending over as part of an obscene gesture for the cameras. It would be easy to laugh at the absurdity of it all if guys like Tracy Howard didn't take it so seriously, if they didn't spend their waking hours trying to earn a place of respect on the Player's Ball guest list.

Howard would spend hours watching the documentary American Pimp, another well-meaning look at the pimp game that wasn't intended as instructional material. He'd go to Blockbuster and rent it again and again just to have it around, said Carrie. To her, the aging, street-hardened pimps who spilled the secrets of their "spit game" in interviews for the documentary were "stupid," and so was the gaudy Player's Ball and the brain-dead whores.

Most of the time, Howard would just ignore her, hit rewind and watch it again.

"That's where he got the motivation from," said Carrie.

The girls who made it to the courtroom last month to testify at the Howard trial were not the glamorous, grinning whores from the video. Though many of them were led in bound in chains, the women who worked for the Howards looked relatively normal when they took the stand. That is, until some of them opened their mouths and words began to come out. Listening to the most wretched of them, it became obvious within minutes that those sitting before the court weren't human beings, but merely the mangled psychological remains of humanity -- still talking, still breathing, but obscenely unwhole.