Most of us got their first look into a magic world of the casino through watching casino movies and picking bits and pieces of how the game runs. Many movies feature gaming in one way or the other. Sometimes it's a gangster flick or a heist film or some top blockbuster with a star crew that uses gambling set just as his background. Even if you are not one big moviegoer, these films will spark your interest if gaming is your passion. There can be many honorable mentions, but we chose a few that we consider evergreen classics in this genre.

This 1998 masterpiece is one gritty outlook on the life of someone who works inside this industry, and it is consumed by it. The main protagonist played masterly by Clive Owen offers some pretty realistic depiction of living inside the gambling world. This is not Martin Campbell and his Casino Royale, and it's certainly not Terry Benedict or maybe George Clooney in a Steven Soderbergh hit about eleven professional criminals who are trying to score big time. This is one little guy who grinds every day just like most of us in the hope of a better tomorrow. It is one perfect depiction of a shady casino lifestyle and the consequences that prolonged exposure to a certain environment can have on one's personal life.

Jack is not any bond villain like Le Chiffre but more of an anti-hero that embraces some nihilistic approach to life. This movie is story-driven, and it depicts one period before online gambling when each live game was the only one in town. It certainly deserves its spot among the top 5 movies about casinos. It will make you want to become a dealer yourself just to feel the power that he has on the card table and over his customers.

There is no better movie about running a casino operation than 1995 hit starring Joe Pesci, Robert De Niro, and Sharon Stone. This Martin Scorsese masterpiece will always be among top casino movies ever made. Based on a true story, this movie depicts that golden age of las vegas casinos before corporations took over Las Vegas and erected MGM Grand, Mirage, Bellagio, and other casino palaces. Pesci gives one mesmerizing performance as a tough enforcer and Scorsese elevates the art of film making to another level. Las Vegas comes to life as two childhood friends struggle to survive in the unforgiving world as their world becomes more complicated by, of course, one woman that comes into their lives.

Bob and Joe are a perfect match with a lot of chemistry between them to make this film worth watching just to see them exchange witty dialogs. Las Vegas can be one place where dreams come true but also some dangerous turf where disputes are resolved by digging a few holes in a desert. For a casino movie that tries to walk you through that tin line of moral ambiguity, it does some pretty good job. It ain't a high stakes poker show or a bachelor party flick but one hard-core gangster classic. 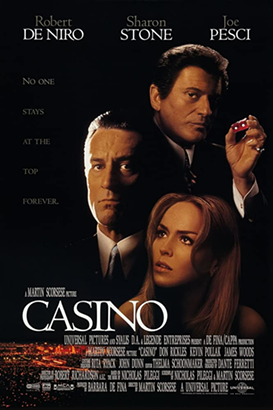 Any stakes poker game is good when you need some quick cash. Even the one where you try to hustle one whole army of police officers who do not take this kindly. This is not a James Bond or some rat pack movie but one simpler storyline about the anatomy of a poker game taken from various angles. Making money the easy way is everybody's dream, but playing high stakes poker is not the easiest way there is. Mike and Lester are totally opposite characters who have their own way of dealing with problems.

When one situation arises, that requires some risk-taking, their love for the game and gambling, in general, will unite them together in an attempt to beat the overwhelming odds against them. Out of all casino games, this one is the most ruthless, and our protagonists know this but just can't help themselves. They hope to win several consecutive sessions to repay outstanding debt, but this is going to be some hard task to archive. Meanwhile, they will learn a lot about themselves and the limits of human capabilities. Going into a sunset and throwing one big party is not an option for true rounders. 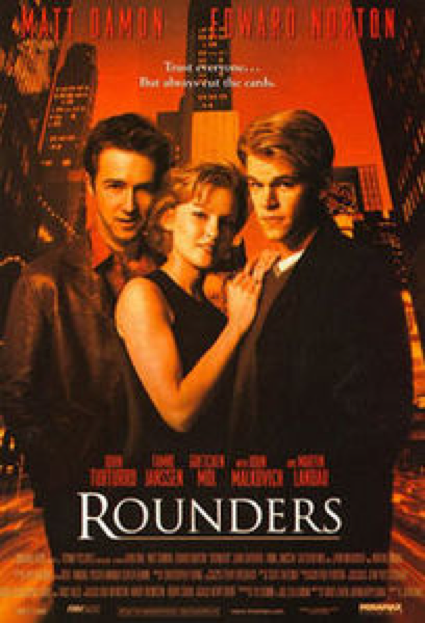 This is a story of one link between brothers and reuniting with your loved ones, but who can ever forget that part when Charlie and Ray hit that vegas casino and clear those tables. Card counting has never looked so good before, and that is why every Las Vegas joint uses six decks to prevent any shady activities, although everyone is welcome to try counting techniques. Ray doesn't even realize the concept of money, but he is very talented in making some. That is what is so great about it, his innocence that radiates from the screen, and it's in pure contrast with his brother that is kinda shady figure.

Because of this famous scene, every time you see las vegas casino clip, you will remember an autistic young man who can beat the house any day. From Vancouver to New Zealand, everyone loves Ray and what he represents. Every real money casino NZ has to offer features blackjack for sure, and the rules haven't changed since the Rain Man, just a number of decks that are used in gameplay. Joints have learned their lesson, but it's still one of the most favorite games to enjoy.

It appears that the 90's were some great years for the gaming industry depiction on a motion picture. These flicks embodied the glamour of the gaming industry that was interconnected with Holywood. This story was masterfully written by James Toback, and it suppresses Danny Ocean and his eleven buddies heist flick by delivering one smooth tale of love and betrayal. Bugsy is one founding father of Sin City, and this is an homage to his legend, which was very turbulent and sometimes violent. His visionary quest will get him into trouble but will also give him an opportunity to meet a love of his life.

His devotion to this woman that he loves is in conflict with numerous obligations toward his friends and associates, and as he juggles and tries to keep things in order, new problems seem to appear on every corner. This will ultimately be the downfall that will propel him into a legend. There are only a few love stories that resonate through the ages as the one between Benny and Virginia. It is like some reminder that all good things don't last for long, but while they do, one needs to appreciate them.

We won't bother anyone with any list of honorable mentions, but just keep in mind that there is a bunch of movies that depict gambler's life from different angles. Explore this genre until you find that one that suits you, but until then, enjoy our best picks. 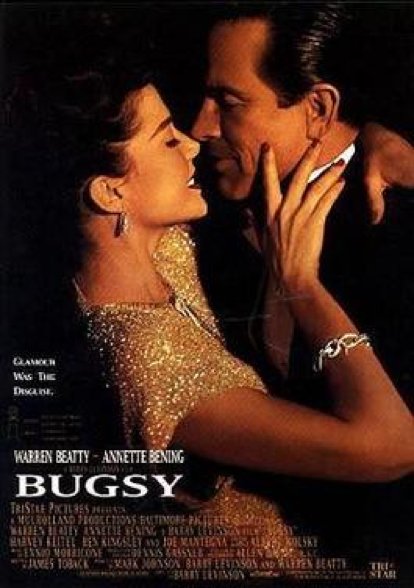