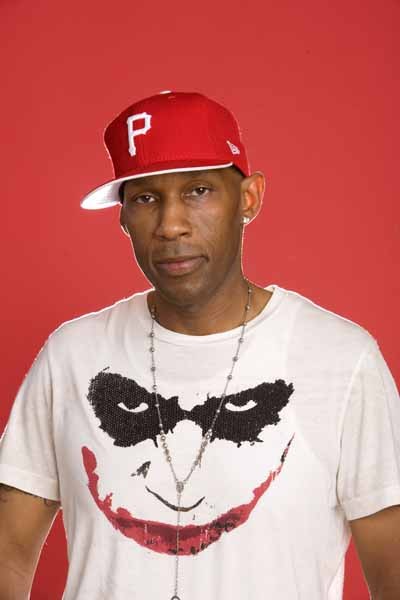 "The measure of how good the show is, is the next week," Tone-X says. "You're only as good as your last show. If they come back, the same way they did the previous week, then -- that's why we try to put the focus on the show and not the comedian that's coming because that's fickle. So, if the majority of the crowd doesn't know who he is, then they might feel compelled to stay home. But if you talk about Tone-X and Friends -- you don't want to miss the experience."

This Tuesday night show has brought things full circle for Tone-X. When he was just a fledgling comedian, he began hosting a weekly comedy night in 1995 at The Comedy Zone, which was the same venue that Skandalos is today. At that time, he was still living in his native town of Wilmington, and was only a few years removed from serving in the military. He would drive to Charlotte each week for the show, and that led him to making appearances on Power 98 to promote that week's comedy acts. In 1997, a spot on the station's morning show opened up, and Tone-X got the gig.

Years later after he was no longer hosting a weekly comedy show in Charlotte, his friend and fellow comedian Chris Robinson brought him back to what he'd been missing.

Pissed off with the promotion guys he'd been doing local shows with, Robinson was driving along Independence Boulevard one day and saw a sign promoting live comedy and music. He realized that the old Comedy Zone was now reopened as Skandalos. He went in to talk to the owner and presented him with an idea of hosting a weekly comedy night. The owner liked it.

"I walked out of Skandalos happy, but then it was like 'OK, I got a room, but who am I going to partner with?'" Robinson says. "Then I remembered what Tone's mom said -- that we should do something together." He took the idea to the Belsers, they liked it, and they spent about a year working on getting it started. "Now it's one of the hottest nights in Charlotte," says Robinson.

Tone-X and Friends is put on by Y Square Management, which is run by Yolanda Belser and Kimberly Edmonds. After running in similar social circles and both having experience in entertainment, Belser and Edmonds began doing promo work together about seven years ago. They established Y Square in 2005, and Tone-X is their top client. He's also Belser's husband.

"When we created the show, it was going to have two hosts, Tone-X and Chris 'Funnyman' Robinson, and we were going to incorporate live entertainment and give local, amateur comedians a chance to spotlight themselves," Belser says. "So we didn't go into it saying we were going to bring all these other comedians in because it was going to be centered on Tone. We wanted to showcase his talents and give people a chance to see him. They hear him on the air every morning, but they were forgetting this dude is a comedian and not just a radio personality. When people realized that there was a Tone-X and Friends comedy show going on, we had comedians calling us out of the woodwork to be booked. And it's become a blessing because our calendar is booked up." And if you can't make it out to the show, you can watch it live on SwaggerTV.com, an online venture Y Square Management co-owns.

Tone-X, who has gone on the road with or opened up for just about every major black comedian on the circuit (including The Original Kings of Comedy and has appeared on Diddy's Bad Boys of Comedy), has been touring this summer with comedienne Mo'Nique. He's been opening up her show during many of its weekend dates. The schedule has led him to occasionally flying out of Charlotte on a Friday afternoon and flying back late on a Sunday night, which means he doesn't miss his weekday morning show gig or his Tuesday night show. (On one particular trek, he did shows with Mo'Nique in Connecticut on Friday, New Jersey on Saturday, and New York's famed Beacon Theatre on Sunday.)

"He does whatever he has to do to be here on Tuesday nights," says Edmonds, his co-manager. "He's only missed one show, and we've been doing this every week for over a year. That show he missed, he called in -- you can tell how much he cares about it and how much the audience loves him."

For as much as Tone-X loves the stage and has a pension for making people laugh, he's not one of those comedians who's always "on." That, coupled with his frequent discussion of social issues and mentions of God, makes him somewhat of an inspirational speaker. Some of that eases into his stand-up at times. In another life, he'd probably be a preacher.