Though six were arrested, the hundreds of protesters who showed up outside of Bank of America's shareholder meeting remained relatively peaceful Wednesday

Uptown was a little nosier than usual today after nearly 600 protesters rallied around Bank of America's headquarters, then the stadium, then old city hall, during the bank's annual shareholder meeting. Activists from across the country came to speak out against the bank's foreclosure practices and monetary support of the coal industry. Some took turns yelling at shareholders as they entered the building, while the rest chanted and banged on drums. 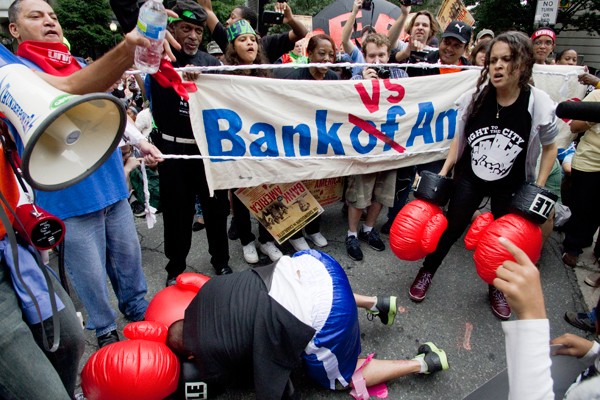 Six were arrested, but all sides agree it was a relatively peaceful day.

Johnny Rosa, a protester from the Boston area, was one of those arrested for crossing a police line during the rally. Scottie Wingfield, a member of Occupy Charlotte, was arrested during the march from headquarters to the stadium. The names of the others were not known as of Tuesday afternoon.

The event began in the early morning when three separate groups began marching toward each other from different points in the city and eventually converged in front of the meeting. People came from as far away as Los Angeles to represent different causes, including the environment, fair housing, education and worker's, women's and immigrant's rights.

Protesters thanked police for their patience and, at times, antagonized them. With a mariachi band full of activists that flew in from Los Angeles and a drum corps representing Greensboro, it felt like more of a party than a protest.

"I am stoked about the turnout," said Todd Zimmer, coal-finance organizer for the Rainforest Action Network. "The full diversity of the 99 percent is represented."

Organizers had been in touch with police about the routes they were allowed to use. Some even anticipated to leave in handcuffs.

"We've been able to negotiate our rights with police, and we didn't take any arrests we didn't plan," Zimmer said before Wingfield's unexpected arrest. "I think our message is getting across loud and clear."

Major Jeff Estes of the Charlotte Mecklenburg Police Department said he was happy with the way each side handled their duties as he spoke to march organizers about a route to Bank of America Stadium, where protesters congregated for less than an hour after their march from BofA headquarters.

During their time at the stadium, protesters listened to Jennifer Carillo, a BofA shareholder who had just left the meeting.

"What I saw and heard in that meeting was disgusting," Carillo said. "Yet no person in that meeting who stood and spoke to [the BofA BofArd] had anything positive to say about their practices. Every voice that spoke was in dissent."

She then read from a handout that had been given to the shareholders, with protesters chanting "bullshit" to every point made on BofA's behalf.

Rain began to fall as protesters then marched back to 600 E. Trade St., the former city hall as well as the birthplace and home of the Occupy Charlotte movement, which was removed from the lawn in February after the city passed more restrictive camping ordinances. At one point, the protesters stopped and sat at a busy intersection because they were told by police that they could turn onto a street that was actually blocked.

"It's a shame they picked off Scottie," said Michael Zytkow, a protester affiliated with Occupy Charlotte. "She was in the mass, but they just moved in and grabbed her. That's when we decided to start pushing back out on the street. We were just playing PacMan there for a minute."

Protesters didn't have a permit to march but were told by police they could use some Uptown streets.

"We know that if you give it up, it's gone," Zytkow said.

Bystanders whipped out their camera phones as marchers passed through the city. J.B. has lived in Charlotte on and off for 30 years and said he had never seen corporate protests in Charlotte like he saw today.

"I'm glad to know the spirit of protest is alive and well in the Queen City," he said. "I mean, this is America, right?"

He came to watch a boxing match scheduled during the protest between "Moynihan" and the "99 percent." Someone passing by told him he missed it. J.B. laughed. 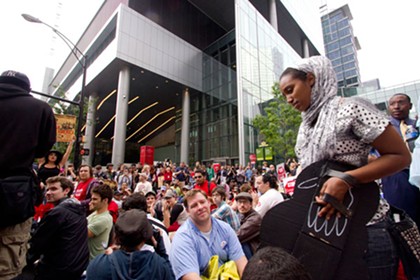 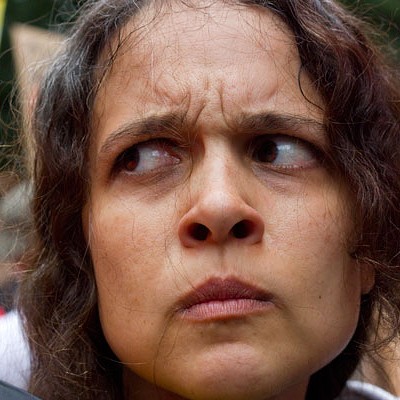 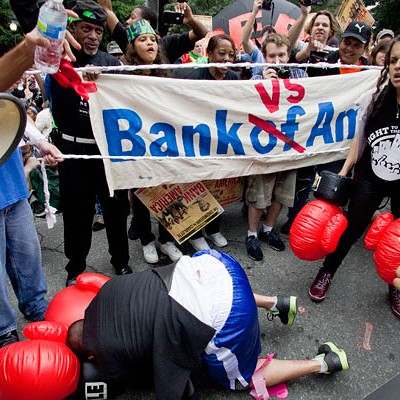 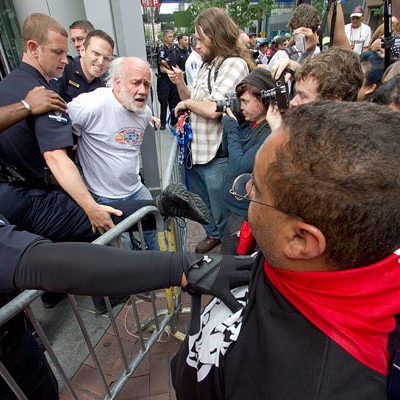 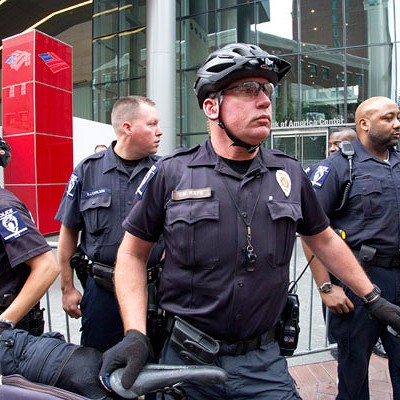 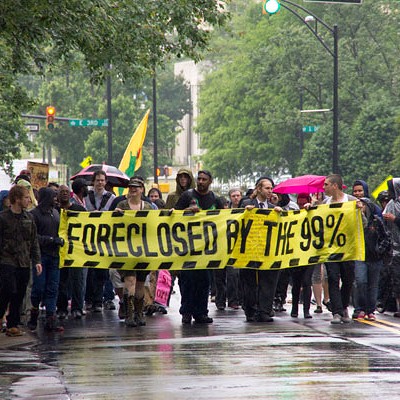 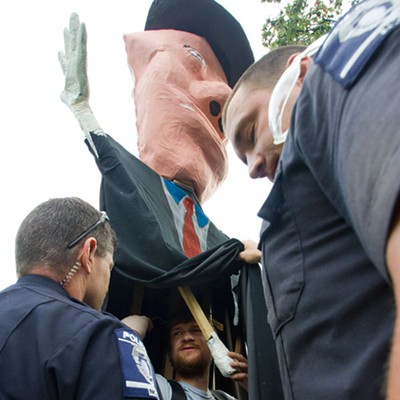 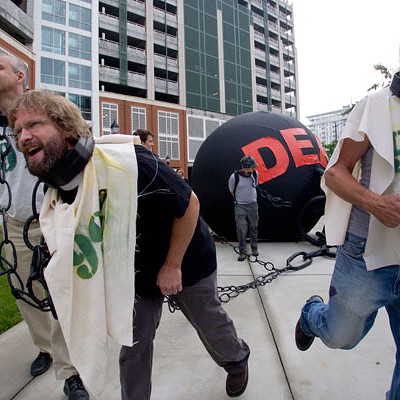