The People of the People's Convention

This is your moment, Charlotte

When we heard convention organizers were billing the DNC as "The People's Convention," we thought everybody was invited. Silly us. What organizers were actually referring to was the funding structure: The Democratic National Convention is being paid for mostly by individual donors — people — not corporations or lobbyists.

Still, CL wanted to find out what The People expect from The Convention. From political junkies to waiters, teachers to musicians, we got a wide spectrum of opinions. We'll meet up with the same people again after it's all over to see if their expectations were met. 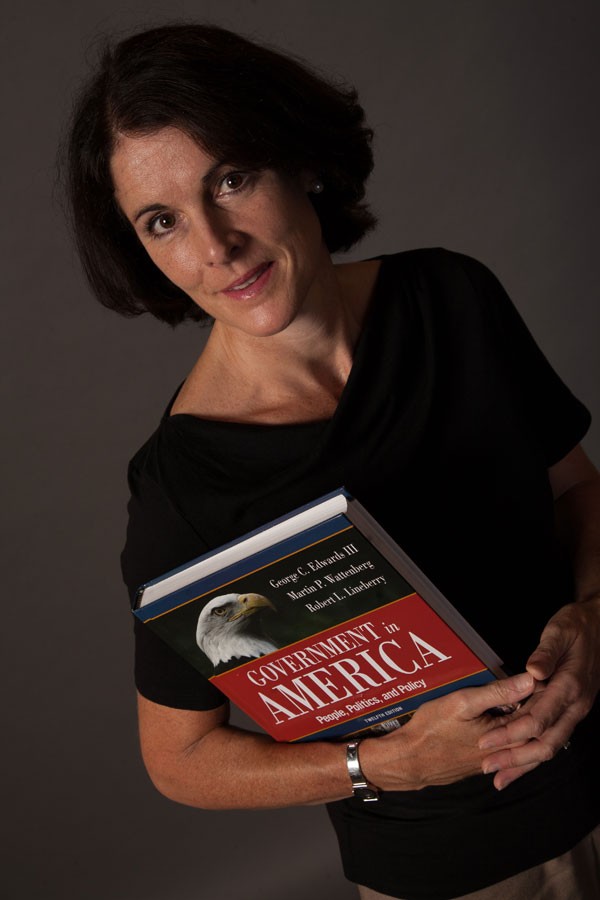 Margaret Commins, a Washington, D.C., native, grew up watching protesters in action in the '60s and '70s. Many of the underclassmen she teaches at Queens University did not.

That's why the assistant professor of political science and international studies has assigned her students to interview demonstrators in Uptown during the three days of the DNC. These students, who started her one-credit experiential course in late August, plan to ask protesters about their income level, religion and reasons for demonstrating, based on a list of questions created in the class. To keep the pool as diverse as possible, students will visit Uptown at different times of the day. After the November election, Commins and her class will compare these interviews with exit polls, weighing the average voter's opinions against the average protester's.

"We all have preconceived notions of protesters, especially students in this generation—'they're crazies, they're hippies,'" Commins, 49, said. "It will be really eye-opening for them."

Where can you sit beside a former surgeon general, watch Bill Maher perform live and shoot the breeze with actress Daryl Hannah at a party co-hosted by Rolling Stone and Trojan condoms? For Vinod Thomas, that place was the Democratic National Convention in Denver four years ago. From attending morning meetings with the Indian American Leaders Initiative to getting one-on-one time with then-Sen. Barack Obama, Thomas was a jack of all trades as a delegate of the Young Democrats of North Carolina.

And he was not afraid to jump into demonstrations happening outside the convention. Thomas hopes delegates will do the same at this year's DNC. As a page with the North Carolina delegation, the 36-year-old will guide delegates to social events and meetings. But he expects some will leave the conference rooms and join protests, which he predicts will be peaceful.

Laura De Castro has spent this year recruiting, training and managing volunteers for the DNC. Her parents immigrated to the U.S. from Colombia when she was a child and brought their love of politics with them.

"My parents got active in local politics when I was younger," De Castro said. "And being the baby, it was not an option to stay home, so they brought me along for the ride."

She suspects the first week in September will be one of the busiest of her life.

"I expect to be absolutely slammed and not get much sleep from when the first people arrive to when the last delegate departs."

Ray Spain, aka MC Bearcat, is a local waiter and rapper whose group Eyes of the Elders will play a show at the Neighborhood Theatre the day after the convention. "Once we found out the DNC was coming to Charlotte, we wanted to be a part in some way," Spain said.

Spain grew up in rural parts of the state and watched Obama become the first black president. That night four years ago created a lasting memory and changed his perception of his home state. He hopes the DNC will prove just how much it's changed to the rest of the country.

"North Carolina going blue again in 2008 was a historic moment," Spain said. "My whole life until that election had been [living in] a conservative state, in its thinking and policies."

The goal for local DNC participants, he said, "should be showing that the city and state are full of progressive-thinking people, not just the closed-minded fanatics who refuse to educate themselves."

Aisha Dew is chairwoman of the Mecklenburg County Democratic Party and a member of the convention host committee. But more importantly, the 35-year-old is the face of a new exuberant era of regional politics that she hopes the convention will help energize.

Dew grew up accompanying her mother to the polls to volunteer for campaigns like those of former Charlotte Mayor Harvey Gantt.

"I helped her in handing out information and doing canvassing, though I didn't know the terminology back then," Dew said. "As a child, I thought that was one of the most exciting things that I could do."

Dew left politics and the state to work for a nonprofit, but the Obama campaign and the DNC brought her back. This year, Dew signed up to volunteer for the convention but opted not to run for a delegate spot so that other local Democrats could relish the experience.

"This is amazing for Mecklenburg and North Carolina, to witness the renomination speech of America's first black president," Dew said. "Hopefully, we will maintain that energy to win in November, from the White House down to the courthouse."

Deana Pendragon runs Big Mamma's House of Burlesque out of her Plaza Midwood home. She has owned the company, through which she designs costumes and organizes burlesque shows at the Visulite Theatre, for six years. At just 36, she's become a local cultural icon.

Pendragon wants to make sure the city gives as much as it takes from the DNC — without forgetting its manners.

"Our country and its politics are important, but our city and our state need to make a good impression," she said. "Of course everyone's saying, 'Oh, I can't wait for the money, and I can't wait for the people and the cash infusion into our economy.' That's good ... but your reputation lasts longer than your cash."

Though Vibhav Kollu became a delegate while still only 17, he has more political experience than many twice his age. The recent graduate of Cox Mill High School started a political club at school and compared the gridlock within the group, which was full of conservative students, to the way Congress works (or doesn't work).

He soon moved on to bigger things by running for a spot as a North Carolina delegate. But his campaign wasn't easy to run. "I almost dropped out near the end. I didn't think I'd win," he said.

Now 18, Kollu is excited to raise awareness in September for the issue he is understandably most concerned with: college affordability. "College is expensive, and I think we really need to work on keeping it affordable," he said. "Obama is doing a good job with that, and I'd like to see him be able to continue."

Aside from the obvious networking opportunities, Kollu is hoping to meet Vice President Joe Biden and former Vermont Gov. Howard Dean, two of his idols, during the convention. Kollu became shy when asked about his future in politics. "I know that I'm never not going to be involved. I definitely don't plan to miss a vote or an election in my life. I don't know. I guess I would like to run for office."

Teresa Hernandez runs a vibrant little shop in NoDa called Pura Vida Worldly Art, where she balances her laid-back lifestyle with running a business. She knows the 35,000 people expected for the DNC will boost her bottom line. "It will bring more money in. That's just a fact," she said. "It has to."

But to Hernandez, some of the benefits of hosting the large confab of enthusiastic Democrats are less tangible. "What I hope is that it brings people together, which is already happening," Hernandez, 42, said. "I see a lot of groups coming together and saying, 'Let's do this for the DNC,' and they're putting a lot of effort into it." Many of them are volunteers, she added, "doing it for free, because they want to showcase Charlotte. I hope they say, 'You know this is really fun,' and continue to do things like that after the DNC."

Joey Pepe plays bass for Side By Side, a Charlotte group Billboard Magazine named Best Unsigned Band from the Southeast in 2011. He's less interested in the convention's politics and more into the hype it could potentially bring the Queen City.

"I think it's going to be weird to turn on the TV and just see Charlotte for a straight week, all the places we go to," the 26-year-old said. "But that's why I'm super excited. It will help us to become that cool metropolitan city. We are not a small town by any means, but we don't get that respect, even on the East Coast, like Atlanta, New York, Philadelphia, etc. ... Saying that we're from Charlotte [afterward] might actually mean something."