The Other Woman: She's the Mann | Reviews | Creative Loafing Charlotte

The Other Woman: She's the Mann

Although he had co-starred in such hits as The Dirty Dozen, Rosemary's Baby and The Fury, writer-director John Cassavetes was primarily known as the father of independent cinema, thanks to such gritty, self-financed films as Shadows, Faces and Husbands. For his part, Nick Cassavetes, the son of John (who passed away in 1989) and actress Gena Rowlands, has embarked on a career that's nowhere near as distinctive, working as an actor in pictures like The Hangover Part II, Assault of the Killer Bimbos and the barely seen Farticus and directing such works as Alpha Dog, John Q and the box office hit The Notebook (his best movie behind the camera, as well as the only decent Nicholas Sparks adaptation to date). This isn't meant to disparage the latter filmmaker — it's just to warn moviegoers not to go see Nick's The Other Woman expecting John's A Woman Under the Influence. After all, if memory serves, I'm pretty confident that père Cassavetes' film didn't include a shot of a huge dog emptying his bowels on a living room floor, or a man suffering a bout of diarrhea in a sequence that seemingly runs as long as Iron Butterfly's "In-A-Gadda-Da-Vida" and Bob Dylan's "Desolation Row" played back to back.

Scatological humor aside, though, there are enough bright elements in The Other Woman that allow the film to occasionally rise above the mire, and chief among them is Leslie Mann. A gifted comedienne who has managed to shine even in small parts (as in The 40-Year-Old Virgin and The Bling Ring), Mann is terrific in this latest picture, one which finds her landing above-the-title billing alongside Cameron Diaz. Diaz stars as Carly, an accomplished businesswoman who's so enamored of her latest squeeze, the suave Mark (Game of Thrones' Nikolaj Coster-Waldau), that she informs her secretary (singer Nicki Minaj) that he might be the one. Unfortunately for Carly, she's eventually confronted by Kate (Mann), the wife she didn't know Mark had. Both hurt by the same scumbag, they become unlikely friends, and their number grows when they discover the wayward husband is seeing yet another woman, a stunner named Amber (Sports Illustrated swimsuit star Kate Upton). Believing that when it comes to fidelity, one's company, two's a crowd and three is an outrage, the trio of duped lovers elect to exact their revenge by all means necessary. 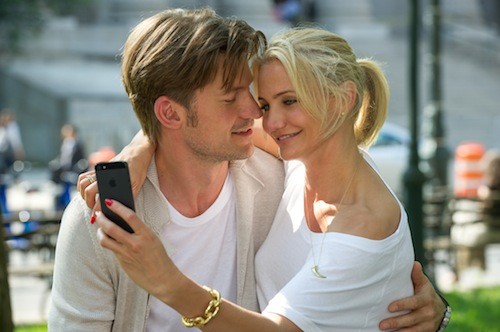 The script by screen newbie Melissa K. Stack won't ever face charges of being original, as its jilted-lovers-team-up concept swipes a page or 10 from John Tucker Must Die and The First Wives Club (heck, even Diabolique, if one wants to go further back). What it does deftly accomplish is nailing the dynamics between Kate and Carly, two disparate women who react differently to their betrayal but eventually find some common ground that allows them to become buddies. These two ladies — the characters and the actresses bringing them to life — work so well in tandem that the addition of the third woman, Upton's beach bunny, isn't even necessary. In fact, excise her from the scenario and you're left with the same story.

As long as it concentrates on the relationship between Carly and Kate — that is to say, the first half of the picture — The Other Woman offers a generous supply of laughs. It's only when the revenge angle takes over that the movie falls apart. The various ways in which Carly, Kate and Amber exact their revenge on Mark are either tepidly presented (tapping his offshore accounts? Yawn) or sloppily scripted (Mark unknowingly uses a lotion that causes his hair to fall out by the handful, yet subsequent scenes show him sporting the same full head of hair as before). And because we have to see Mark suffer physically as well as emotionally, there's also a lot of moronic slapstick incidents piled on before the close. There are absolutely no surprises in this second part of the film, a drawback when the storyline involves characters who are constantly trying to come out on top through subterfuge.

Former Miami Vice star Don Johnson, still looking as tanned as leather chaps, appears as Carly's womanizing dad; he's set up as one of the good guys, which is odd since he and Mark would probably have been BFFs under different circumstances. At any rate, he's even more sketchily drawn than the defecating dog. Upton isn't required to do much more than pout or smile on cue — and bounce at all times — but Diaz once again shows off her sizable comic chops. Yet this remains Mann's movie from the get-go. She's a riot, and it's a shame the studio marketing of this as strictly a female-friendly flick — on top of the refusal by many guys to even go see a movie fronted exclusively by women — will doubtless prevent her from finally emerging as a breakout star. But because it's a man's — not Mann's — world, she will just have to bide her time a while longer.