The Magnificent Seven, Southside With You, Sully among new home entertainment titles | View from the Couch | Creative Loafing Charlotte

The Magnificent Seven, Southside With You, Sully among new home entertainment titles 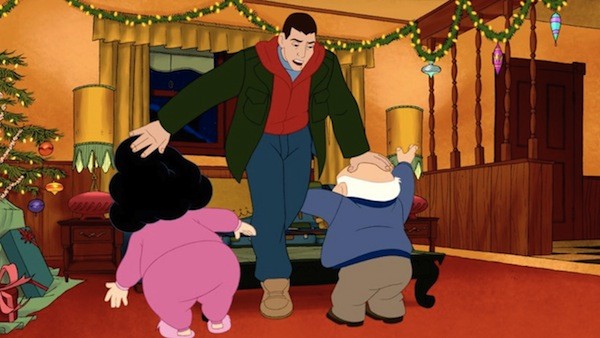 ADAM SANDLER'S EIGHT CRAZY NIGHTS (2002). Basically a frat-house version of Charles Dickens' venerable A Christmas Carol, Eight Crazy Nights, an animated feature for which Adam Sandler co-wrote the script, served as a producer and voiced three of the central characters, shows how an antisocial young man, turned rotten by a tragedy in his past, becomes a swell guy thanks to the efforts of a diminutive elderly gent. As is par for the course, the movie turns faux-sentimental in time for the fade-out, but before that, we're subjected to the usual Sandler gross-out humor, with the central set piece finding one character tumbling down a hill while trapped in a porta-potty. The various musical numbers (featuring songs with lyrics like "I don't decorate no trees ... But I'll give this old lady's melons a squeeze") are well-executed, but the movie's product placements travel far beyond the already shameful norm, as logos for (among others) Foot Locker and Victoria's Secret come alive to offer lectures on the meaning of Christmas. This corporate pimping is actually far more offensive than the scatological humor, which, had this been live-action rather than animated, would have earned the film an R rather than its more benign PG-13 rating.

There are no Blu-ray extras. 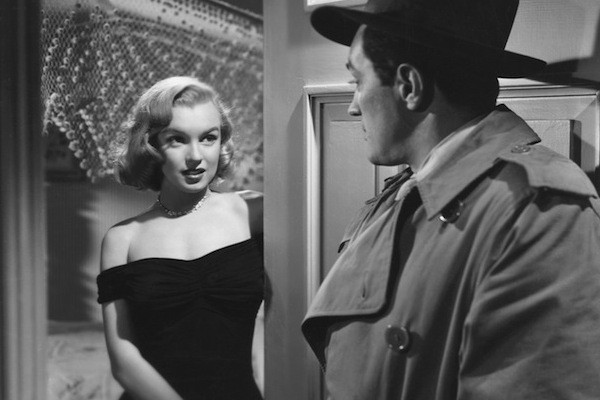 THE ASPHALT JUNGLE (1950). This film noir beauty from director John Huston largely set the template for Rafifi, The Killing and all of the other classic heist flicks that would follow in its wake. Sterling Hayden headlines as Dix Handley, one of the small-time hoods chosen by criminal mastermind Doc Riedenschneider (Sam Jaffe) to pull off a burglary that will net a million dollars worth of jewelry. As with most meticulously planned capers, though, petty differences and major double-crosses end up leading to a tragic outcome. Hayden, Jaffe and James Whitmore (as another member of the team) are all excellent, and, as the mistress of a crooked lawyer (Louis Calhern), Marilyn Monroe is memorable in her first significant screen role. In a formidable movie year that also birthed the likes of All About Eve and Sunset Boulevard, The Asphalt Jungle managed to snag four Academy Award nominations: Best Supporting Actor (Jaffe), Best Director, Best Screenplay (Huston and Ben Maddow), and Best Cinematography (Harold Rosson). 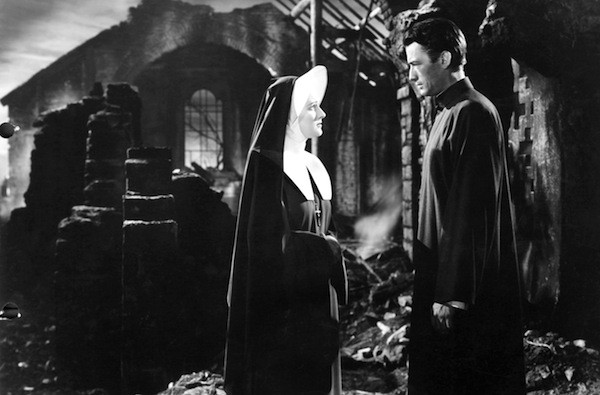 THE KEYS OF THE KINGDOM (1945). With just his second screen credit (following 1944's Days of Glory), Gregory Peck landed the first of his five career Best Actor Oscar nominations for his subtle performance in this adaptation of A.J. Cronin's novel. Working from a script by Joseph L. Mankiewicz and Nunnally Johnson, director John M. Stahl has fashioned a deeply spiritual drama about Father Francis Chisholm (Peck), a soft-spoken yet unorthodox priest who's sent to China to serve as a missionary. There, he seeks to establish strong connections with the locals while also running afoul of the strict Reverend Mother Maria-Veronica (Rosa Stradner). In an era in which Christianity continues to be soiled by money-grubbing evangelists and venal right-wing politicians, it's refreshing to come across a sincere tribute to the qualities that truly represent religious purity, with Father Chisholm accepting enough to call an atheist (Thomas Mitchell) his best friend and inviting enough to break bread with the Protestant missionaries who later set up camp near his residence. Stradner impresses as the testy Mother Maria-Veronica (the scene where she finally accepts Father Chisholm is extraordinarily moving), while Vincent Price is silky-smooth as Chisholm's opposite, the sort of holy man who's all about pomp and circumstance. In addition to Peck's Best Actor nomination, this earned three additional Oscar nods for Alfred Newman's score, Arthur Miller's cinematography, and the art direction-interior decoration. 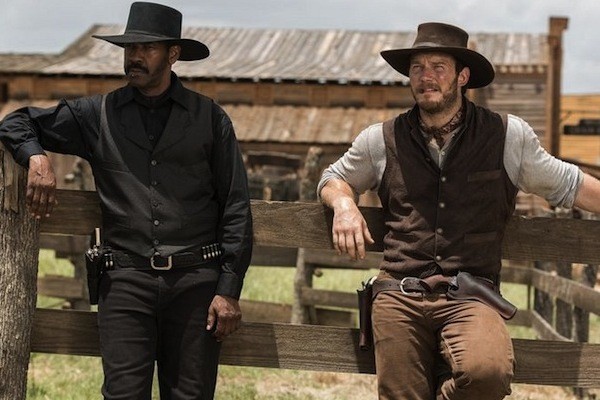 THE MAGNIFICENT SEVEN (2016). In this remake of John Sturges' 1960 Western classic (itself an Americanized version of Akira Kurosawa's 1954 Seven Samurai), the villain is no longer a Mexican bandit but rather a Yankee capitalist (Peter Sarsgaard, saddled with a ridiculous role) who wants to take over the town of Rose Creek and has his army of underlings gun down men and women alike to prove he's serious. A townswoman (Haley Bennett) whose husband is among the murdered takes it upon herself to search for men who can save them — she locates a state-sanctioned bounty hunter (Denzel Washington), and he in turns recruits the other six. Director Antoine Fuqua and scripters Richard Wenk and Nic Pizzolatto don't just offer carbon copies of the seven from the previous picture, but while it's admirable that the filmmakers forged their own path, it's also lamentable in that, overall, these men aren't nearly as interesting or as memorable as the 1960 models. Ethan Hawke's intensity keeps his character watchable, but Chris Pratt's patented shenanigans are less entertaining than usual, and while Washington only has to walk in front of the camera lens to project strength and charisma, his bounty hunter isn't nearly as engrossing as the taciturn heroes he essayed in, say, The Book of Eli or The Equalizer. The action scenes are well-staged if deeply impersonal — in fact, much of the film feels rote and mechanical, less a vibrant throwback to vintage Westerns and more a marketing campaign in search of meaning. In the 1960 version, the survivors ride off into the sunset; in this new take, we only see actors riding off in search of the next gig.

Blu-ray extras include an extensive making-of feature; deleted scenes; interviews with the actors; and a piece on the music. 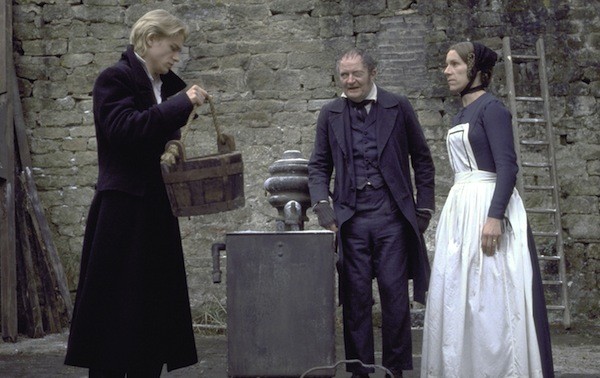 NICHOLAS NICKLEBY (2002). Charles Dickens' assorted works have been brought to the big screen on over 100 occasions, but the number of Nicholas Nicklebys can be counted on one hand with a few fingers tucked out of sight. This Nickleby has been pared down from the original text by writer-director Douglas McGrath — whereas the Royal Shakespeare Company's landmark stage production ran nine hours, this film clocks in at a little more than two hours. Yet this Reader's Digest approach is remarkably fluid and full-bodied, if lacking the full emotional wallop. As Nicholas, a decent young man determined to protect his family and friends from the harsh circumstances that seemingly dog their every move, Charlie Hunnam is passable (though rather modern, in that GQ-hunk sort of way); he's surrounded by an able cast of familiar faces, including Christopher Plummer, Nathan Lane, Timothy Spall and, in a pair of standout performances, Jim Broadbent as Wackford Squeers, the cruel head of a decrepit boys' school, and Jamie Bell as Smike, the abused orphan that Nicholas takes under his wing.

Blu-ray extras include audio commentary by McGrath; a making-of featurette; the theatrical trailer; and an isolated track of Rachel Portman's score. 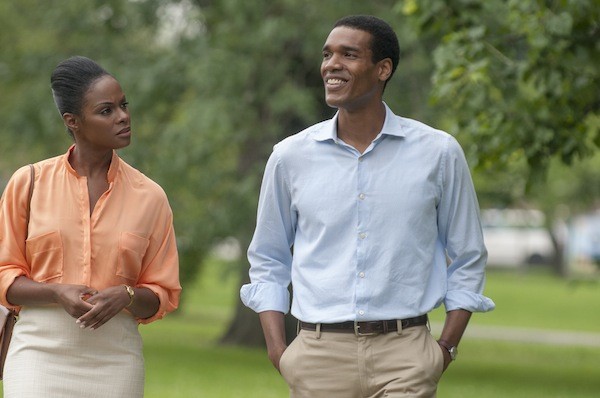 SOUTHSIDE WITH YOU (2016). Written and directed by Richard Tanne, Southside With You takes a look at the first date between Barack Obama and Michelle Robinson, an outing that (according to the film) set into motion the joint history that eventually found the pair getting married and, later, occupying the White House. Parker Sawyers and Tika Sumpter are perfectly cast as the young Barack and Michelle, who spend a day in 1989 checking out an art exhibit, seeing Spike Lee's Do the Right Thing, discussing the TV sitcom Good Times (Michelle amusingly notes that her family was more into The Brady Bunch), and engaging in a few slightly heated conversations. Southside With You is a sweet film, but recent events have also turned it into a bittersweet one. Watching these two classy, compassionate and intelligent people, we can't help but wonder if, in four years, someone will make a similar movie about Donald Trump, showing him taking his first dates to wrestling matches instead of art galleries and ending the nights by grabbing 'em by the — well, you know.

Blu-ray extras include audio commentary by Tanne and original artwork. 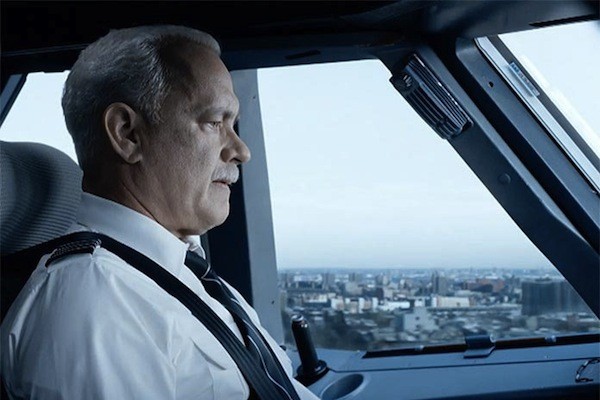 SULLY (2016). Clint Eastwood has long been one of the few reasonably sane right-wingers in this country (on gay marriage: "I don't give a fuck who wants to get married to anyone else!"), but he has unfortunately started to slip into Angry Old Man senility (chatting with empty chairs, supporting Trump's racist vitriol). Yet even as he's comfortably ensconced in his "Get off my lawn!" lifestyle, his work as a director largely remains concise and clear-headed. Even the so-so American Sniper, which attempted to turn sadistic killer Chris Kyle into an NRA-sanctioned Gandhi, stopped well short of seeming as it was overseen by Leni Riefenstahl. With Sully, Eastwood is on sturdier ground. It's unlikely there will be anyone who objects to the hagiographic treatment of Chesley "Sully" Sullenberger, the US Airways pilot whose quick thinking and deft maneuvers saved the lives of all 155 people aboard Flight 1549, that fateful NYC-to-CLT voyage that ended with Sully landing the plane (damaged by birds flying into the engines) in the Hudson River. According to this picture, Sully is decent, reserved, compassionate, and a true American hero, and, for once, real-life facts tend to corroborate a reel-life depiction of saintliness. Of course, most films desire some semblance of villainy to provide dramatic tension, and Eastwood and scripter Todd Komarnicki unfortunately turn decent National Transportation Safety Board investigators into grotesque naysayers (as one real-life NTSB member stated, "We're not the KGB. We're not the Gestapo."). Hanks brings quiet strength to the role of Sully, while Aaron Eckhart is funny and loose as co-pilot Jeff Skiles.

Blu-ray extras include a making-of featurette and a piece on the real Sully Sullenberger.