The Lovers marred by flaccid ending 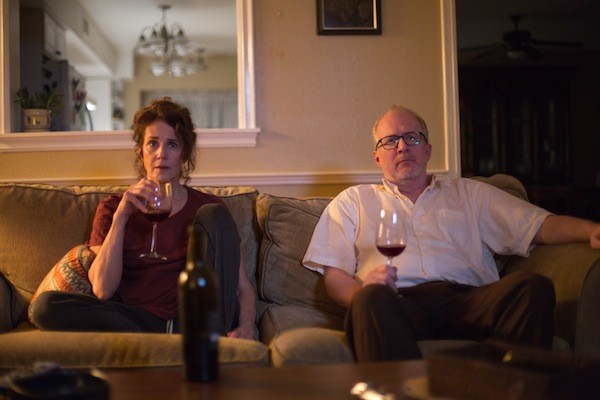 An art-house experience for older viewers not particularly interested in typical summer shenanigans, The Lovers stars Debra Winger and Tracy Letts as Mary and Michael, an unhappily married couple both enjoying affairs with other people. Mary is seeing a writer (Aidan Gillen) while Michael is dallying with a dance instructor (Melora Walters), and both are repeatedly being given ultimatums by their respective lovers: Tell your spouse that you’re leaving them, or else. While Mary and Michael each try to build up the courage to confess, they unexpectedly locate a burning ember among the cold ashes of their marriage. Suddenly, they’re in no real rush to seize that divorce.

Winger and Letts are excellent in the central roles, and writer-director Azazel Jacobs does a rather remarkable job of making these colorless and not particularly likable people interesting. The film loses its potency in the third act, though, with every action leading to a gotcha ending that’s too obvious, too facile and too clever for its own good. Too bad.