Part of the trouble with this word is that it has become such a normal part of our lexicon and is circulated continuously throughout our culture, specifically our popular culture. Popular culture is that precarious space where taboo subjects and controversial topics are supposed to be worked out -- but at what cost? In cultural and media studies, we are taught that in order for something to "work" or resonate with an audience member, he or she has to consciously or unconsciously identify with what is being said or represented. Even though some of us will not say the "N" word, we will receive it and representations of it, because we know that "niggers" do exist -- or if they don't, we want them to, theoretically.

"There is something in our contemporary culture that does not know how to deal with our duplicity in our language, which reflects the duplicity in our culture," says Beretta Shomade-Smith, author of Pimping Ain't Easy: Selling Black Entertainment and associate professor of Media Arts at Arizona State University. "People don't know how to deal with the complexity of language and culture, so they just say and do anything, which is how incidents like Richards' and Washington [Isaiah of Grey's Anatomy] surface." Language is further complicated by struggles over power and meaning in terms of who gets to use the "N" word, how it should be used, if it should be used, where it should be used, and when it should be used, which is something that society cannot agree on, and contrary to public belief, neither have black people.

DEA Agent Carver: "So, Officer Stevens. Do you know the difference between a black man and a nigger?"

Officer Stevens: "The nigger is the one that would answer that question."

Hang on to your seats: Black people are not monolithic, nor are we dualistic, which is a very Western way of looking at the world. This is why Jesse Jackson does not represent me, but he can represent for me, and me for him, on certain occasions. Like language, race is complicated, and because of racism (and sexism, and heterosexism, and ageism), many vibrant communities get reduced to one flat image that is allowed to rule over the many personalities and cultures within a larger group. Because of internal racism or the adoption of racist ideologies circulated in dominant societies, sometimes we turn on each other and assign ourselves to certain categories -- i.e. niggers and black people -- the idea of which is as ridiculous as there being a Good Witch and a Bad Witch in the wonderful world of Oz. Thus, the use of the "N" word has never been agreed upon anywhere, including the black community. 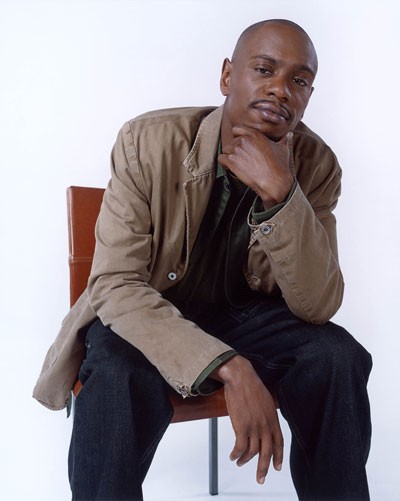 Without tracing the entire history of the word, "nigger" is a pejorative term used to demean and to humiliate people of African descent worldwide. During the 1960s, the term was "reclaimed" and "reworked" by black Nationalists who used the word to initially strip it of its power and eventually change the meaning of it completely into a term of endearment. Some thought that this was ridiculous and refused to use the word in any way because of its racist and demoralizing roots. Others used the word only when they were in the company of blacks who "understood" how it was being used, but never using it outside of that safe space.

In 1970, The Last Poets chanted, "Niggers Are Scared of Revolution." It was not an homage to the word as some erroneously believe; it was the opposite, challenging black people to not behave in a certain way. The Last Poets used the "N" word in many of their songs to unapologetically shed light on issues impacting the African-American community through music and language, giving birth to what eventually would become rap music. Ironically, the legendary rap group N.W.A. (Niggaz Wit Attitude) sampled the Last Poets' song, "Die Nigger," changing the words to "Real Niggers Don't Die" -- thus changing the original meaning of the song forever.

In an article written by Jabari Asim in The Washington Post, Jan. 8, 2007, Abiodun Oyewole, one of the original members of The Last Poets, discussed their use of the "N" word in their music: "Every time we used the word, we were saying this is what we should not be. One of the major focuses of the Last Poets was to eliminate the nigger in the black person so that we could get some sincerity and some work done." Oyewole also expressed his disdain at how the word and its intent have been misused by rap groups including N.W.A. "They heard it and liked what they heard but did not fulfill the responsibility of what the poem was actually outlining." For Oyewole and many others, the "N" word "is not made for public consumption. To make it a national public word to refer to ourselves is totally out of order."