The House Where Evil Dwells, 1984 among new home entertainment titles

KINGS GO FORTH (1958) / THE DETECTIVE (1968). Just yesterday, I was arguing with some idiot on Facebook who stated that Ice Cube doesn't qualify as an actor because he was a singer first. As I replied, "Ice Cube has been making movies for 25 years. If we can't call him an actor, then we also cannot call Frank Sinatra or Barbra Streisand or Mark Wahlberg actors." And just anyone try to deny Ol' Blue Eyes his hard-earned status as a thespian of the first order. Sinatra won an Oscar for his supporting stint in 1953's From Here to Eternity, but he excelled in other dramatic roles as well — two of which have recently been released by the tony Twilight Time label.

Kings Go Forth was released in the same year as another Sinatra flick, Some Came Running, and while it may have been overshadowed by that superb melodrama (do catch it, especially for Shirley MacLaine's heartbreaking turn), it's a solid picture in its own right. Sinatra and Tony Curtis star as two G.I.s serving in France during World War II — when they're not busy fighting Germans, they're both wooing the same woman (Natalie Wood), an American-born, French-raised beauty whose late father, as it turns out, was black. The wartime material is fairly standard (if well-executed), but the simmering theme of racism is honestly handled, and Sinatra is excellent (and entirely sympathetic) as a self-effacing sort who knows he can't compete with his less honorable friend's looks and charm. 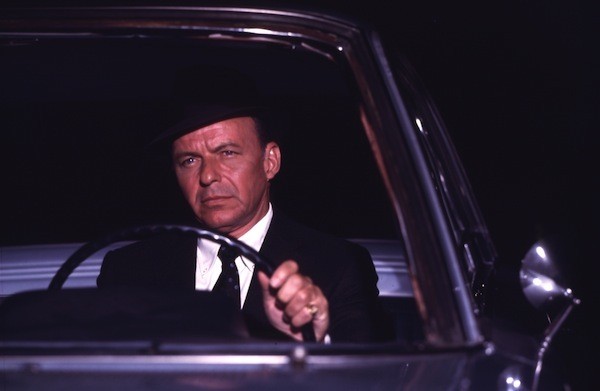 Sinatra moves from the hot-button issue of racism to the charged subject of homophobia with The Detective, an adaptation of the Roderick Thorp novel about NYC cop Joe Leland (Sinatra) and his realization that two of his cases are inextricably bound. Some of the content involving homosexuality now seems dated — and Tony Musante is awful as a gay guy who becomes a leading murder suspect — but as a police procedural, it's a compelling watch, and the large cast also includes Lee Remick as Leland's insatiable (and unfaithful) wife, Robert Duvall as the most hateful of his fellow detectives, and Jack Klugman as his friend and colleague. In 1979, Thorp penned Nothing Lasts Forever, a follow-up novel also featuring the character of Joe Leland. For the 1988 film version, the character's name was changed to John McClane, the role was played by Bruce Willis (Sinatra had turned it down in a previous incarnation), the movie was titled Die Hard, and the rest is history. 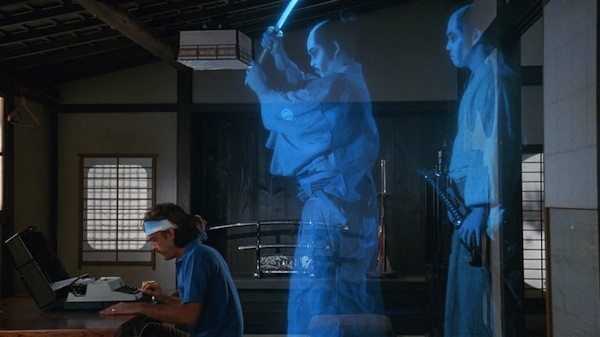 THE HOUSE WHERE EVIL DWELLS (1982) / GHOST WARRIOR (1986). Whereas the two Sinatra pictures covered above are sold separately, these two titles from Shout! Factory/Scream Factory appear on the same Blu-ray as a double feature (or, as the box copy states, "A Double Dose of Samurai Action!").

One of those movies that most people only saw because it played endlessly on HBO back in the day, The House Where Evil Dwells is an interesting misfire in which a married couple (Edward Albert and Susan George) and their young daughter (Amy Barrett) move to Japan, where their best friend (Doug McClure) has secured for them a traditional Japanese home. The abode's reputation as a haunted house proves to be accurate, with a trio of evil spirits (cuckolded husband, cheating wife and boy-toy lover) making life miserable for the new residents. Director Kevin Connor initially establishes a flavorful mood, but it gets frittered away thanks to some increasingly silly sequences and the general doltishness of the lead characters.

(As a personal aside, I briefly toiled under Connor when he came to Kenya to direct the 1984 TV miniseries Master of the Game, based on the Sidney Sheldon bestseller and starring Ian Charleson and Donald Pleasence. I — along with other International School of Kenya students — worked as an extra on the production; Connor was startled that my teenage film-buff self actually recognized his name from such previous credits as The Land That Time Forgot and At the Earth's Core.)

The disc's second feature, Ghost Warrior (aka Swordkill), hails from prolific producer Charles Band, a filmmaker who generally makes Roger Corman look like David O. Selznick by comparison. It's the story of a noble samurai (Hiroshi Fujioka) who's frozen in ice in Feudal Japan and thawed out by scientists in modern-day Los Angeles. The "fish out of water" angle is handled adequately enough, and Fujioka inspires sympathy as the befuddled hero. But Janet Julian's emoting as his L.A. friend is torturous to behold, and the third act is stridently lackluster.

NINETEEN EIGHTY-FOUR (1984). George Orwell's 1948 literary masterpiece Nineteen Eighty-Four (aka 1984) found itself honored with two major productions in the actual year of 1984. The first was a stage play performed by students at the International School of Kenya in Nairobi, with the central role of Winston Smith played by (ha) future Creative Loafing film critic Matt Brunson. The other version is this cinematic adaptation from writer-director Michael Radford (Il Postino), whose visuals capture the oppressive atmosphere of the novel even if his script can't quite convey the sheer horror (and chilling wordplay) whipped up by Orwell. The great cinematographer Roger Deakins (No Country for Old Men, Sicario) nabbed one of his earliest credits for this picture, providing a suitably desaturated look to this classic tale in which Winston (John Hurt) and Julia (Suzanna Hamilton), two workers toiling in a totalitarian state, engage in an illegal love affair before running afoul of Inner Party bigwig O'Brien (Richard Burton). Unlike the animated 1954 film of Orwell's Animal Farm, which absurdly tacked on a happy ending, this adaptation pulls very few punches. The final decade-plus of Burton's career found him earning awful notices for flop after flop (the only exceptions being 1977's Equus, for which he earned his seventh and final Oscar nomination, and the 1978 international hit The Wild Geese), so it was gratifying to see him exit the scene with a fine performance in a fine film — he passed away four months after its release, felled by a brain hemorrhage at the age of 58.

Blu-ray extras consist of the theatrical trailer and an isolated track of the music score by The Eurythmics. (There were in fact two different scores created for the film — the other is by Dominic Muldowney — but while both are offered here as soundtrack options for the film, only the Eurythmics version is available as a standalone listen.)