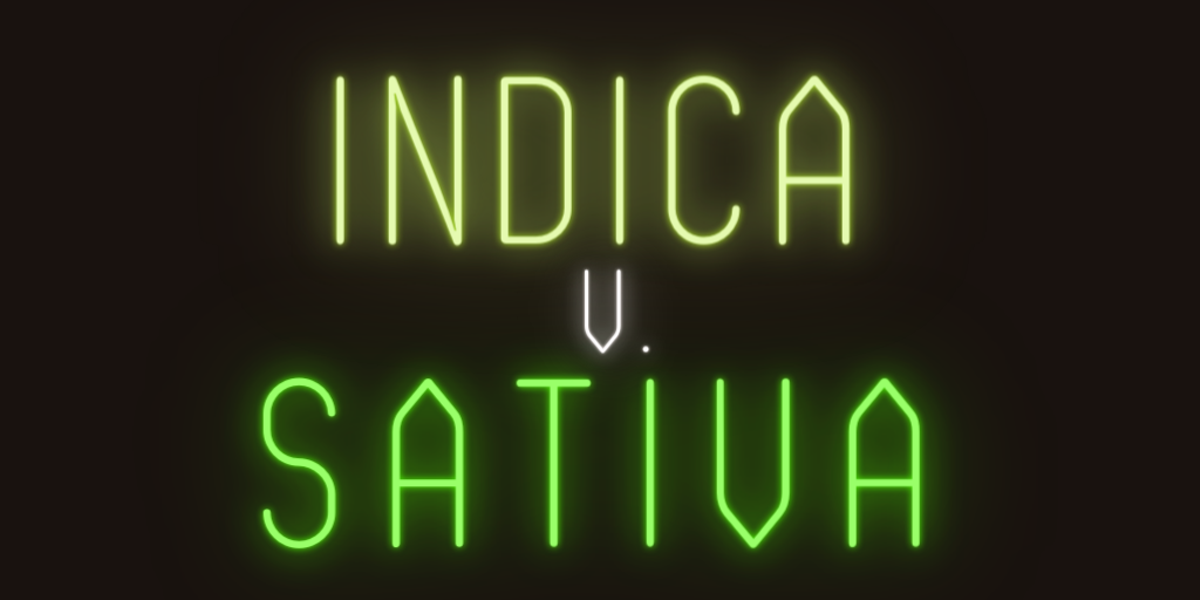 If you’re a first-time cannabis shopper you might find the whole process a bit overwhelming. There are many forms of THC, so many online dispensaries to choose from, and on top of all that, the cannabis plant itself is broken into different groups: Indica, Sativa, and hybrids. While the names look pretty cool, it’s quite important to know which strain has different effects.


Indica strains tend to be a bit more physically sedative, ideal for people who want to relax before bed or watching a movie. Sativa is known to be a bit more of a boost, uplifting, and invigorating, ideal for people who are about to do physical activity or something creative. Hybrids tend to fall somewhere in between and offer a good balance of a little bit of both. Though the names can be a bit tricky to remember which one is which, try to use the following sentence as a reminder:


Indica: “in da couch,” pretend this strain is supposed to be so relaxing that you’ll fuse right into the couch.


Sativa is known for giving off a ‘head high’ and Indica are usually associated with more of a ‘body buzz.’


If you take a closer look at the chemical ingredients inside both Indica and Sativa, you can see that both strains of the plant grow differently.


Cannabis plants contain a compound that has thousands of chemicals called cannabinoids. Cannabinoids are known to produce various different effects, some positive and some negative, for cannabis users.


The two main types of cannabinoids are tetrahydrocannabinol (THC) and cannabidiol (CBD).

THC is the main psychoactive part of the plant and is responsible for the feeling of getting ‘high’ or feeling euphoric. CBD is completely non-psychoactive and doesn’t produce a ‘high’ but instead gives off health benefits to reduce aches and pains, nauseous, and can even prevent anxiety, stress, depression, and seizures.


Sativa plants are often found in dryer climates like Africa, Central America, and Southeast Asia. Plants can grow to 12 feet high and Sativa tends to have lower doses of CBD and higher doses of THC.

Because of its stimulating effects, it’s not uncommon to smoke Sativa during the daytime.


Indica plants, often found in harsher climates, are short and wide with bushier leaves. Indica plants grow faster than their Sativa sisters and each plant grows with more buds. Indica plants tend to have higher levels of CBD and fewer amounts of THC, effectively the opposite of Sativa.

Because of its high level of CBD, Indica plants tend to be favored to be smoked at nighttime.


Hybrid plants are typically grown at farms or greenhouses using a combination of Sativa and Indica, the best of both worlds.


When you’re looking for the right strain of marijuana, you’re going to need to consider what is right for you. You need to plan ahead and decide what type of result you want from smoking. If you don’t want to get high at all, for starters, it’s crucial that you get a plant that exclusively has CBD and no traces of THC. It’s like a non-alcoholic beer. If you’re looking for a bit of a euphoric feeling, you’ll want to focus on a strain that has at least 14% THC content.


You’re also going to need to know your tolerance. Certain strains are considered good plants to start with for beginner smokers and others are much more potent and could be too strong for a first-time user.


While cannabis is an all-natural product that has no added manufactured compounds, you’ll want to consider its side effects which can sometimes be intense. Luckily, Sativa or Indica are not addictive and you can’t overdose on smoking too much, you’d simply just fall asleep.


Side effects for both plants include drowsiness, red eyes, an increased appetite, tiredness, anxiety, and sometimes increased feelings of self-consciousness.


When it comes to the different strains, it’s a terpene that determines the big time difference. The most common terpene that’s found in cannabis is called myrcene, a compound known to help sleep, aches, anxiety, and insomnia. If there is more than 0.5 percent of myrcene in a strain, it is considered an Indica. If the amount is under 0.5 percent, it would fall under the Sativa category.


Since the cannabis culture is starting to expand as it becomes legalized in more places around the world, the industry is starting to hit its stride as it generates more money. Because of that, new strains of cannabis are constantly being created. While some strains are better at dealing with nausea associated with chemotherapy, some are being developed that helps alertness and give off a creative effect. Cannabis has been known to be used on different ends of the social spectrum, some people use it to help ailments while others help it to get work done.


It all comes down to doing a little bit of research before selecting your strain of cannabis. If you’re on your way out to a movie, an Indica strain might be best suited for you. If you’re going to toss the frisbee around in a park, you might favor smoking a Sativa.


Unfortunately, there’s no better way to understand which type of cannabis is right for you unless you simply smoke both kinds. After taking in both plants at different times, you’ll really be able to notice the difference and can make a firm decision if you’re an Indica fan or a Sativa smoker. Plus, there’s always the option of going hybrid if you want a little bit of column A and a little bit of column B.