The devil went down to Louisiana 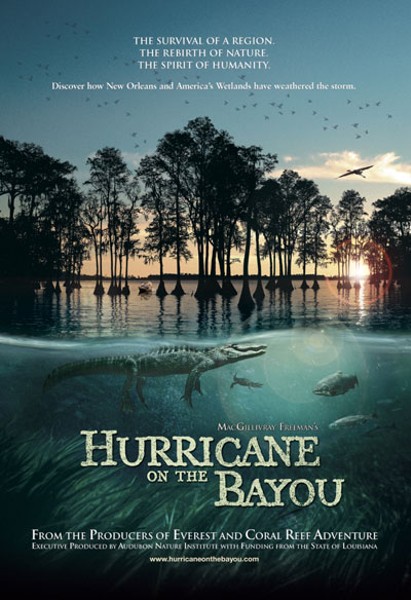 Money has been raised, books have been written, specials have been televised, and all that was missing was a movie. As fate would have it, that missing element has been fulfilled at last as New Orleans still struggles to get on its feet in the aftermath of Hurricane Katrina. The Weather Channel presents a MacGillivray Freeman Films and Audubon Nature Institute production, Hurricane on the Bayou. Narrated by Academy Award®-winning actress, Meryl Streep (recently seen as Miranda Priestly in The Devil Wears Prada), the story follows four musicians as they "discover" New Orleans leading up to the Katrina crisis, which hit during the middle of filming. The Charlotte Observer IMAX® Dome Theatre in will present the film through June 13. Tickets are $8 for ages 14-59, $7 for ages 2-13 and 60+ and free for children younger than 2. Visit www.discoveryplace.org or call 800-935-0553 for showtimes.