Blu-ray extras consist of trailers for Desperately Seeking Susan, Married to the Mob and Modern Girls.

BRING ME THE HEAD OF ALFREDO GARCIA (1974). While this Sam Peckinpah effort may register with many as a typical burst of nihilism from the maverick writer-director, it's actually the only film on which he had total creative control, with no studio interference whatsoever. As such, it's distinguished by some truly original moments but also marred by a ramshackle narrative that leans a bit too heavily on regurgitated themes and stylistic flourishes. Character actor Warren Oates essays a rare leading-man part as Bennie, an ex-pat American living in boozy withdrawal in Mexico. A local bigwig (Emilio Fernandez) offers a million dollars to the person who brings back evidence that Alfredo Garcia, the man who impregnated his daughter, is dead; thanks to Bennie's lover, a prostitute named Elita (Isela Vega), he knows that Alfredo has been killed in a car accident, but just because he's already a corpse doesn't make the job any easier. Out of the expected maelstrom of machismo and misogyny emerges a surprisingly affecting romance between Bennie and Elita, although much of the violence feels rather rote. Gig Young and Robert Webber are aptly menacing as a pair of gay assassins (appearing on the scene three years after Diamonds Are Forever's Mr. Kidd and Mr. Wint), while Kris Kristofferson, star of Peckinpah's 1973 Pat Garrett & Billy the Kid, pops up as a biker who terrorizes Bennie and Elita. 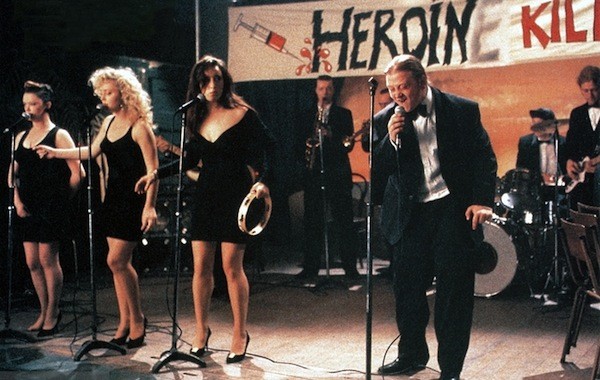 THE COMMITMENTS (1991). It's hard to picture the director of Midnight Express and Mississippi Burning as the modern answer to Vincente Minnelli, yet Alan Parker has helmed more English-language musicals (including Evita) than any other filmmaker over the past 40 years. The Commitments, an immeasurably entertaining look at a Dublin soul band, is not only the best of Parker's output, it's also one of the best rock & roll movies, period. The central figure is young Jimmy Rabbitte (Robert Arkins), a self-styled manager determined to carry on the legacy of James Brown and Otis Redding in his own struggling Irish community. He manages to cobble together a motley outfit that ends up exceeding his expectations, but the band members' clashing temperaments ultimately threaten to squash the whole project. The Commitments may simply be a cover band, but they're phenomenal beyond belief (it helps that Parker mostly cast real musicians), and their renditions of classics like "Try a Little Tenderness," "In the Midnight Hour" and "Mustang Sally," combined with the film's finely etched characterizations and wicked sense of humor (love the salty dialogue!), make this film pure pleasure on every level. Colm Meaney is delightful as Jimmy's Elvis-worshipping dad; the actor would later appear in the screen adaptations of the other two books in author Roddy Doyle's "Barrytown Trilogy," 1993's The Snapper and 1996's The Van. And if the character Outspan looks familiar, that's because he's played by Glen Hansard, who would later star in 2007's Once and win an Oscar for co-writing that film's popular song "Falling Slowly." Gerry Hambling earned a Best Film Editing Oscar nomination for The Commitments, the film's solitary nod.

Blu-ray extras include audio commentary by Parker; a making-of featurette; and interviews with Parker and select cast members.

THE JUNGLE BOOK (2016). Forget "The Bare Necessities"; the bare fact of the matter is that Disney's 1967 animated hit The Jungle Book, the most famous film version of Rudyard Kipling's stories, is the least effective of the various celluloid adaptations. Far better are the 1942 British production starring 18-year-old Sabu as Mowgli, the underrated 1994 take with 28-year-old Jason Scott Lee in the primary role, and this new edition featuring 12-year-old newcomer Neel Sethi as the young boy raised by wolves. When the ferocious, man-hating tiger Shere Khan (Idris Elba) makes it clear that nothing will stop him from killing the child, it's decided that Mowgli will be taken to live with his own kind, escorted in his journey by the noble panther Bagheera (Ben Kingsley). But the trip doesn't go as planned, with Mowgli encountering the likes of the snake Kaa (Scarlett Johansson), the ape King Louie (Christopher Walken) and the bear Baloo (Bill Murray). In much the same manner as Kenneth Branagh's enchanting Cinderella last year, director Jon Favreau and scripter Justin Marks have crafted a film that manages to pay tribute both to the original tale as well as its animated adaptation. More importantly, their movie employs CGI to dazzling, seamless effect, resulting in an immersive viewing experience rather than the distancing sensation often created by motion pictures that live and die by the computer. Idris is menacing as Shere Khan, Johansson is an interesting choice for Kaa, and Walken gives us a Louie who almost belongs in a live-action gangster or horror flick. As for Murray, he's an expected scene-stealer as Baloo, and I'm all for more Jungle Book pictures if it prevents him from lending his vocals to any more infernal Garfield atrocities.

Blu-ray extras include audio commentary by Favreau; a making-of featurette; and a piece on Sethi. 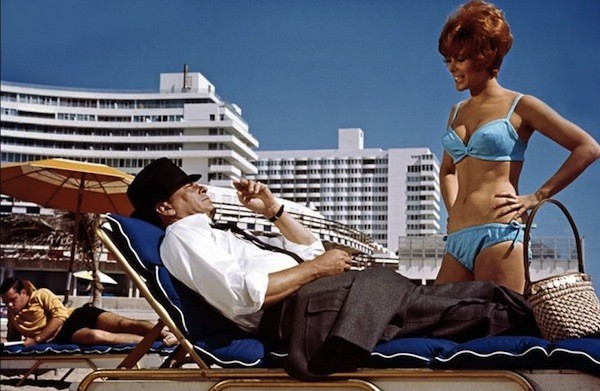 TONY ROME (1967) / LADY IN CEMENT (1968). Frank Sinatra spent two years in the 1960s playing tough private eyes in a trio of pictures directed by journeyman Gordon Douglas. The 1968 drama The Detective, with Sinatra playing Joe Leland in an adaptation of Roderick Thorp's bestselling novel, was released on Blu-ray earlier this year by the Twilight Time label; now, the same outfit has seen fit to offer the Blu-ray for both 1967's Tony Rome and 1968's Lady in Cement — a logical double feature since both titles find Ol' Blue Eyes essaying the part of Rome in adaptations of Marvin H. Albert's novels Miami Mayhem and The Lady in Cement.

Tony Rome features the sort of winding plotline and tough-guy characterizations familiar to fans of '40s film noir, those down-and-dirty classics that usually found someone like Humphrey Bogart smacking around someone like Elisha Cook Jr. while still finding time to flirt with dames. Sinatra's Rome is a shamus who's tackling a couple of mysteries involving the members of the wealthy Kosterman family: dad Rudy (Simon Oakland), stepmom Rita (Gena Rowlands) and daughter (Sue Lyon, Kubrick's Lolita). As he tries to keep pace with the copious clues, he finds time to flirt with socialite Ann Archer (Jill St. John) and manages to aggravate his friend on the police force, Lt. Santini (Richard Conte). 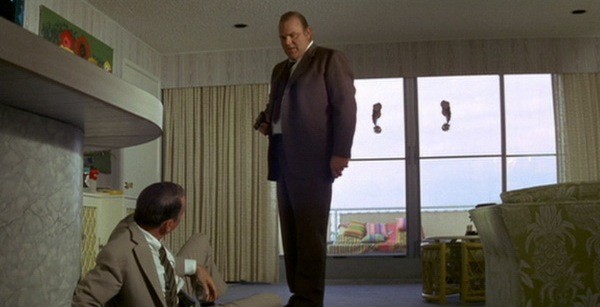 Aside from Sinatra, Conte is the only cast member returning for Lady in Cement, which isn't quite as polished as its predecessor yet offers enough of merit to make it a mildly diverting watch. This one opens with Rome discovering the titular corpse at the ocean bottom; only later, when he's hired by a physically imposing bruiser named Gronski (Dan Blocker) to locate a missing woman, does he begin to note a possible connection. Raquel Welch is (as was often the case) a washout as Rome's new romantic interest/possible suspect; the most ingratiating turn comes from Blocker (Hoss on TV's smash show Bonanza) in a rare big-screen appearance.

Blu-ray extras consist of audio commentary on Tony Rome by film historians Eddy Friedfeld, Anthony Latino, Lee Pfeiffer and Paul Scrabo; theatrical trailers for both movies (with the one for Lady in Cement repeatedly and amusingly referring to Blocker as "Dan 'Bonanza' Blocker"); and isolated tracks of Billy May's score for Tony Rome and Hugo Montenegro's score for Lady in Cement. 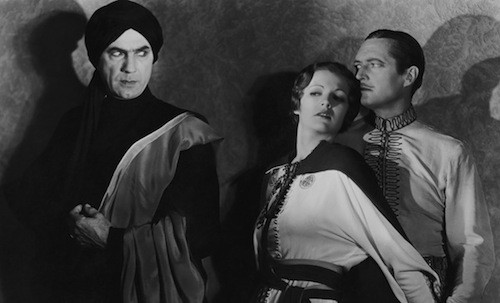 CHANDU THE MAGICIAN (1932). An adaptation of a popular radio serial, this casts dull Edmund Lowe as the title character, who uses his hypnotic abilities to prevent the evil Roxor (Bela Lugosi) from ruling the world with the help of a powerful death ray. This programmer benefits from solid production values — it was shot by the legendary James Wong Howe and co-directed (with Marcel Varnel) by renowned art director William Cameron Menzies — but the story and acting are strictly amateur hour. Incidentally, Lugosi took over the role of the heroic hypnotist for the 1934 serial The Return of Chandu.

Blu-ray extras consist of audio commentary by Lugosi biographer Gregory William Mank; a retrospective featurette; a restoration comparison; and trailers for the Lugosi films The Black Sleep and White Zombie. 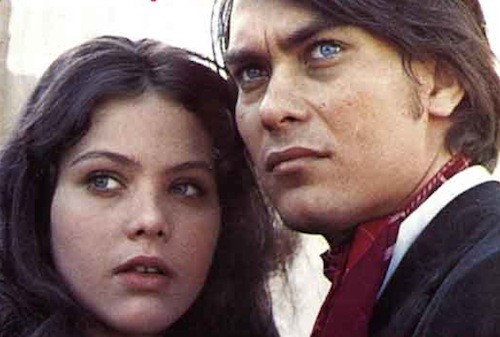 LA MOGLIE PIÚ BELLA (THE MOST BEAUTIFUL WIFE) (1970). All of 14 when filming took place, Ornella Muti would witness her debut feature open a mere three days after her 15th birthday, and just like that, a star was born. Muti, now 61 and with roughly 100 screen credits to her name, is perfectly cast in this shocking based-on-fact drama about a Sicilian girl who's raped by a local Mafioso (Alessio Orano) and then, as was the long-standing and outmoded custom of the time, is expected to marry him in order to restore her honor. Instead, she chooses to fight back, disrupting her community and, in the long run, Italian society at large. Director and co-writer Damiano Damiani unfolds the story with patience, laying out the sociopolitical attitudes and class discrepancies before having his brave and strong-willed heroine tackle them head-on.

Blu-ray extras consist of an introduction by Damiani; new interviews with Damiani, Orano and others; the theatrical trailer; and an isolated track of Ennio Morricone's score. 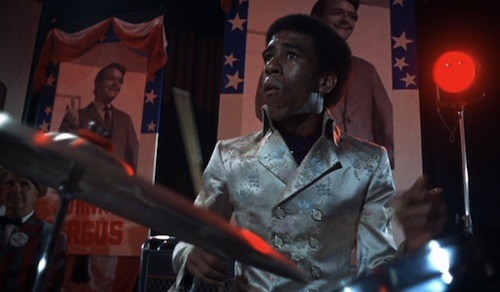 WILD IN THE STREETS (1968). Wild in the Streets certainly didn't lack for success: It was a box office winner, it later became a cult favorite, it earned an Oscar nomination (a rarity for an AIP production) for Best Film Editing, and it led to both a hit soundtrack and a hit single ("Shape of Things to Come"). But even acknowledging it as a sign of the times, it comes off as awfully obvious in its satiric implications, making easy points while limping its way toward a daft denouement. Christopher Jones plays rock star Max Frost, who teams up with a U.S. Senator (Hal Holbrook) in order to pursue his own goals of having the voting age lowered to 14 and everyone 30 and over deemed irrelevant. Shelley Winters appears as one of her patented harridans (in this case, Max's mom), while Richard Pryor turns up in only his second film appearance, co-starring as drummer Stanley X.