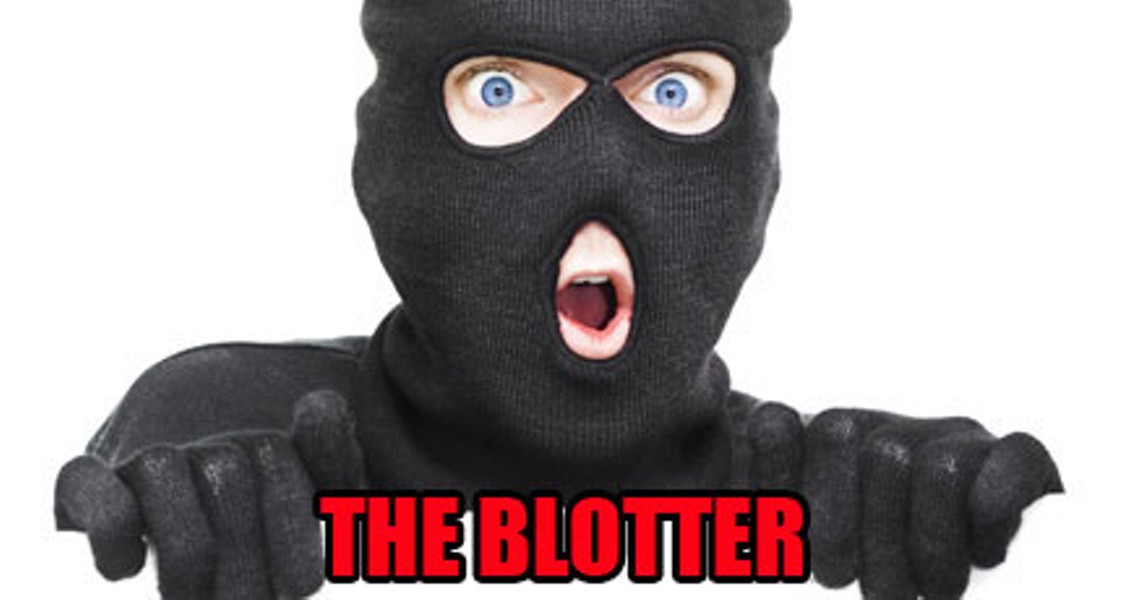 The Season for Taking An unknown male suspect is about to experience the wrath of bad Christmas karma after stealing a Salvation Army bucket of donations. Police responded to the Salvation Army near Park Road after the suspect fled the scene with $150 in cash donations and the iconic red bucket.

Shirts for Days 'Tis the season of stolen packages off our porches. A 55-year-old man fell victim to the package-stealing crisis that is a regular problem throughout the city but esacalates during the holiday season. An unknown suspect will be able to open up a clothing store with his take from one victim's east Charlotte porch, as the thief managed to steal a box containing six dozen t-shirts valued at $1,200.

Cosplay A 30-year old woman also fell victim to the roving theives targeting Christmas packages when a box delivered by USPS was stolen from her front porch in north Charlotte. This time, the victim's dog was the one who won't be receiving their present, although it's not clear the dog would have been too excited had he received it. Instead of stealing 72 shirts, the thief unnowingly took just one outfit, and it was a "Spongebob dog outfit," according to the report. Good luck fitting into that.

Dippin' and Boppin' There's nothing we wouldn't do for the perfect dipping sauce, except for maybe assault a man while stealing a bottle. That's exactly what happened last week at American Deli when a suspect struck an employee while trying to steal sauce one night at around 7:30 p.m. The victim suffered minor injuries, but toughed it out and refused medical treatment from first responders.

Shrimp Hand Perhaps the same suspects were to blame for an incident that happened at a Harris Teeter in Matthews, when two victims became violent while trying to steal a bag full of shrimp. As the suspects were approached by an employee, one stated he had a gun. They then made their getaway to go meet up with the guy who had just stolen the dipping sauce to dip their shrimp in.

Game Over A 33-year-old man and his friend must have had a rough match of Call of Duty or NBA 2K18 last week, because it ended with the friend completely trashing the victim's Xbox. The 30-year-old victim reported the friend for pouring water on his Xbox inside the victim's east Charlotte home. But the sore loser wasn't finished yet, as he keyed the victim's 2014 Cadillac and slashed the rear tire, doing $750 in damage to the vehicle. Anyone up for a game on the ol' PlayStation?

With Friends Like These Note to all persons hosting dinner parties this season: lock your valuables away and trust noone. A 38-year-old woman learned this the hard way when she discovered after a recent party that some of her expensive jewelry was missing. The victim stated her guests had access to her bedroom during the party, and stole three pieces of jewelry, including a diamond wristband worth $1,800. In total, the sneaky backstabber made off with $2,700 in jewelry.

Midnight Snack From greedy friends to desperate burglars, two thieves in south Charlotte made off with a petty take after breaking into a school in south Charlotte last week. Police responded to Montclaire Elementary School at around 2 a.m. after interior alarms were triggered by the suspects. The hungry men were gone by the time officers arrived and found that the suspects had stolen one box of Goldfish crackers and some miscellaneous candy valued at $15.

That Fresh Feeling Police responded to another petty shoplifting shoplifting call recently at Ulta Beauty in Cotswold after a woman shoved an already-used product in her pants and left the store. Employees told police the suspect walked into the store, went straight to the perfume section and snuck the tester bottle between her shirt and belt line before walking out.

Technology The Minnesota Vikings will come to town this weekend, but one Steele Creek man won't be there after being ripped off by a man who tried to play him for a fool. The man told police he found tickets to the December 10 game for sale on Craigslist, and sent the suspect $150 for them. The suspect then sent him the tickets — well, a picture of the tickets ... sent in an email. The victim called the crew at Bank of America Stadium who informed him — probably in between chuckles — that you most certainly cannot get into the game with a picture of tickets you received in an email. The suspect originally told the victim he thought it would work and promised to refund his money, but has since stopped answering all calls and emails.

All stories are pulled from police reports at CMPD headquarters. Suspects are innocent until proven guilty.