The best & worst of the Godzilla films 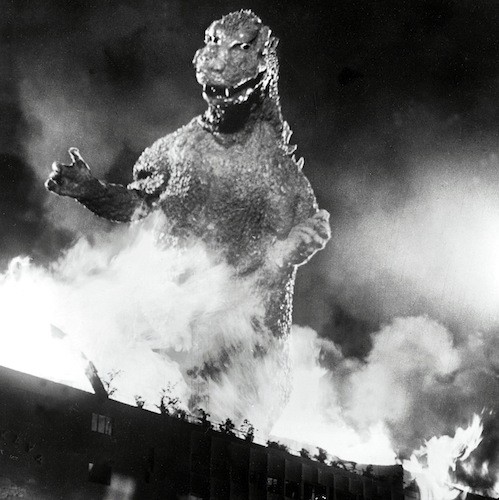 5. Godzilla, Mothra & King Ghidorah: Giant Monsters All-Out Attack (2001). The 25th installment of the Godzilla series tells the story of a Godzilla possessed by the spirits of Japanese soldiers who died in World War II. He returns to destroy Japan, but the Japan Self-Defense Forces seek out three of Earth's guardians — Mothra, King Ghidorah, and Baragon — to help stop him.

4. Godzilla vs. Destoroyah (1995), aka Godzilla vs. Destroyah. We discover that, as a result of exposure to radiation, Godzilla's massive heart is basically one big thermonuclear reactor. On the verge of a meltdown, Godzilla must defeat the demonic Destoroyah, easily one of Godzilla's most threatening enemies. The film is one of the more emotionally affecting entries in the series.

3. Godzilla vs. Mechagodzilla (1974), aka Godzilla vs. Bionic Monster and Godzilla vs. Cosmic Monster. In this film, Godzilla squares off with a giant robotic doppelgänger controlled by the ape-like aliens of the Third Planet from the Black Hole. Also, shout-out to King Caesar and Anguirus, two other legendary Toho monsters that make appearances.

2. Gojira (1954). Directed by Ishirô Honda, the original Gojira tells the somber story of a giant monster, mutated by nuclear radiation, who ravages Japan and brings back the horrors of World War II's nuclear devastation to the very nation that experienced it first-hand. The American version, Godzilla, King of the Monsters!, appeared in 1956; it utilizes much of the original Japanese footage but also splices in new scenes of actor Raymond Burr as an American reporter.

1. Mothra vs. Godzilla (1964), aka Godzilla vs. the Thing. Honda's 1964 monster mash-up, the fourth film in the Godzilla series, is the one that made me a lifelong fan of kaiju cinema. When Godzilla goes on a rampage, twin fairy princesses sing a song to awaken their god Mothra, a kind and benevolent — and giant — moth that serves as the Earth's protector. Mothra vs. Godzilla is the best of the Godzilla sequels and my personal favorite. 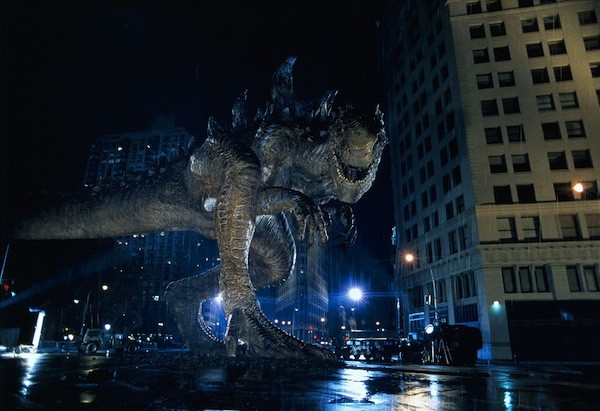 5. Godzilla vs. SpaceGodzilla (1994). Godzilla's DNA is exposed to intense radiation from a black hole; the celestial fission creates an extraterrestrial monster that looks like Godzilla's evil twin, with crazy space crystals coming out of his back. This "SpaceGodzilla" comes to Earth, where it gets entangled in a boring, nonsensical plot and a few half-hearted battles with Godzilla.

4. Godzilla vs. Megaguirus (2000). Sure, there are some entertaining monster battles and impressive practical effects, but there's also some truly crappy-looking CGI that makes this feel like a SyFy Original joint. The villain, Megaguirus, is another problem — a giant flying insect that looks like the illegitimate offspring of Mothra and Battra. There just isn't a lot of creativity (or fun) going on in this forgettable installment.

3. Godzilla's Revenge (1969), aka All Monsters Attack and Minya: The Son of Godzilla. Ichiro, a little boy terrorized by a gang of bullies, escapes his loneliness by daydreaming about visiting Monster Island, where he befriends Minilla (aka Minya), the son of Godzilla. When Godzilla does appear, it's mostly just stock footage from earlier films. Also, Minilla can inexplicably change size and speak English — it's downright wacky, like watching Wicket speak English in Ewoks: The Battle for Endor.

2. Son of Godzilla (1967). Oh great, more Minilla — the Jar Jar Binks of this franchise. This is another silly, kid-friendly entry in the franchise; the only good thing about it is getting to see Minilla get hit in the face by a giant rock.

1. Godzilla (1998). It's hard to even consider Roland Emmerich's blockbuster blasphemy a Godzilla film. Emmerich's Godzilla is an oversized iguana that displays none of the iconic creature's personality or key features. Toho Studios, the creators of Godzilla, refuse to recognize the film and refer to the monster as a separate creature called "Zilla." Zilla makes a cameo in 2004's Godzilla: Final Wars, only to get destroyed by the real Godzilla in a fight that lasts mere seconds.