The Best and Worst Films of 2018 | Reviews | Creative Loafing Charlotte 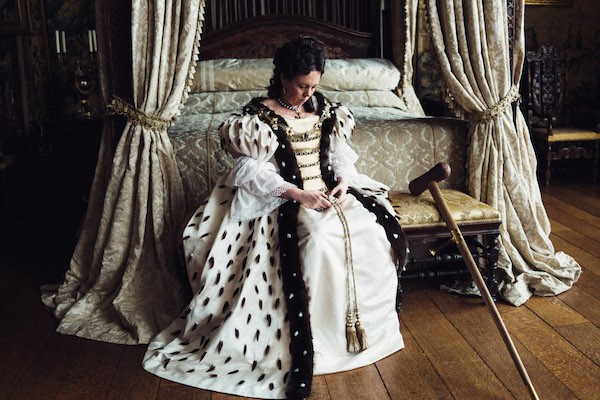 It was just last month that Mary Poppins returned to movie theaters across the globe, accompanied by a classic phrase that was immortalized when she first hit the screen back in 1964. But while the no-nonsense nanny remains “practically perfect in every way,” the same can’t quite be said about the cinema of 2018.

Make no mistake: There were many exemplary movies released over the course of the past 12 months. Audiences certainly thought so, as the period set a box office record with a total domestic haul of $11.8 billion (breaking the previous record set in 2016). But personally speaking, this hardly ranked as the best of times when it came to motion pictures that left their mark in my head or in my heart. It’s the first time since 2012 (the year of Argo, Silver Linings Playbook and Life of Pi) that I didn’t hand out a single four-star review, as nothing burrowed into my soul in quite the manner of such year-topping efforts as Arrival, Up in the Air, No Country for Old Men and Far from Heaven (to name but four 21st century masterpieces).

Still, why grouse? Even if they didn’t completely hit the sweet spot, there were still plenty of worthwhile movies released in 2018, enough to easily compile a Top 20.

Of the 140 films I viewed over the past 12 months, here are my picks for the 10 best movies of 2018, followed by 10 worthy runners-up and other assorted superlatives. Alas, budget cuts unfortunately resulted in a 5 Worst list instead of the usual 10 Worst list. Just kidding; the real reason is that I skipped so many of the apparent turkeys that are clogging other critics’ 10 Worst lists — Gotti, Death of a Nation, Slender Man, The Cloverfield Paradox, etc. — that it seemed churlish to include such bad-but-not-painfully-and-excruciatingly-bad movies as The Hurricane Heist and The House with a Clock in Its Walls just to meet a quota.

1. THE FAVOURITE (Yorgos Lanthimos). The best film of 2018. The climactic comeuppance and abrupt ending could both be stronger, but otherwise, this outrageous period piece — basically All About Eve with corsets — is a smashing success. Yorgos Lanthimos directs with flair, the exceptional screenplay by Deborah Davis and Tony McNamara cuts like a dagger, and a perfect cast is anchored by Olivia Colman as the sickly Queen Anne and Rachel Weisz and Emma Stone as the two women who compete for her attention and affection. It’s a historical drama, an acerbic comedy, and a poignant love story all rolled into one rollicking package.

3. ROMA (Alfonso Cuaron). Alfonso Cuaron is known for directing such cinematic gems as Children of Men and Y Tu Mama Tambien, but this time, it’s personal. The helmer here loosely draws from his own childhood experiences to fashion a leisurely and loving look at a family living in Mexico City in the early 1970s. The focus is primarily on the family’s live-in maid Cleo (a wonderful turn by non-professional Yalitza Aparicio), and her triumphs and travails form the backbone of a richly textured and humanistic story.

4. THE HATE U GIVE (George Tillman Jr.). From BlacKkKlansman to Blindspotting to Beale Street and beyond, the issue of systematic racism informed many a movie in 2018. Yet slipping through the cracks was the most affecting one of all, a powerful adaptation of Angie Thomas’ novel (scripted by the late Audrey Wells) about an African-American teenager (Amandla Stenberg) whose sociopolitical consciousness is awakened after she witnesses her close friend (Algee Smith) fatally shot by a white cop.

5. THREE IDENTICAL STRANGERS (Tim Wardle). In a stellar year for documentaries, this emerged as the best of the bunch. It starts out as a feel-good human interest story — three adopted Jewish-American siblings learn of each other’s existence at the age of 19 and become buds — before morphing into something decidedly darker and disturbing. “This is like Nazi shit,” notes one of the trio, and this compelling film ends up examining a myriad of subjects, not least being a contemporary analysis of “the banality of evil.”

6. A STAR IS BORN (Bradley Cooper). Nary a superhero could be found in the year’s best blockbuster, unless one counts the alter ego of Rocket Raccoon serving as both director and co-star. That would be Bradley Cooper, whose splendid remake of the oft-filmed tale demonstrates that good stories never die, they just patiently rest as filmmakers figure out how to bring back their sparkle. Yet Cooper’s greatest achievement turns out to be his generous support of Lady Gaga, a revelation in her first significant movie role.

7. WIDOWS (Steve McQueen). After various crooks are killed during a robbery that goes wrong, their wives (Viola Davis, Michelle Rodriguez and Elizabeth Debicki) are forced by outside aggressors to pick up where their husbands left off – by successfully planning and executing their own heist. Benefiting from its wealth of narrative, Widows doesn’t build on its competing plots as much as it dissects them, peering deep into their bowels and consequently spinning the film off in unexpected and exciting ways.

8. FIRST REFORMED (Paul Schrader). Paul Schrader has spent a huge chunk of his career examining the omniscient specter of violence — how it’s triggered, how it manifests itself, and how it’s ultimately settled. With this haunting and meditative work about a parish pastor (Ethan Hawke) experiencing a crisis of conscience, the writer of Taxi Driver, Hardcore and Light Sleeper has added another puzzle piece that allows the topic to snap into place, even if only temporarily.

9. LEAN ON PETE (Andrew Haigh). Emotions receive a brutal workout in the year’s most unjustly forgotten film, but they’re triggered not through shameless manipulation but through an honest and absorbing look at a young boy (Charlie Plummer) who forms a special bond with Lean on Pete, a racehorse no longer desired by its crabby owner (Steve Buscemi). This memorable drama feels raw and real, with many outstanding (and unpredictable) vignettes and an excellent performance by Plummer.

10. BLACK PANTHER (Ryan Coogler). The haters are gonna hate and the crackers are gonna crack, but this box office behemoth didn’t just earn its riches because it’s a representation, a rallying point, and a reckoning — it deserves its dough for also being one of the best of the solo Marvel adventures to date. A heady mix of William Shakespeare and Walt Disney — and with a few James Bond gadgets added to sweeten the deal — it ventures far beyond wham-bam-thank-you-Stan territory.

1. THE 15:17 TO PARIS Clint Eastwood has directed 37 motion pictures over the course of 41 years, yet none have been as painful to watch as this dramatization of a real-life incident in which young Americans Spencer Stone, Alek Skarlatos and Anthony Sadler (cast as themselves) heroically stopped a terrorist attack while vacationing in Europe. Only these climactic scenes convey any sense of genuine drama; the rest is shockingly devoid of Eastwood’s usual professionalism, crippled instead by amateurish performances, chintzy production values and ham-fisted dialogue.

2. RED SPARROW A former Russian ballerina (Jennifer Lawrence) reluctantly attends a so-called “whore school” where she learns how to mix sex with espionage. As a thriller, Red Sparrow is awfully turgid and utterly unbelievable, and whereas a superior spy caper chooses to wear its danger on its sleeve, this one is content to merely shove it into its jockstrap. After all, it’s hard to feel like a movie is striking a blow against misogyny when its camera leers as obsessively as a virginal frat boy at a strip club.

3. MILE 22 Director Peter Berg and actor Mark Wahlberg have made four movies together, but nobody will be equating them with Ford-Wayne, Kurosawa-Mifune or Scorsese-De Niro at any point in the near or far future. Easily the lamest of their collaborations, this badly edited action flick finds Wahlberg delivering a career-worst performance as a cranky, wise-cracking CIA operative whose groan-worthy quips and tough-guy posturing prove to be even more deadly than the copious bullets he fires at anything that moves.

4. THE GRINCH Illumination Entertainment, which previously performed a hate crime on the Dr. Seuss canon with the odious 2012 adaptation of The Lorax, returns with another cacophonous rendition that completely misses the irresistible charm and sly simplicity of the source material. The basic story remains the same, only we now find ourselves siding with the Grinch more than with the insufferable joy germs populating Whoville — surely not the angle anyone sought when making this garish cartoon.

5. ROBIN HOOD Fifty Shades Freed could have conceivably nabbed this slot — after all, its predecessors landed in the #1 and #3 spots on this list in their respective years — but since it’s a shade or two (though not 50) better than those previous efforts, I’ll give it a break and instead use this final space for this buffoonish boondoggle. A medieval makeover meant for millennials, Robin Hood suggests that Nottingham came equipped with its own Urban Outfitters and everyone spoke like bratty, entitled teenagers.