The Avengers: The gang's all here | Reviews | Creative Loafing Charlotte

The Avengers: The gang's all here

A devotee of the Marvel Comics Universe, writer-director Joss Whedon obviously approached his assignment on The Avengers with the proper degree of reverence. And it goes without saying that the nation's fanboys and fangirls are equally reverential as they line up to gaze in wonder at the first film of the 2012 summer movie season. Luckily, the characters on screen feel absolutely no need to exhibit a similar measure of respect and admiration: When billionaire Tony Stark, aka Iron Man (Robert Downey Jr.), addresses Thor (Chris Hemsworth), he calls the Norse god with the flowing locks "Point Break." 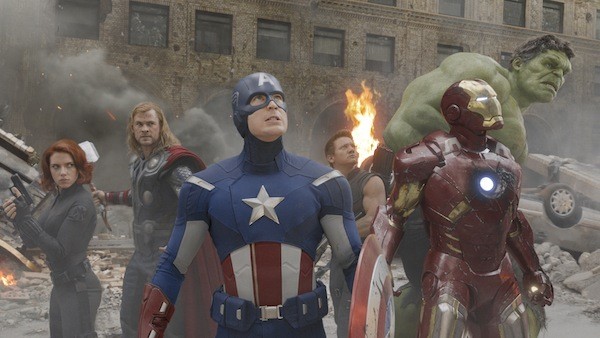 This hilarious reference to the 1991 Keanu-Swayze surfer flick — a film many youngsters might never have heard of, let alone seen — demonstrates that Whedon is in no way afraid to color outside the target-audience borders. The Avengers is, quite simply, a brainy and brawny blast for anyone who appreciates summer movies in general and superhero flicks in specificity. It's a culmination of numerous super-sagas that have been building toward this moment — 2008's Iron Man and The Incredible Hulk, 2010's Iron Man 2, and last year's Thor and Captain America: The First Avenger (2003's Hulk seems to have gotten lost in the wilderness) — and it manages to trump every last one of them. In this instance at least, too many cooks have not spoiled the broth, as Whedon and co-writer Zak Penn take care to insure that every character — even secondary ones like devoted government agent Phil Coulson (Clark Gregg) — has his or her moment to shine.

Directly stemming from plot points glimpsed in Thor and Captain America, this finds the God of Thunder's evil half-brother Loki (Tom Hiddleston) conspiring to get his hands on the Tesseract, a cosmic cube that will grant him unlimited power. Nick Fury (Samuel L. Jackson), head of the law-enforcement outfit S.H.I.E.L.D., realizes that it's going to take more than one hero to prevent the subjugation of our planet's people, so he sets about getting in touch with all pertinent parties. Steve Rogers/Captain America (Chris Evans), still adjusting to a post-WWII life (full details can be found in his own flick), and Natasha Romanoff/Black Widow (Scarlett Johansson) are quick to answer the call. Stark is more reluctant. And Bruce Banner (Mark Ruffalo), hiding out in an Asian jungle, is extremely reluctant, since he feels it's best to keep his alter ego, the rampaging Hulk, far away from civilization. The only hero who can't answer the call to assemble is Clint Barton/Hawkeye (Jeremy Renner), as he's presently under the mental control of Loki.

Admittedly, it takes time for Whedon and Penn to lay out the exposition — in fact, too much time, considering the Tesseract almost functions as a Hitchcockian MacGuffin, a plot device that holds dwindling interest for audience members. But once Whedon gets the film up to speed, he never looks back. The midsection is the best part, as the heroes spend more time battling each other than assessing the situation regarding Loki. It's putting it mildly to state that this is a veritable clash of the titans, with oversized personalities rubbing each other raw. Stark's cavalier attitude versus Rogers' lock-jawed stoicism provides most of the tension, but there's plenty of unease to go around.

As expected, Downey provides the bulk of the humor while Evans and Hemsworth provide the bulk of the beef. Johansson, a bit shaky in Iron Man 2 (or maybe I was still incensed that Emily Blunt had to give up the role because she was still working on — for God's sake — Gulliver's Travels), nicely comes into her own here, providing some softer moments to go along with the expected athleticism. Yet the surprising scene-stealer is Ruffalo, who provides Bruce Banner with a stirring soulfulness that was missing in the portrayals by Eric Bana and, to a lesser extent, Edward Norton. What's more, this is the first film to absolutely nail the Hulk, who in 2003 laughably looked like a video blip version of Gumby and in 2008 seemed shellacked in green plastic. Because the technical team has employed motion-capture rather than straight-up CGI, the Hulk not only resembles Ruffalo in his facial features but believably moves through the surrounding environments, a testament to the superb visual effects. 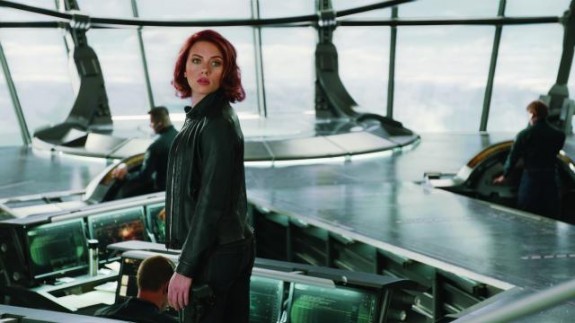 These effects really come to fruition during the final act, which is basically one massive battle on the streets of New York. Match up the mise-en-scenes here, where there's never any doubt of the spatial relationships as well as the simple dynamics of who's battling who, against the incoherent climax of last summer's depressing Transformers: Dark of the Moon. There's no comparison between the quality of filmmaking, and The Avengers shows that, at least for the time being, the summer blockbuster has returned with a vengeance.